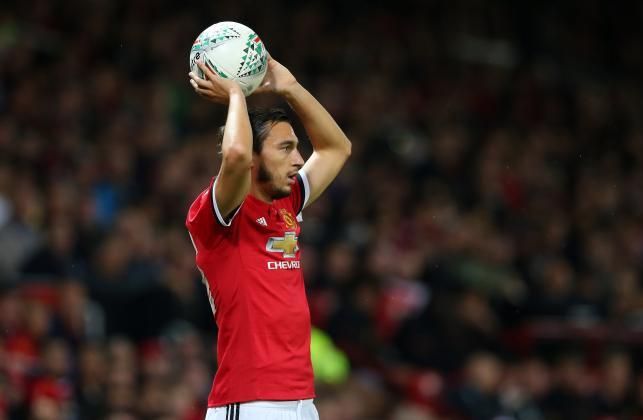 Matteo Darmian made his first Premier League start since October in Manchester United’s 2-0 win at Bournemouth on Wednesday night.

The Italian full-back has only made six appearances in the league this season and three of those were from the bench.

As a result it is widely-expected that the Italian international will leave Old Trafford this summer.  And we reported on Tuesday that Darmian would be open a move to Juventus if the opportunity comes.

There has indeed be speculation that we could sell the 28-year-old to the defending Serie A champions and current leaders, so much so that their CEO, Guiseppe Marrotta has spoken to the media about the speculation.

Marrotta has played down talk of Juventus signing Matteo Darmian this summer, quoted via the Manchester Evening News as saying:

“Matteo Darmian? No, nothing has been done there.”

Despite barely featuring for Manchester United this season Matteo Darmian continues to play for the Italian national team so he’s still highly-rated back home.

However, with Stephan Lichtsteiner being the regular right-back in Turin and Alex Sandro on the left it’s hard to see Darmian being a regular in Max Allegri’s side also.

There’s no doubt that Darmian will leave Manchester United over the summer, it’s just a case of which club will sign him.