Julen Lopetegui speaks on his future amid Man Utd link 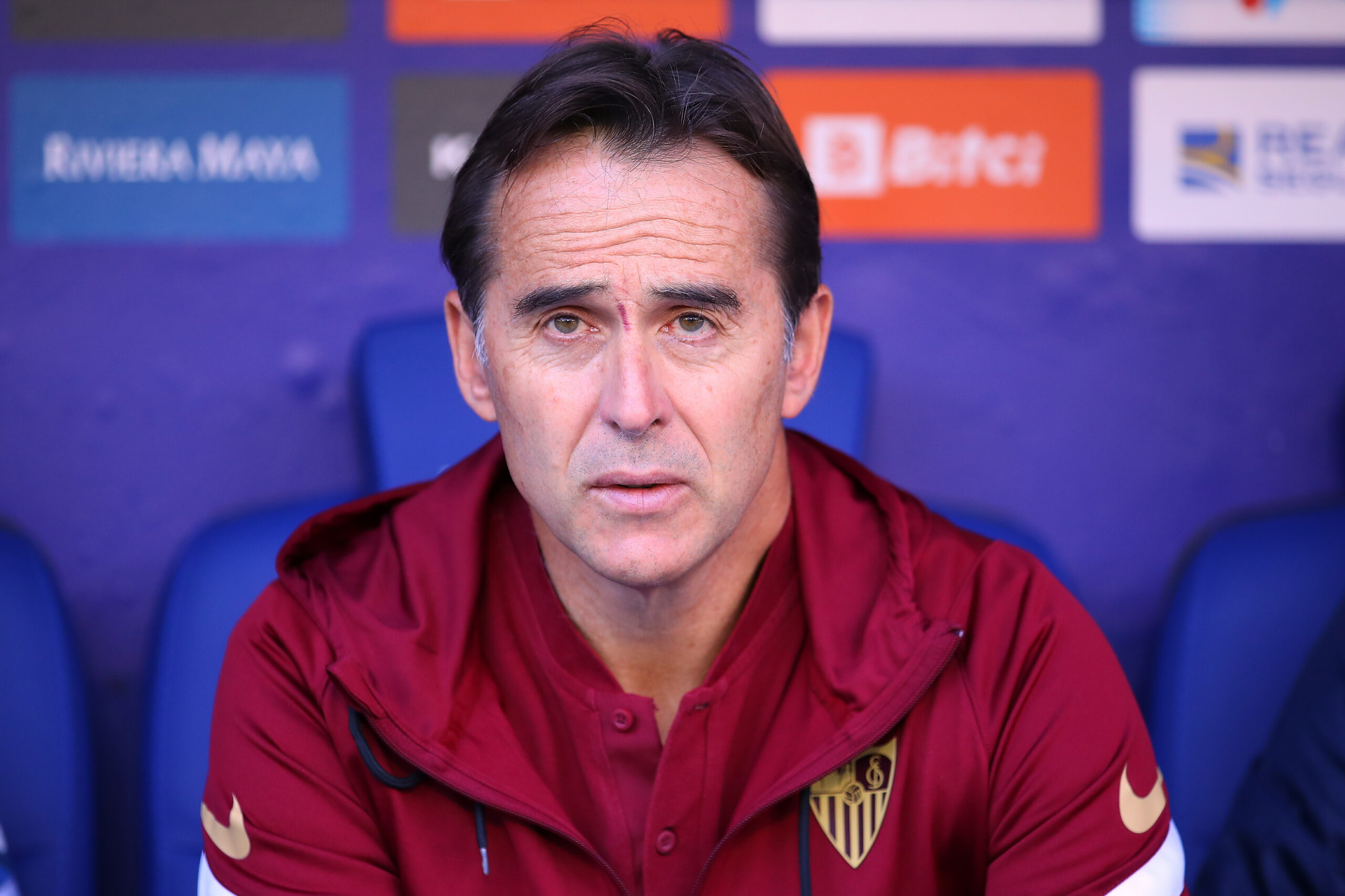 Sevilla manager Julen Lopetegui has insisted that he will be staying at the La Liga outfit next season amid the speculation linking him with Manchester United.

Lopetegui has been with the Andalusian club since the 2019/2020 campaign. He has guided them to successive top-four league finishes while also winning the Europa League.

Sevilla are currently vying for the league title alongside Real Madrid. His impressive work has reportedly caught the eye of United, who have him on their managerial shortlist.

However, the 55-year-old has now distanced himself from the speculation. In an exclusive interview with ABC, the Spaniard affirmed that he will continue with Sevilla next term.

He said: “I have transmitted it many times and I have said it. I am where I want to be. I’m happy. Here I can develop my work in the best possible way.”

“I have no doubt. My will is firm. I am where I really want to be. The confidence I feel in the club, from day one, is absolute.”

United have been busy with the process of recruiting their next manager. It appears quite clear that Ajax’s Erik ten Hag and Paris Saint-Germain’s Mauricio Pochettino are the main candidates.

Both have had their interviews with the club. There could be more options considered, but it seems unlikely that Lopetegui or Spain’s Luis Enrique will be in United’s dugout next season.

Lopetegui looks set to continue with Sevilla next term while Enrique has categorically dismissed the prospect of leaving Spain ahead of the World Cup finals in Qatar this winter.

United still have time to assess various candidates, but the hierarchy may ideally want an appointment made by May such that they can plan for this summer’s transfer window.

Ten Hag would be an ideal head coach with his track record of grooming young players at Ajax, but the vast Premier League experience of Pochettino can’t be ignored either.