Jose: “We are punished by the mistakes” 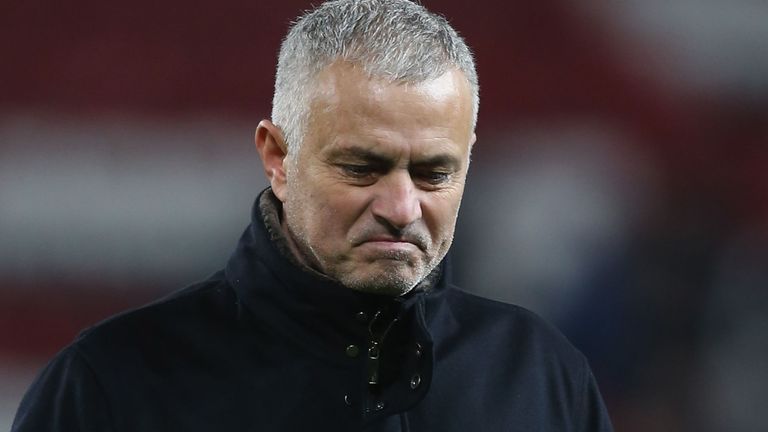 Manchester United were held 2-2 by Arsenal at Old Trafford this evening, dropping 10 points behind the top four following Tottenham Hotspur’s 3-1 victory over Southampton.

Bernd Leno may feel he could have done better with Anthony Martial’s equaliser in the first half whilst Sead Kolasinac’s short backpass assisted Jesse Lingard for his first goal of the season.

Speaking to BT Sport after the game, Jose Mourinho blamed our mistakes for the reason we failed to beat Unai Emery’s side:

“Sometimes during the match we shoot ourselves. This is the story of the season. We make mistakes and we are punished by the mistakes.”

19-year-old summer signing Diogo Dalot performed very well on his full debut at right-back this evening in place of the suspended Ashley Young, whilst captain Antonio Valencia was sidelined.

Marcos Rojo was making his first Premier League start of the season and had been playing very well before his howler midway through the second half that led to Alexandre Lacazette giving Arsenal the lead for a second time.

Paul Pogba was dropped to the bench and didn’t have time to make any impact after being introduced for the final 17 minutes when Arsenal controlled much of the possession.

Our hopes of qualifying for next season’s Champions League after looking very slim following victories for Chelsea and Tottenham Hotspur this evening. It is now three consecutive draws in the league for us before we host bottom of the league Fulham on Saturday.