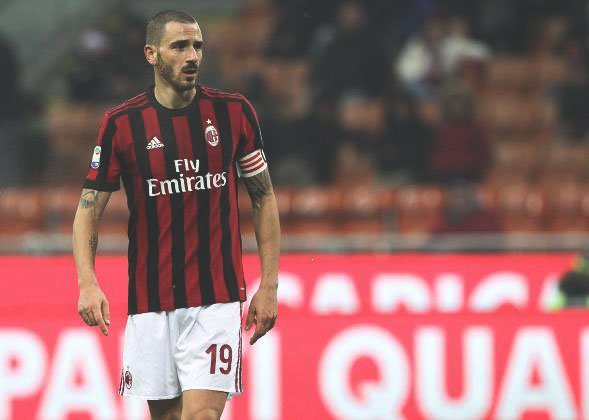 Manchester United have been linked to a number of centre-backs already this summer as Jose Mourinho is keen to strengthen our defence.

Eric Bailly was limited to just 11 Premier League starts this past season, mostly due to injuries, whilst last summer’s big money defender, Victor Lindelof, simply failed to adapt to live in England.

Neither Chris Smalling nor Phil Jones have ever appeared to be long-term fixtures in Jose’s first team, meaning that we are expected to bring in at least one new centre-back this summer.

A number of names have been linked, including Tottenham Hotspur’s Toby Alderweireld and Real Madrid’s Raphael Varane.

However, a new target popped up during the week and it seems we could wrap up a deal quite quickly.

AC Milan’s Leonardo Bonucci is being strongly linked with us following the Serie A side’s two-year ban from European football and the need to raise money.

According to reports in Italy (via the Metro) Jose Mourinho has even urged the Manchester United hierarchy to hurry up and complete a deal for the 31-year-old before Chelsea attempt to hijack the deal.

So far this summer we have signed full-back Diogo Dalot and central midfielder Fred.  It had been expected that another central midfielder would be our top target but with Marouane Fellaini renewing his contract on Friday this may no longer be the case, and now a new centre-back could take priority.

Italian outlet Corriere dello Sport are the ones claiming Jose wants a deal done quickly, with Chelsea mentioned alongside Manchester City and Paris Saint-Germain as other potential suitors for the talented defender.

City only signed Aymeric Laporte in January but with Nicolas Otamendi starting the majority of games last season and Vincent Kompany’s continuous injuries being a real problem, it wouldn’t be a surprise to see Pep Guardiola looking for a new centre-back.

Like AC Milan, Chelsea cannot offer Bonucci Champions League football next season, but it would present the Italian international to reunite with former-manager Antonio Conte.