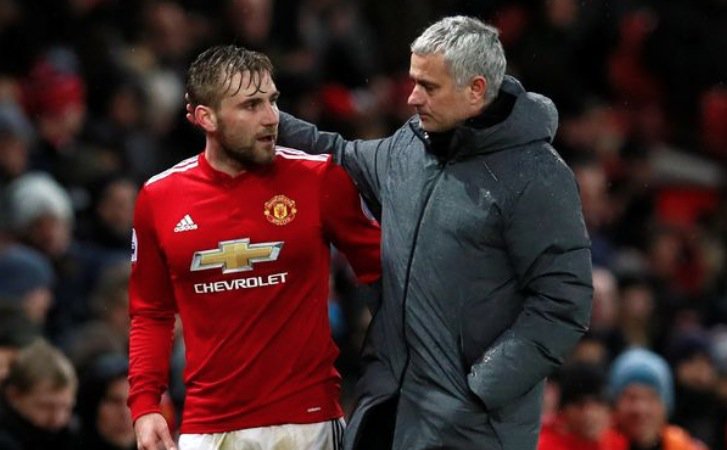 Manchester United appear to be in the market for a new left-back this summer as a number of names have been linked with a switch to the record champions of England.

This comes after Ashley Young made the position his own last season.  However, the England international turns 33 next week and is naturally a winger.  Shaw has struggled to hold down his place in the first team ever since joining Manchester United, as per the details on Man Utd Stats.

One player who failed to wrestle the starting role off of Young last season was Luke Shaw.  The 22-year-old returned from injury in December and initially played a couple of games before losing his place even before the end of January.

There has been a lot of speculation for more than a year now that Jose Mourinho will sell Luke Shaw.  However, the former-Southampton man still remains at the club.

According to a report in the Sun, the boss has let it be known that the left-back may still have a future at Old Trafford.

The report says that Jose has been impressed by the player’s reaction to some unflattering holiday photos in returning to training early to work on his fitness.

Shaw is one of a number of left-backs will currently have at the club.  However, Matteo Darmian is widely-expected to join Juventus in the near future and both Daley Blind and Marcos Rojo could be sold this summer too.

In an ideal situation the above three names would be moved on and a proven left-back such as Juventus’ Alex Sandro would be brought into the club, leaving Luke Shaw as the backup or protégé, and Ashley Young a great player to have on the bench because of his versatility.