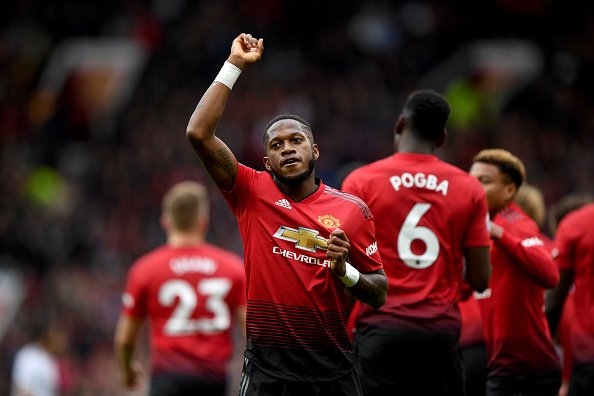 Manchester United splashed out £47 million on Brazilian international Fred from Shakhtar Donetsk over the summer.

The central midfielder has only made six Premier League starts so far during his first season at Old Trafford and has not featured in any of our last four outings.

Speaking at his pre-match press conference ahead of our game against Fulham tomorrow, Jose Mourinho explained why Fred has not seen so much action. Jose told MUTV:

“You also have other players at other clubs that needed their time and you have some of them that play even less than what Fred is playing.

“I think Fred [will play more], when the team is defensively stronger and doesn’t need in midfield people that are more worried about giving some balance to the team than being involved in creation and attacking dynamics. The day we are stronger defensively, I think the horizons for Fred change completely.”

Fred did play in our 1-0 win over Young Boys in the Champions League last month, his last game to date.

However, he did not feature in Wednesday’s 2-2 draw with Arsenal despite Paul Pogba being dropped from the starting lineup. Jose went with Nemanja Matic, Ander Herrera and Jesse Lingard as our central three in a 3-4-1-2 formation against the Gunners.

Fred will find it tough to get into the starting lineup for tomorrow’s game against bottom of the league Fulham as Matic, Herrera, Lingard, Pogba, Juan Mata, Marouane Fellaini and Scott McTominay are all available to the boss.