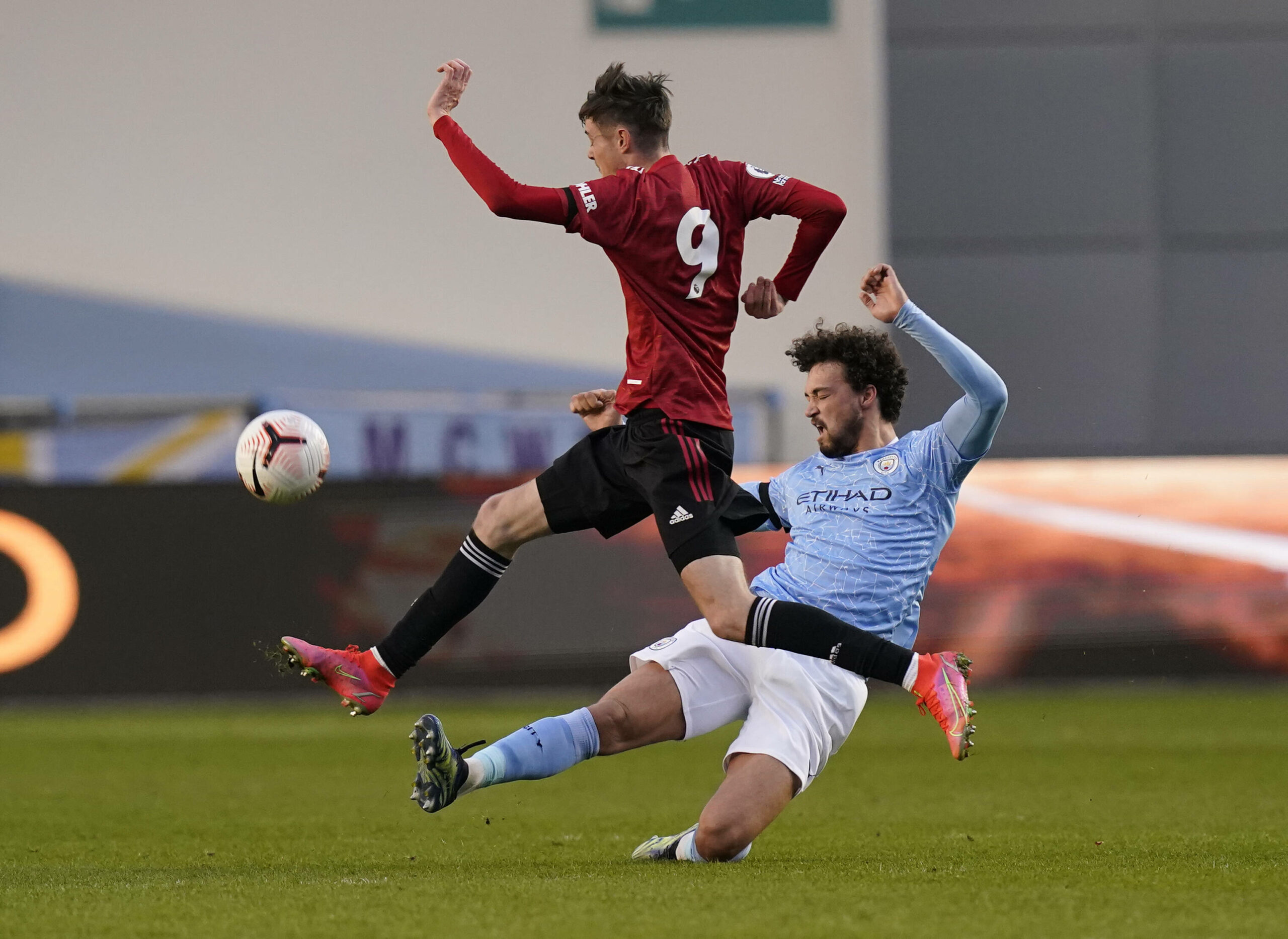 Manchester United youngster Joe Hugill is expected to sign a new contract with the club.

According to Laurie Whitwell of The Athletic, the Red Devils have offered a three-year deal to the 17-year old in a bid to keep him at the club.

The starlet has attracted the attention of United’s hierarchy since he joined the club from Sunderland in the summer of 2020.

Hugill enjoyed a marvellous season where he surpassed all the expectations.

He featured in five games for the United under-18s, amassing an impressive tally of six goals and one assist.

The young striker proved to be even better when he was fast-tracked to play for under-23s.

These are stellar numbers for a player who was signed as a 16-year old, expecting to play just a few games and earn vital experience.

His most prominent outing came against the arch-rivals Liverpool when he scored four goals to help the Red Devils record a 6-3 away win.

At this tender age, Hugill needs to keep working hard and focus on his development.

Hugill will be part of the first team in pre-season, highlighting how highly thought of he is at the club.

If Hugill displays a similar form in the coming season, we may see him making his first-team bow very soon.