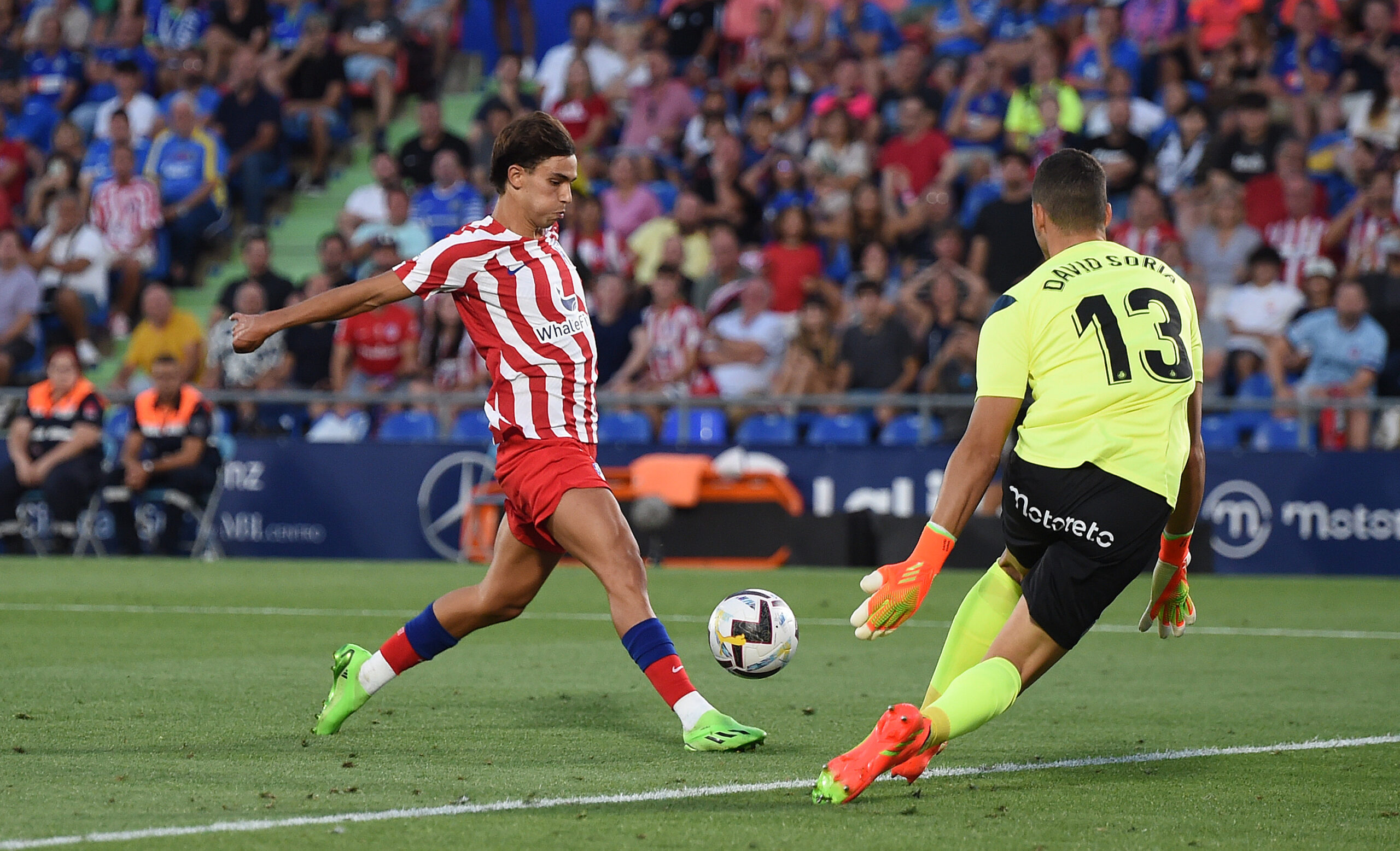 Joao Felix is reportedly getting closer to joining Arsenal this month, with Manchester United watching on in the background.

That’s according to reputable Italian website Corriere dello Sport who claim that there may be ‘decisive acceleration’ in a deal to bring Felix to Arsenal within the next few hours.

That’s because the Gunners have made contact with the 23-year-old Atletico Madrid star and his agents to thrash out a deal.

The proposed deal to take the Portugal international to the Emirates Stadium includes an €18 million (£16m) loan fee, and a fixed purchase option at the end of the season, although that price is not specified.

Joao Felix is reportedly getting closer to joining Arsenal

With CDS claiming that the Gunners are in pole position for Felix, it seems as though he could end up in north London rather than Manchester this month.

Described by The Sun as a ‘stunning player’, the Atleti ace will be a very good signing for whichever club wins the race for his signature.

A £16m loan fee seems excessive, but if the purchase option isn’t too steep, it may be a decent deal.

It has been reported that Atletico could sell him permanently for around £70m if Calico Mercato are to be believed. On his day, Felix is an absolutely sensational player.

He has struggled in the Spanish capital, netting 34 goals and 18 assists in 130 games. However, he clearly doesn’t fit into Diego Simeone’s system at Atleti.

His record of 20 goals and 11 assists in 43 games for Benfica is evidence of his talent.

Felix is an enigmatic talent with incredible technical ability, and he is capable of changing a game in an instant.

Let’s say that a loan deal for him will cost £16m and a purchase option of somewhere between £70-80m – that would represent good value in the long run.

And with Felix closer to joining Arsenal than United, Erik ten Hag may be left licking his wounds later in the January transfer window.

Man Utd have first option on Joao Felix but must meet Atletico’s £80m transfer demand
Wout Weghorst does not want to miss Man Utd opportunity, has informed Besiktas that he wants to leave