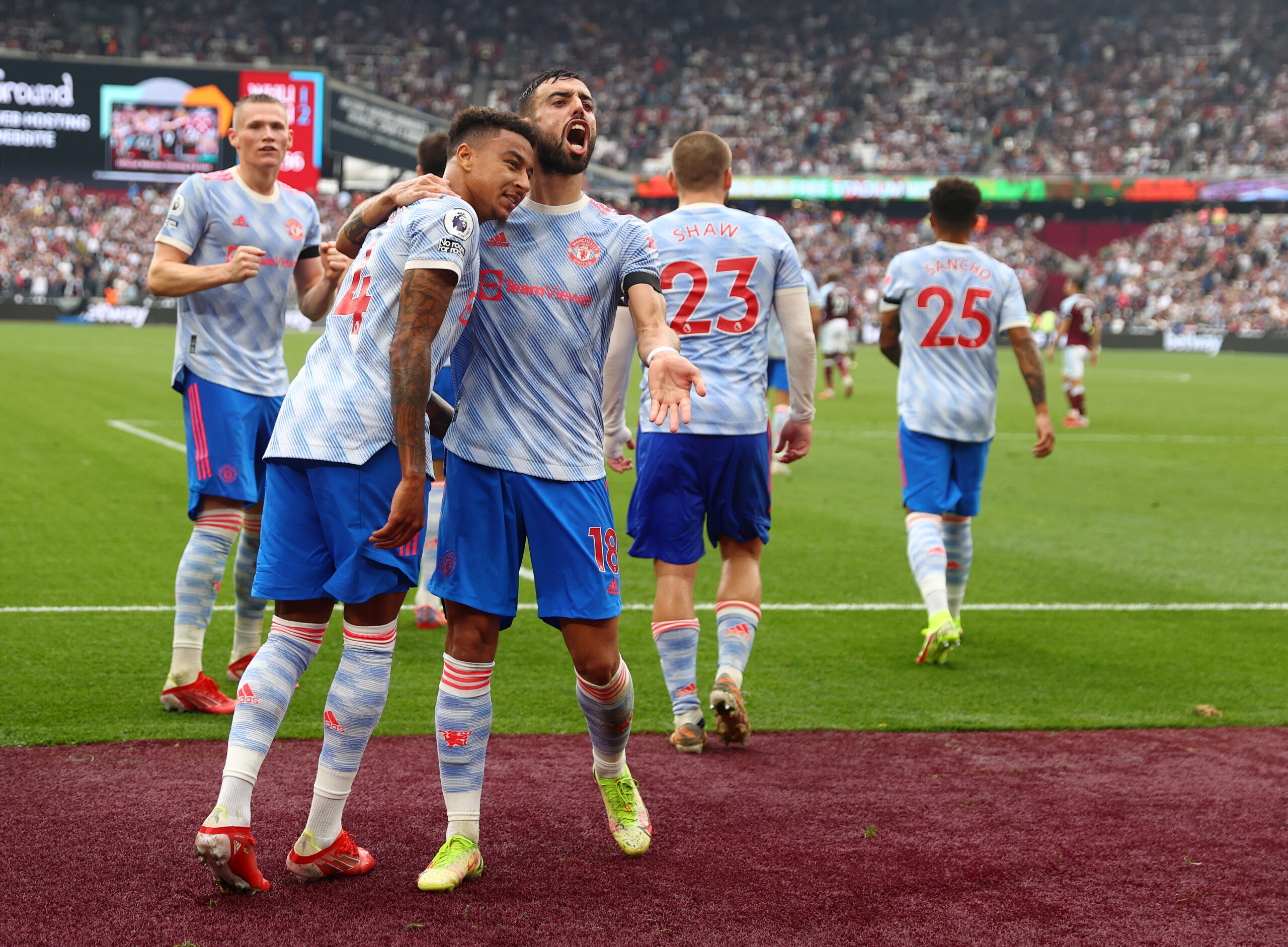 In a piece for the Player’s Tribune, Manchester United attacker Jesse Lingard expressed his delight over Bruno Fernandes’ amazing gesture while playing for West Ham United.

Lingard fell out of favour under Ole Gunnar Solskjaer during the first half of last season.

He moved to the Hammers on loan in January to revive his flagging career.

It proved a blessing in disguise. The England international bagged nine goals and five assists from just 16 outings. He was also recalled to the England squad.

While he received plaudits from everywhere, he was particularly pleased with Fernandes’ gesture.

Fernandes described him as the ‘best player in the Premier League’ after the accolade.

The Portuguese also provided constant support throughout his temporary stint with the Hammers.

Referring to this, Lingard wrote: “After that Bruno Fernandes referred to me as the ‘best player in the Premier League’ in an interview with United … me!! Can you believe that?!?”

“That’s coming from Bruno! I’ve got a lot of love for Bruno. He was dropping me messages of support throughout my loan.

“To get that recognition from someone at his level was just amazing.”

Fernandes has made a massive difference since joining the club in January 2020.

He has bagged a stunning tally of 44 goals and 28 assists from 90 appearances across all competitions.

Aside from his goal contributions, he has been vocal on and off the field, and there are no surprises with him recently being the captain in Harry Maguire’s injury absence.

Lingard is undoubtedly pleased with Fernandes’ wholesome support, but the Portuguese’s presence has directly impacted his playing time for the Mancunian giants.

Fernandes is an undisputed choice in Lingard’s preferred number 10 role.

The United graduate has been restricted to bench appearances with Paul Pogba and Mason Greenwood excelling out wide.

The 28-year-old has still made his mark with two goals from just 45 league minutes.

One of those proved the match-winner in a tightly-fought contest against his former club West Ham.

His current deal expires at the end of the campaign, and he has so far been reluctant to extend his stay without assurances of regular playing time from the starting line-up.

That appears unlikely to happen with the vast competition. Aside from Pogba and Greenwood, Marcus Rashford, Jadon Sancho, Anthony Martial and Amad Diallo are all vying for the wide attacking spots.

Lingard could end his two-decade-long association with the club soon. It could be in January.

The Red Devils may sanction his sale for around £15 million rather than losing him for free next summer.

The Hammers will be one of the front-runners to sign him, but they could face stiff competition from Newcastle United after their long-awaited takeover from a Saudi-based consortium.