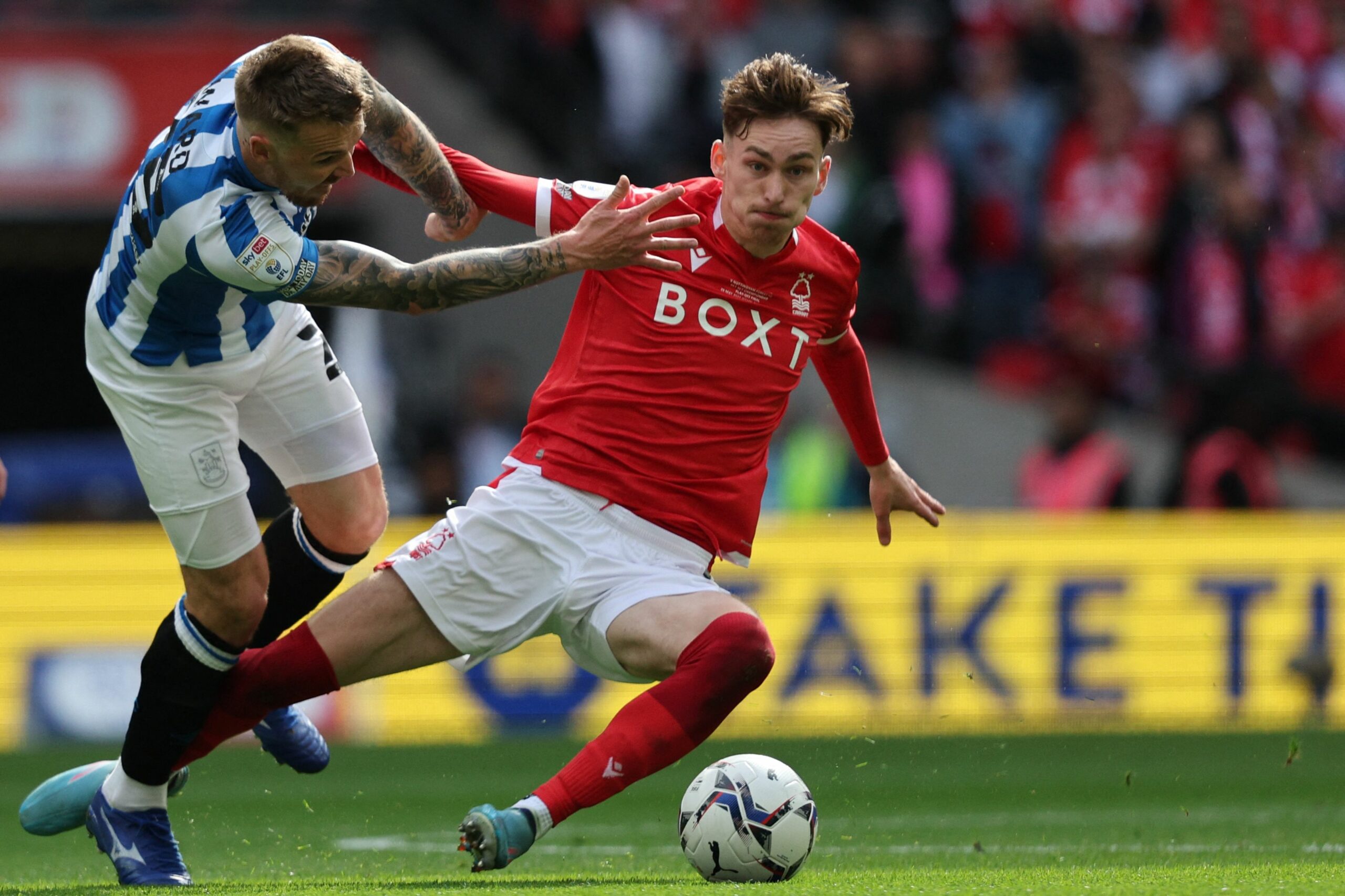 Manchester United graduate James Garner produced a superb performance for Nottingham Forest yesterday as they secured their long-awaited promotion back to the Premier League.

The 21-year-old midfielder was initially on loan with Forest during the second half of the 2020/21 season. He was subsequently loaned back to the club for another campaign.

Garner registered four goals and 10 assists in his temporary stint and ended the campaign on a high, indirectly contributing to Forest’s winner in the Championship play-off final.

The youngster’s cross into the box was inadvertently diverted into his own goal by Huddersfield Town defender Levi Colwill. The goal sealed Forest’s return to the top-flight after 23 years.

Aside from his goal contribution, Garner was solid defensively, winning four tackles and one interception. He completed 88 per cent of his passes, creating three key chances.

It was a memorable final for the Red Devils youngster. He will now be hoping to impress new manager Erik ten Hag in pre-season to establish himself as a first-team regular.

Ten Hag has reportedly opened the possibility for Garner to break into his own squad, but it may still depend on how he fares in training and forthcoming friendlies.

With Nemanja Matic and Paul Pogba leaving, there is a void to fill in midfield. United are expected to make a marquee signing, but Garner could be a quality bench option.

If not, he could be sent out on loan for another campaign, this time with a Premier League outfit. Dean Henderson previously rejoined Sheffield United on loan after their top-flight promotion. There is a possibility of Garner doing the same with Forest.