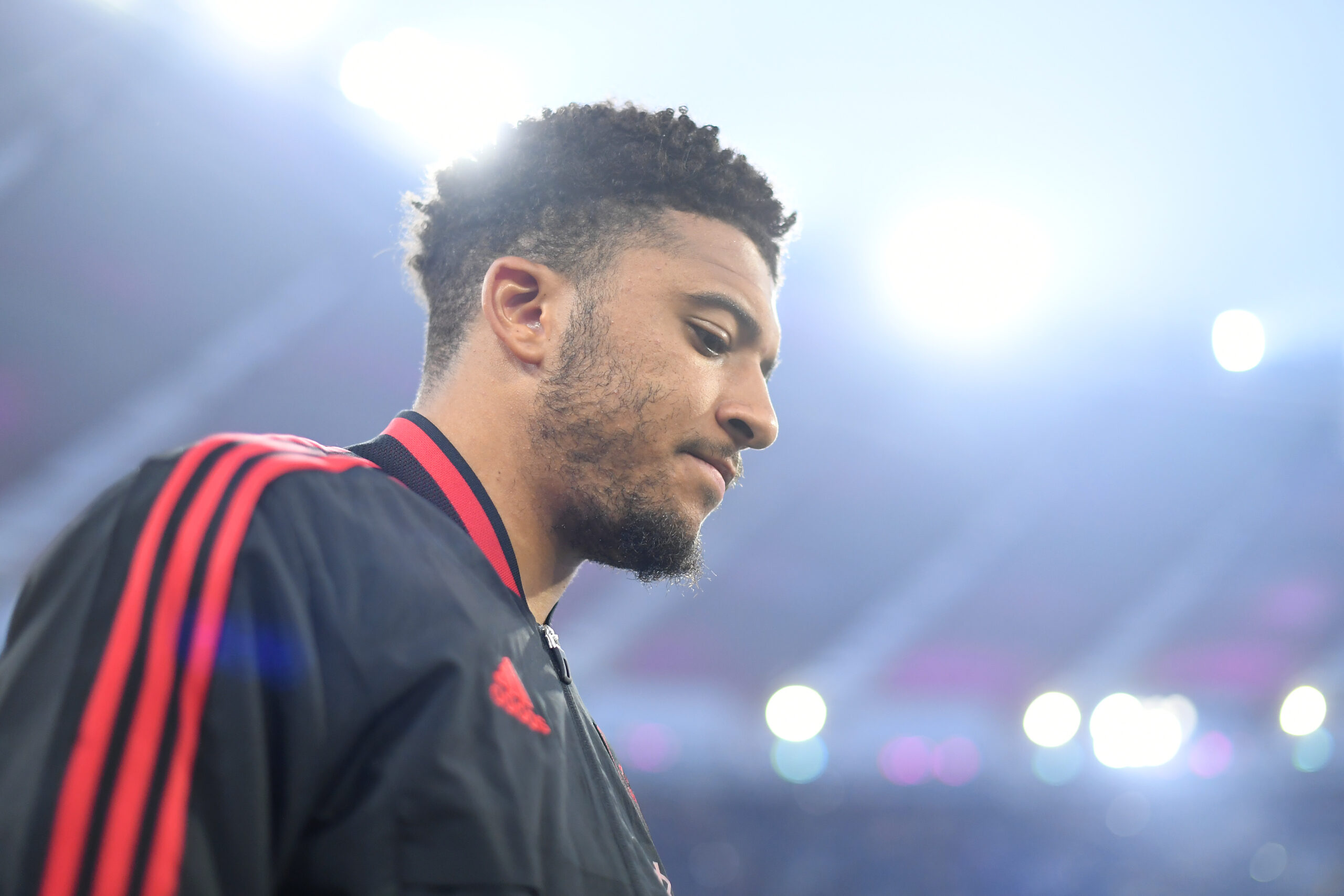 Manchester United forward Jadon Sancho sent the fans into bewilderment after deleting all his Instagram posts and blacking out his profile picture.

According to Manchester Evening News, the 22-year-old is taking a break from social media to focus on improving his performances for the remainder of the season.

United signed Sancho from Borussia Dortmund in 2021 in a whooping €85 million deal.

He came with a huge reputation after shining in Bundesliga, with many people touting him as the next big thing in football.

It’s been a year and a half, but Sancho is yet to take Old Trafford by storm.

There have been a few occasions where he showed that he is a high-quality player. However, those moments have been minimal until now.

He started this season impressively, scoring key goals against Liverpool and Leicester City. It looked like he would blossom under Erik ten Hag but his form tailed off drastically.

In 14 games this campaign, he has netted just three goals and one assist.

His end product has been highly disappointing, especially when he had bagged 50 goals and notched 64 assists in 137 games at Dortmund.

It looks like Sancho is still trying to adapt to the Premier League, which is arguably the most competitive league in the world.

The unstable project at United hasn’t helped him either. Although he was signed just a year ago, he has been forced to work under four managers.

His disappearance from social media can also be linked to the disappointment of missing the Qatar World Cup.

He may face online abuse due to his poor form, forcing him to black out his Instagram.

The good part is that Sancho still has time and talent to revive his career. United fans will be desperate to see him fulfil his potential.