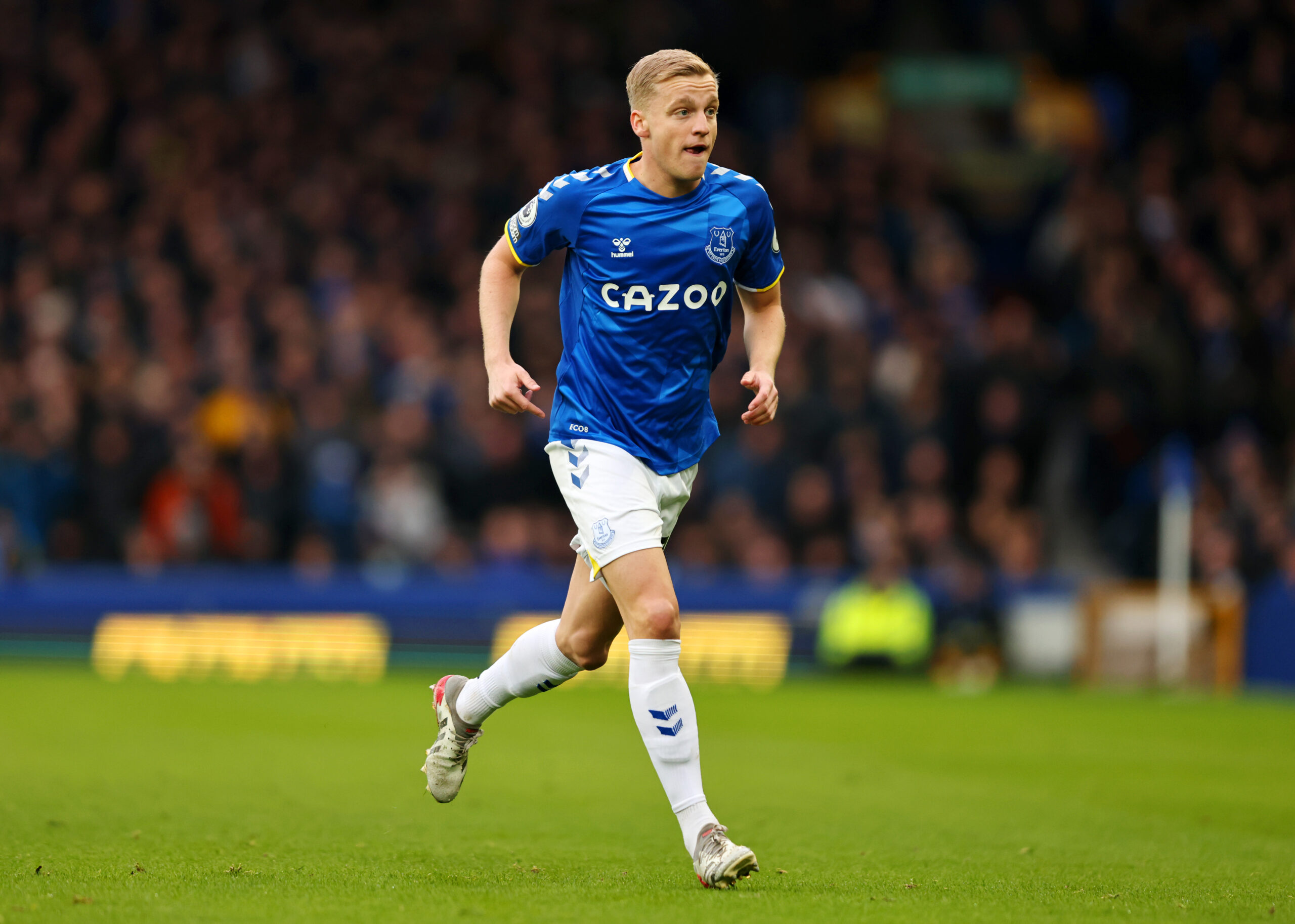 The 25-year-old joined the Red Devils from Ajax with a big reputation in September 2020, but his career has barely kicked off with the club.

Van de Beek was loaned out to Everton in January this year, having played just 1836 minutes of first-team football over one-and-a-half seasons.

He will report for pre-season duty with United this summer and Stam feels there is a ‘good player’, who could succeed with the right combination.

He told Manutd.com: “It’s always a combination of players. It’s not like one player. You can’t say ‘I’m going to bring one player in and the whole team is going to produce better or he’s going to show himself because there’s a different manager.”

“I think Donny is a good player, we’ve seen him in Holland and when he was at United he didn’t always get the opportunity to play. I don’t know why, because of certain reasons.

“It’s difficult to say from the outside that this is it. You need to find that combination of players together, to eventually have success. That’s a very important one for the club.”

When van de Beek first arrived, he was fancied to operate in central midfield under Ole Gunnar Solskjaer, but ended up becoming a back-up option for Bruno Fernandes in the number 10 role.

There were suggestions that his fortunes could change under interim boss Ralf Rangnick, who prefers more mobile midfielders, but nothing of that sort happened before his temporary exit.

Van de Beek will be working under a third different manager next term, but the arrival of Ten Hag at the helm could be a blessing in disguise. It could potentially revive his fledging United career.

Under Ten Hag, the Dutchman was a pivotal player from the attacking midfield role for Ajax. He was instrumental towards their stunning run to the 2018/2019 Champions League semi-final.

The £22.5 million-rated star played with freedom with quality distribution and multiple goal contributions. It remains to be seen whether he can reproduce such kind of performances under Ten Hag again.

Fernandes has been almost an undisputed starter from the number 10 spot, but the Portuguese can’t take his place for granted as the new manager may not entertain any underperformers in his XI.