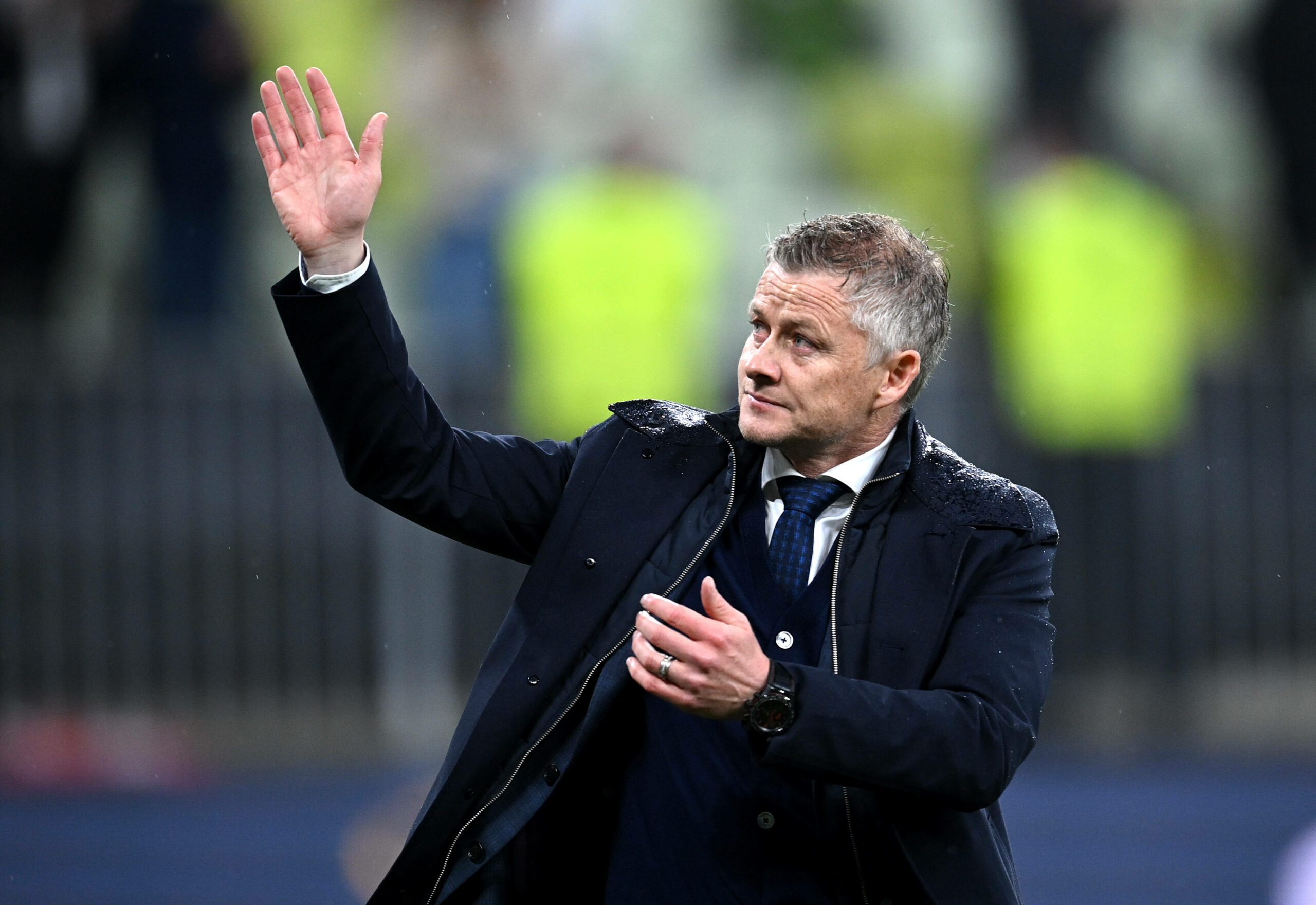 Manchester United were left heartbroken as Villarreal won the Europa League after David De Gea failed to score from 12 yards in the penalty shootout.

It has been a season of improvement but going trophyless for four seasons in a row does not look good for a club like United.

After the game, Ole Gunnar Solskjaer was asked if he felt the club had a successful campaign. He replied with a blunt “no”.

Talking to BT Sport, he said: “We need to get better, simple as. We’ve done really well this season coming through.

“The start was difficult. We had no pre-season and lost three of the first six.

“We pushed in the league, maybe got closer to the top than we thought and we got to a final.

“But you need to win the finals to make it a good season.”

Bruno Fernandes, Harry Maguire and Marcus Rashford were all in tears after the game.

The manager was quizzed on the atmosphere in the dressing room after the defeat.

“It’s quiet of course,” he added. “It’s a disappointed dressing room. That’s football for you. Sometimes it’s decided on one kick.

“That’s the difference between winning and losing sometimes. We have to learn from that one.

“We have to taste this feeling and make sure we don’t get it again. We didn’t turn up and know we didn’t play as well as we can do.

“We started alright. They scored. It’s disappointing again to concede on a set play. After we scored, we couldn’t dominate the game.”

“That’s football at times. They made it hard for us, and closed the spaces. They defended well, we didn’t create enough big chances.”

The decision to appoint Solskjaer as United’s manager was made with a long-term view in mind.

It was very clear that the squad is still not good enough to challenge for the big trophies.

Their performance in the Premier League this term has been much better than many people expected.

To finish second in the league and going all season unbeaten away from home is surely a sign of progress.

However, losing the European final against a Spanish club that finished in the seventh spot in La Liga is unacceptable.

Villarreal were defensively resolute in their 4-4-2 formation and did not allow any of the United players to run behind them.

They closed down all the spaces and nullified all the threat possessed by the likes of Fernandes and Rashford.

Winning silverware to cap off their season was important to boost their confidence for the next campaign but they failed to make it happen.

The manager has a big job to do in the transfer market now.

He needs two or three quality signings to make United a team that can challenge for the title.

If he fails to sign his top targets this summer, Red Devils fans may have to brace themselves for another difficult season.