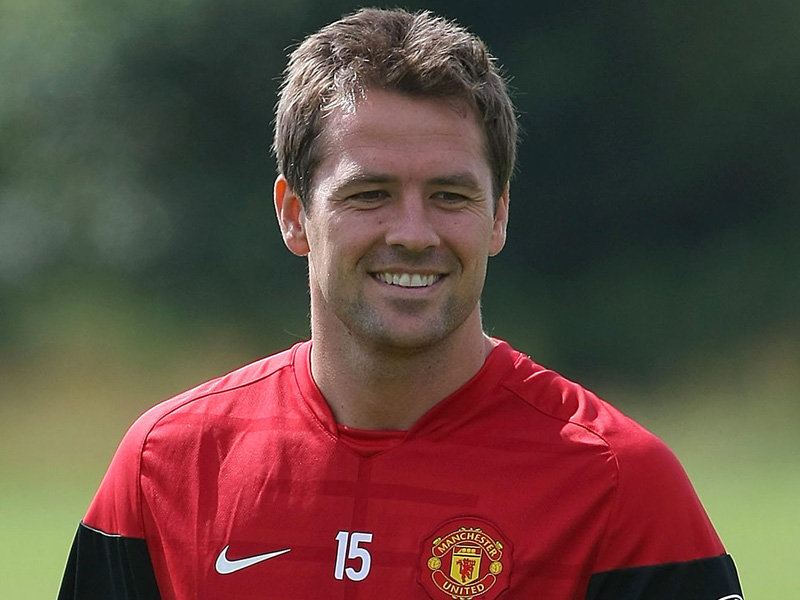 The brochure worked then. Brochure? What brochure? The Michael Owen brochure ofcourse. Yes Sir Alex has taken a gamble, of sorts, in bringing the striker to Old Trafford, offering him the chance to resurrect his career.

It’s make or break time for our new number 7. With a World Cup only just around the corner, Owen will know that a successful season for United will see him creep into Fabio Capello’s England squad that, bar an absolutely catastrophic collapse, will be heading to South Africa.

I’m hesitant to say that the signing of Owen is a gamble. I mean we haven’t had to shell out any sort of transfer fee for the former Newcastle captain and with a pay-as-you-play deal in place, we won’t be out of pocket even if he does turn out to be the flop of the century.

What we do have is a man that is chomping at the bit to go out and prove his doubters wrong. We also have a striker that loves playing for his country and with a World Cup approaching, he will be desperate to be on the plane jetting off to South Africa. Surely that can only be good news for United.

So just how important will Michael Owen prove to be in our hunt for silverware this season? Well we all know just how much Ferguson loves to show the world that he is the daddy when it comes to decision making of the controversial kind. Therefore I certainly expect Owen to get a fair crack of the whip. Whether that’s in the earlier stages of the Champions League, the Carling Cup or against the so-called lesser teams of the Premier League, Michael Owen will get games in a United shirt – if he stays fit ofcourse!

Given Owen’s injury past, I’m rather surprised that I’m not even a little bit worried that he may just turn out to spend more time on the physio’s table than on the pitch. Whether that’s because we’re getting the 29-year-old for free or that I’m using his decent pre-season as an adequate benchmark, I’m not so sure but, perhaps somewhat strangely, I’m really not concerned.

I don’t think I’m alone in suggesting that I wouldn’t consider Owen a part of our strongest eleven. At the likes of the Emirates Stadium and Stamford Bridge, although perhaps not Anfield, I would feel much more comfortable with Berbatov and Rooney heading up the attack. That’s not to say I don’t see him playing a part and with four goals in pre-season (albeit against mediocre opponents), he’s shown that he knows exactly how to find the back of the net.

Words can’t describe just how utterly brilliant it would be if Owen notched against Liverpool in front of the Kop in a United win at Anfield. You can be sure that Fergie will give him the chance to do just that and I’ll end the season a happy man if that’s his only notable contribution of the season!

There’s no question that this season is set to be a big one for Michael Owen, if not his biggest. While I’m not expecting a hatful of goals, a few here and there would certainly be a bonus. It’s just about last chance saloon for the striker’s England prospects too although with competition from the likes of Carlton Cole, Emile Heskey and Peter Crouch, I wouldn’t bet against him eventually being a part of Capello’s World Cup plans.