Some footballers are remembered for their statistics. Goals scored / games played, clean sheets, the number of titles won, personal milestones, international honours, and then some. Over time, legends are built and reputations are dismantled over numbers, because after a while, the memory fades and numbers are all that remain.

Others – a select few – are remembered for different reasons. Fans remember them because of how they served the club, unflinching devotion off the pitch, selfless service on it. These are players who etch a place for themselves in the history books by sheer effort and loyalty to the club. That’s not all there is to it, of course – the legend needs memorable highlights, and more often than not, these players provide ample highlights.

So it is with Ole Gunnar Solskjaer, or as we know him, 20LEGEND. Whether it’s the 99′ final or the 4 goals in 12 minutes, the hair-raising reception at his return from injury that swept a 75,000 strong stadium to its feet or the songs sung in his absence, Solskjaer was a hero to all United fans, and he will be fondly remembered for a long, long time as the model United player.

Adrian Clarke caught up with Mr Solskjaer to discuss his time at Manchester United and how the club has evolved since he first signed on. 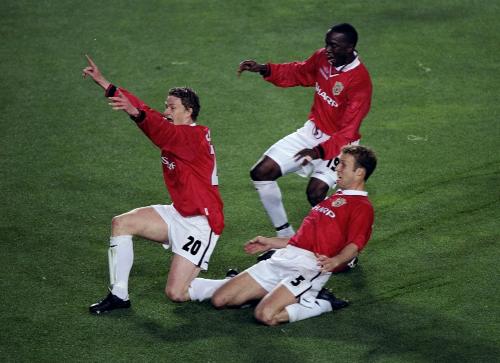 Were you surprised at how much money the club invested last summer on the likes of Hargreaves, Nani, and Anderson considering you were champions?

Sir Alex Ferguson has survived as a top class manager for many, many years now and he knows exactly what heâ€™s doing. After the disappointment of the 05/06 season he only decided to sign Michael Carrick and I thought that showed a lot of trust in the players he had. The whole squad, seemed to take great confidence from that show of faith and we repaid it with the title. This season there were lots of newcomers, and I could see why. The manager wanted to set the team new challenges and their arrivals challenged everyone in the squad.

How does Sir Alex handle so many big stars and keep them all happy?

His man-management is second to none and the way he handles players is incredible. During my time at Old Trafford heâ€™s had over 20 full internationals every year, yet he creates an environment where everyone wants to work together as a team to do well. Itâ€™s not easy to do that. Heâ€™s just fantastic at getting the best out of everyone. United probably have over 30 internationals now, so he is going to need to use that skill of his even more! Heâ€™s so good at motivating, and he challenges players all the time. If you need an arm around the shoulder heâ€™s there but at other times he motivates in a different way. Heâ€™s a great man-manager.

Is the Champions League the main priority for the manager this season?

It would mean a lot to the club to win the Champions League again. Gary Neville, Scholesy and Edwin van der Sar have done it and it would be exciting to do it again. I did expect Manchester United to challenge on all fronts this season as they are capable of winning anything. As far as the Champions League is concerned they have a chance. Much of who goes all the way will depend on good fortune around the semi-final and quarter-final stages.

How did it feel to be part of such an exciting United side?

This club has a history of attacking, entertaining football and I was glad to be a part of it. The gaffer installs that mentality into all the players and encourages everyone to express ourselves. Itâ€™s the great history that intrigues so many people and the likes of the Busby Babes, Law, Charlton and Best will never be forgotten. Nowadays we have this new generation of Ronaldo, Giggs, Rooney and Scholes, all players that are great personalities as well as great footballers. United have just continued on the clubâ€™s tradition of playing this way. This attacking culture and mentality is instilled in the players constantly by Sir Alex.

How different is the club now compared to when you first signed for them?

The club has developed a sensational amount since I first arrived. It has expanded so much, it has exploded! But that is football these days. It has got so, so big. But I have to say that inside the dressing room United still have the same heartbeat. Nothing has changed in that regard. The manager is still the first one into work every day and he is the man in charge. His enthusiasm cannot help but be rubbed off on all the players. At United it feels like you are part of a big family.

Sir Alex Ferguson looks as hungry as ever this season eh?

Yes, he is still hungry for success. He looks very healthy, revitalised and happy and is always relaxed and smiling. Mind you he has always been that way. But behind the smiles he is still very determined too. When the lads train they are not there to laugh and joke, they are there to work hard.

Red Rants thanks Adrian Clarke for making this interview possible.

Solskjaer will be made a Knight, First Class of the Royal Norwegian Order of St Olav by King Harald V of Norway on March 29 2008 (youngest ever recipient of the honour).

Manchester United will honour Solskjaer’s contribution to the club with a testimonial as part of the club’s pre-season preparations for the 2008/2009 season. 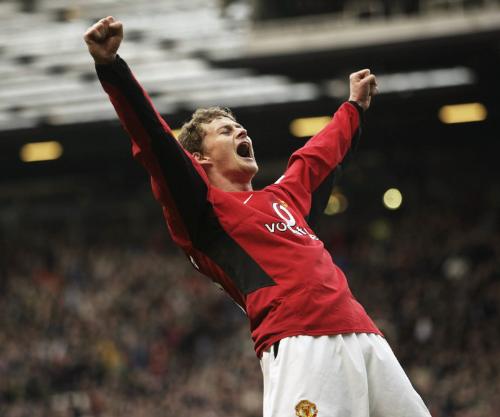 What Will Sir Alex Do With Rodrigo Possebon?
What happened To Djemba-Djemba?