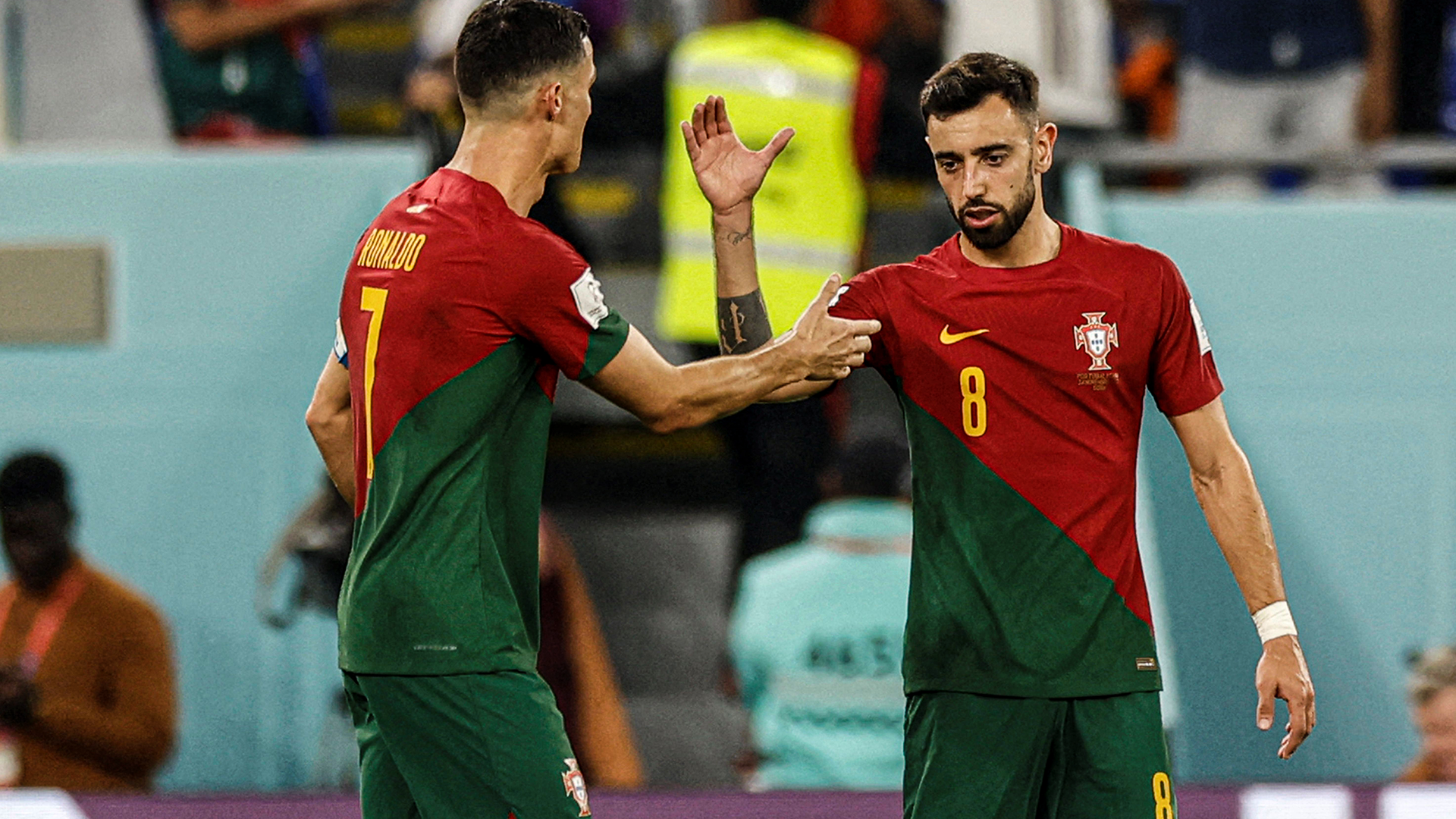 Manchester United star Bruno Fernandes lit up the World Cup as he starred for Portugal in an impressive 2-0 win against Uruguay last night.

Fernandes has been in the form of his life during the World Cup in Qatar. In the first match against Ghana, he provided two assists and was instrumental in Portugal winning the game 3-2.

However, he bettered his performance with another impressive display against Uruguay. The United star scored two goals, had an 84 percent passing accuracy, and 83 touches of the ball. He also completed five out of six attempted long balls.

The industrious midfielder has been shining for a while in Portuguese colours. Fernandes has been in stellar form throughout the year, as you can see from the statistics provided by Opta below.

Fernandes has scored seven goals in 11 appearances for Portugal in 2022. This is more than twice any other player, with recently released United star Cristiano Ronaldo in second place with three goals.

The former Sporting Lisbon star was in the thick of things throughout the game against Uruguay and also hit the woodwork.

He joined Casemiro in becoming the second United player to receive a Player of the Match award on the same evening.

Fernandes will look to keep up the excellent work as Portugal bid to make further progress in Qatar.

Portugal will face South Korea in the final Group H game on December 2 and look set to clinch top spot.

While their round of 16 opponents are not yet known, Fernandes and co will most likely avoid Brazil who are top of Group G.