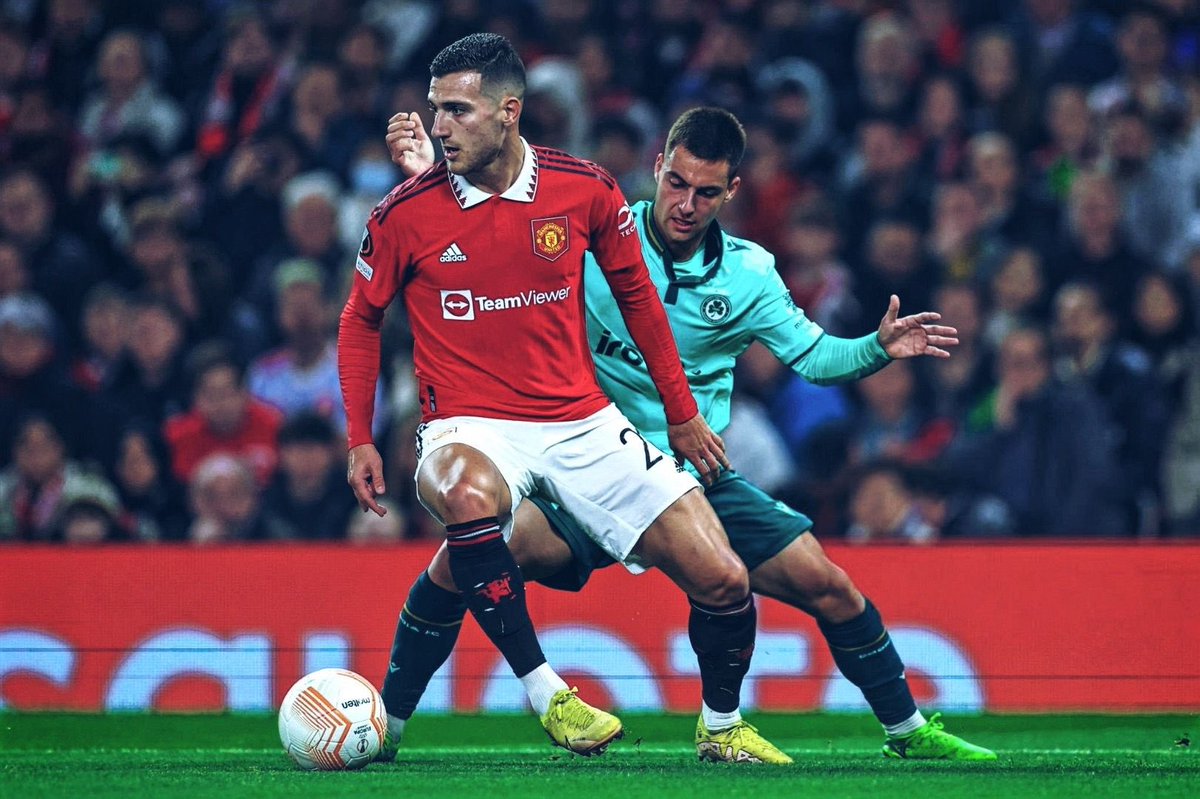 Manchester United right-back Diogo Dalot was all praise for Erik ten Hag as he opened up on the manager’s influence on his game.

Dalot, who has been enjoying a stellar season under the Dutchman, has contributed to five clean sheets in the Premier League this season.

He has also assisted once in the league while averaging 1.5 key passes and 65 touches per game.

During a Fans’ Conference organised by the club (via manutd.com), the Portuguese international was asked how Ten Hag has influenced his game since joining United.

“A lot, as you can imagine,” Dalot said. “Since I arrived in pre-season, I knew I had to be at my best level to play the way that he wants to play.

“I think I fit right in with the type of play and the things he asks me to do on the pitch. I think it suits the way that I like to see football, so it helps.”

Dalot also added that Ten Hag is a demanding manager, particularly when it comes to the physicality he demands from all the players.

“Obviously, he’s a very good manager,” Dalot added. “He wants every player available and every player at the best level physically, so I have to push myself more.

“Especially more in pre-season because I knew I had to be very good physically to be able to play the way that he wants.”

Several United stars, including Marcus Rashford, David De Gea and Dalot, will be out of contract soon.

Although one-year extensions have been invoked on several deals, it goes without saying that the club will need to tie down the 23-year-old to a lengthy deal.

Dalot has a long future ahead of him, and the Red Devils benefit from having his talent in the squad.

With Aaron Wan Bissaka’s place in the side in jeopardy following Ten Hag’s arrival, Dalot has been deemed a vital part of the manager’s system.

He cemented his place in the starting line-up last season after the arrival of interim manager Ralf Rangnick. However, it has been under Ten Hag that he has seen a surge in playing time and an improvement in performance.

However, with Wan Bissaka potentially leaving the club in the summer, it is unlikely that Ten Hag will stick with Dalot as his only right-back option. Fans can expect new recruitment in that position when the summer transfer window opens.

Depending on how Dalot finishes the season, United must act promptly and secure his services for the next few years.

‘We are talking about it’: Diogo Dalot confirms fresh contract talks with Man Utd
How United could beat City this weekend with January signing