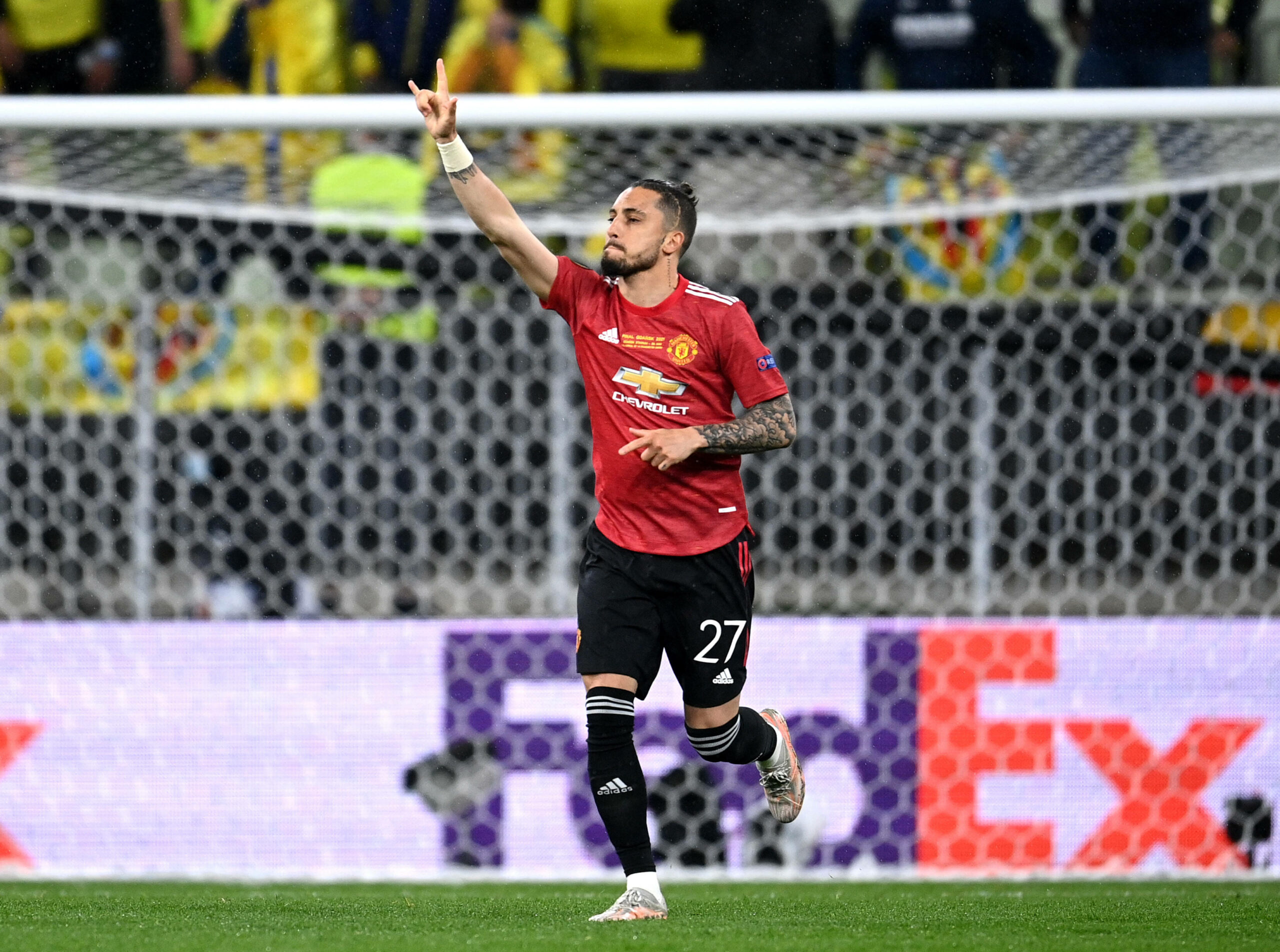 Alex Telles has opened up on his debut season with Manchester United.

The time was running out for Luke Shaw to prove that he had the quality to be the first-choice at Old Trafford.

It looked like Ole Gunnar Solskjaer would draft Telles into the starting XI.

However, he tested positive for COVID-19 shortly after his arrival which allowed Shaw to redeem himself.

The former Southampton defender grabbed the opportunity and ended up as the club’s Players’ Player of the Year.

This forced Telles to spend more time on the bench than he would have hoped.

Speaking to the club media, he said: “I believe I’ve made the most of this season.

“I’ve learnt a great deal, I learnt a lot of things, I’ve developed as a player and a person as well.

“I’m really happy with my first season at United and I’m sure that next season will be even better.

“I think I always took the opportunity to do my best whenever I was on the pitch.

“I had good games, with the adaptation process the first season isn’t easy, but I believe that when Ole gave me the opportunity and placed his trust in me and put me on the pitch, I did my best.

“I’m sure that I’ll continue doing even better to spend more time on the pitch and get a lot more minutes.”

At Porto, Telles developed himself as an attacking full-back.

In four years with the Portuguese club, he scored 26 goals and provided 50 assists.

This season, he has assisted three times but he is yet to score his first goal for United.

“I think my best moment this season was definitely my debut against Paris in France,” added Telles. “We won 2-1 in my first game.

“Another important game for me was against West Ham in London where I got my first assist for Mason (Greenwood).

“They were the two important moments for me this season.

“I really want to score my first goal, I can’t wait.

“I scored a lot of goals previously at Porto and now I’m really looking forward to playing and scoring my first goal.”

Telles possesses a stellar left foot, and Red Devils fans are yet to see his best.

Ole Gunnar Solskjaer needs to find a system in which he can play the Brazilian full-back more next season.