‘I always get food’: Ole’s son weighs in on Solskjaer-Mourinho’s war of words 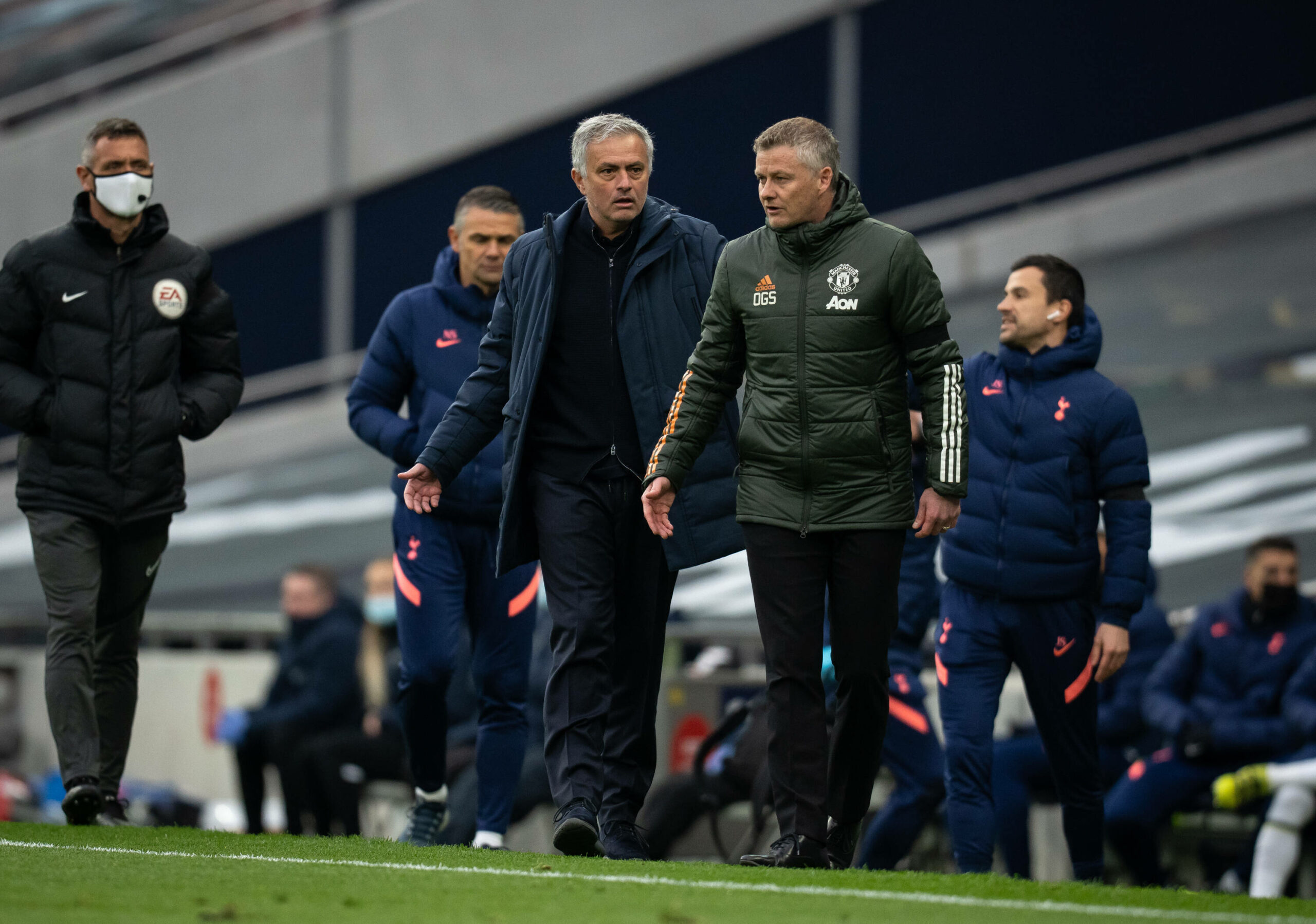 In the 33rd minute of the match, United striker Edinson Cavani scored a sensational goal, which was disallowed after the referee deemed that midfielder Scott McTominay had fouled Heung-min Son in the lead up to the goal.

Son was seen lying on the ground after minimal contact from McTominay, and it was enough for the VAR ruling to go in favour of the Spurs.

Despite the 3-1 win over their rivals, Solskjaer did not hold back his views on the controversial ruling at the press conference, and criticised Son for his “antics”.

“If my son stays down like this for three minutes and he gets his 10 mates around him to help him up, yeah, he won’t get any food,” the United manager told Sky Sports after the game.

Spurs manager Mourinho made his rebuttal at his press conference: “Sonny is very lucky that his father is a better person than Ole. Because as a father you have always to feed your kids, doesn’t matter what they do.”

“If you have to steal to feed your kids you steal. I’m very, very disappointed. With me, like we say in Portugal, bread is bread and cheese is cheese,” Mourinho added.

Now, Ole’s son Noah Solskjaer has weighed in on the war of words between the two managers and joked that he always gets food.

Noah, who started his professional career in Norway with Kristiansund last year, spoke to local newspaper Tidens Krav: “Yes, I laughed a lot on Sunday too. I always get food, I can assure everyone about that.”

“I have never been lying down the way Son did. Mourinho probably just wanted to take the focus away from the fact they had lost.

Meanwhile, with the win at Spurs, United have solidified their second place in the Premier League table, with Leicester City losing 3-2 to West Ham United over the weekend.

Tottenham slipped down to seventh and face a difficult task to claim a top-four spot.