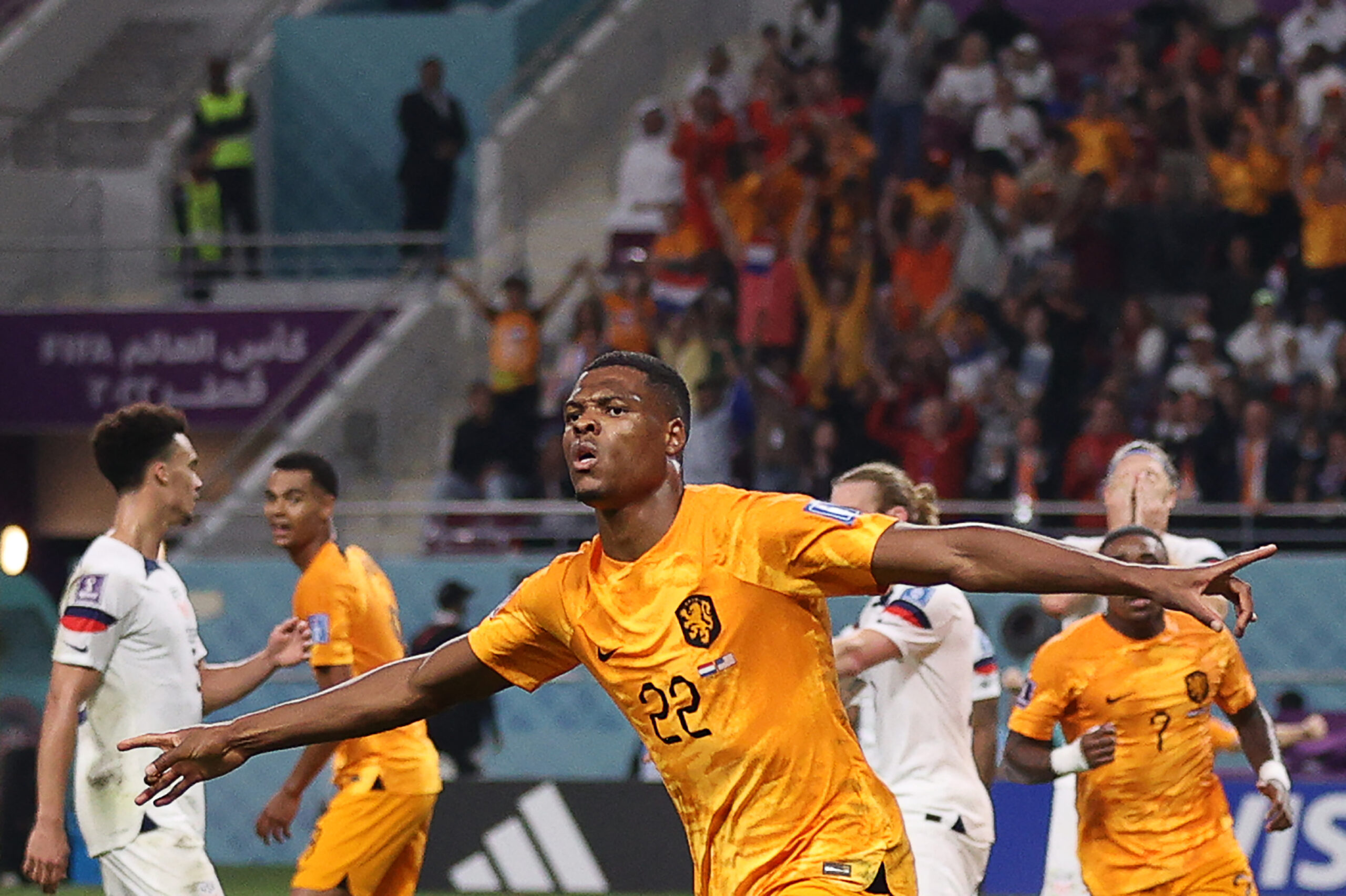 Manchester United now face competition from Tottenham Hotspur for Denzel Dumfries, with Inter Milan keen to get his £120k-a-week wages off the books.

That’s according to a report from Tuttosport who claim that Man United and Tottenham are battling for the 26-year-old right-back’s signature in the January transfer window.

Erik ten Hag has been linked with a move to bring Dumfries to Old Trafford for quite some time now. The Dutchman has absolutely everything that United need, and he’s ideally suited to the robust and intense nature of Premier League football.

However, Man United face a battle for his signature though.

The Red Devils face a battle with Tottenham for the powerful Dutch defender. And that could well be a big problem for United, with funds currently tight at Old Trafford.

Described as an explosive right-back by the Chronicle, Dumfries has power, pace, energy and stamina in abundance.

He has been dubbed ‘amazing’ by football.london, and he certainly has the ability needed to take either United or Spurs to a whole new level.

Dumfries showed everyone what he’s capable of with a succession of brilliant performances for Netherlands at the World Cup in Qatar this winter.

He would provide solid competition for Diogo Dalot at Old Trafford and could be available for around £44 million, according to Tuttosport.

There is more chance of Man United paying that kind of money in the summer, with a loan move with an option to buy a preferable deal for the club in January.

Signing him should be a no-brainer for Ten Hag. However, with Tottenham now in for Dumfries, United may have their work cut out.