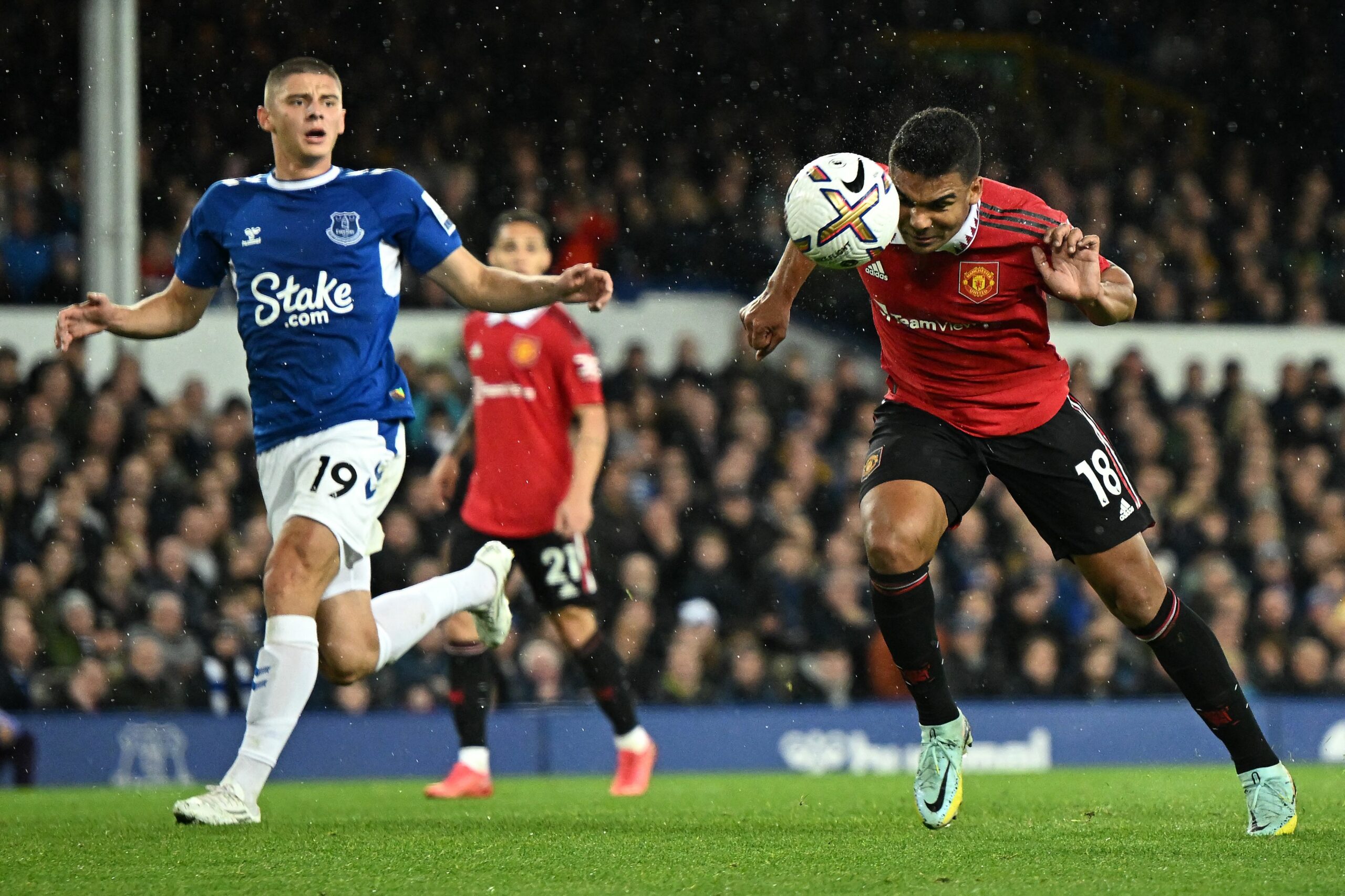 The Brazilian was handed his full Premier League debut at Goodison Park but started off poorly. His hesitancy on the ball allowed Amadou Onana to dispossess him before Alex Iwobi’s stellar opening goal.

However, the 30-year-old managed to redeem himself after the incident. He grew in confidence as the game went on and ended the half with a delightful pass for Cristiano Ronaldo’s goal to put United ahead.

The former Real Madrid star finished the match with eight duels, four tackles and four clearances won. Ten Hag was certainly delighted with the ‘huge impact’ from him after his early mistake at Goodison.

Speaking in his post-match press conference, he said via Manutd.com: “He is experienced. Even after a small mistake, he [remained] composed, he is doing the right things.”

“He has a huge impact on the game by winning so many balls and always in good positions to receive balls, to link up, to pass around, and he was really important with the goal. A good ball in, a good pass to Cristiano and a good finish.”

Casemiro was dispossessed on numerous occasions against the Toffees but he managed to keep his composure. He is now expected to start against Newcastle United this weekend.

Scott McTominay, who has been the regular number six, won’t play any part. He was only a 83rd minute substitute yesterday, but got himself suspended with a fifth yellow card of the season.

Hence, McTominay will surely play ahead of Casemiro against Omonia in the Europa League on Thursday.

Casemiro has had a frustrating start to his United career. He could not break into the Premier League starting XI early on with McTominay not putting a foot wrong for a run of four games.

The Scot’s poor showing in the Manchester derby this month was a blessing in disguise for Casemiro. With McTominay now suspended, Casemiro has the chance to cement his league spot.