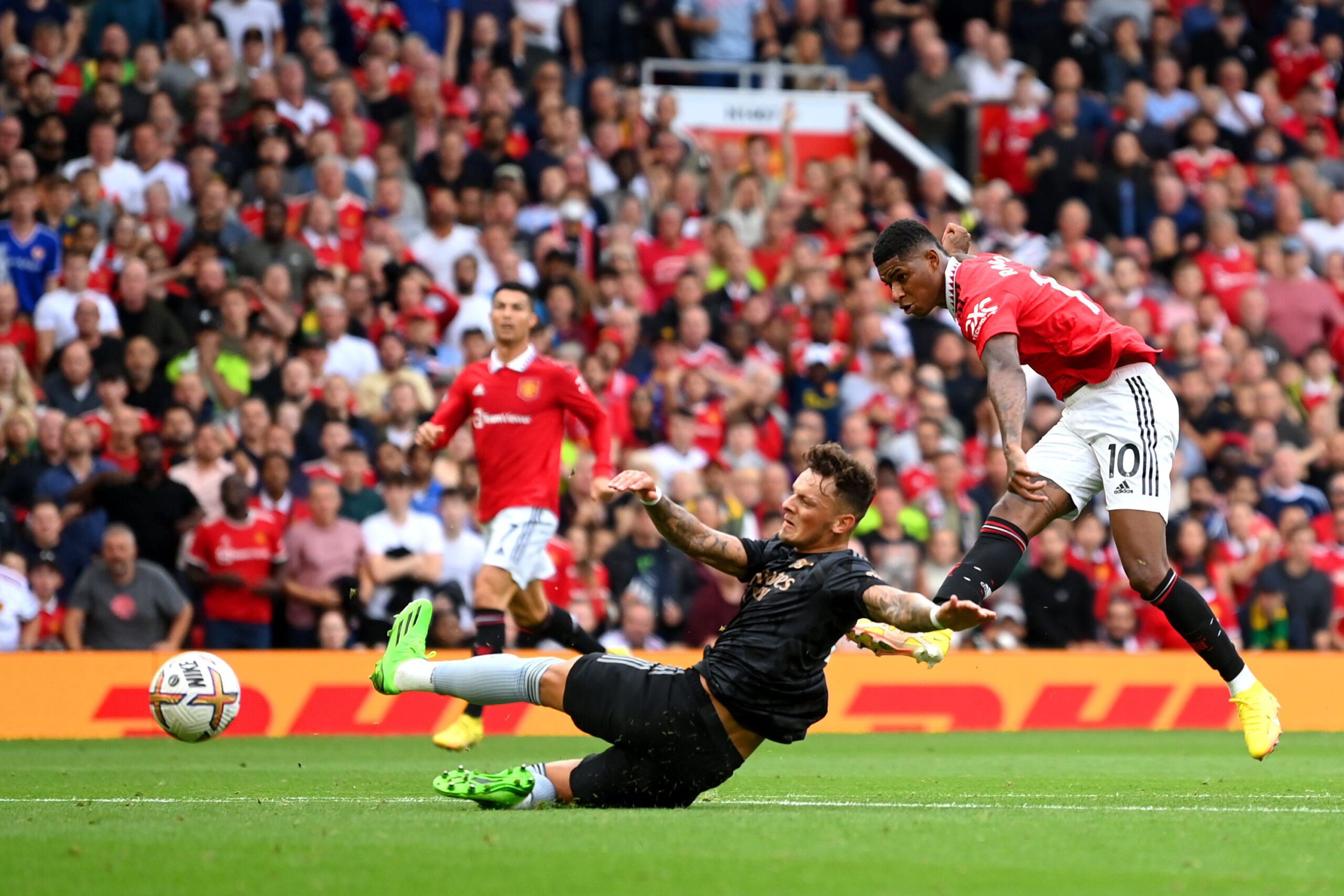 Manchester United are set to lock horns with Arsenal in a blockbuster Premier League clash at the Emirates Stadium on Sunday.

Erik ten Hag’s side are the only team to have taken full points off the league leaders this season.

However, with the Gunners in such imperious form at the moment, United are not the favourites for the upcoming league game.

We look at how the Red Devils have fared against their London rivals in their previous five meetings.

Arsenal picked up their first away Premier League win over United since 2006 when they travelled to Old Trafford in November 2020.

Both sides failed to break the deadlock before Paul Pogba fouled Hector Bellerin in the second half to concede a penalty.

Pierre-Emerick Aubameyang made no mistake from the spot as the Londoners sealed a 1-0 win.

United were fancied to pick up full points at the Emirates Stadium in January 2021, but failed to breach the Gunners’ defence and ultimately had to share the spoils.

The two Premier League giants played out a thrilling contest at Old Trafford at the start of December 2021, but it was United who prevailed in the end.

Cristiano Ronaldo stole all the headlines as he scored his 800th career goal before also driving home a penalty winner.

Bruno Fernandes was also on target for the home side as they edged out the Gunners with a memorable 3-2 victory.

United came into this game on the back of a drubbing against Liverpool. Their performance was much improved in this match but the result was the same.

Nuno Tavares and Bukayo Saka scored to put the Gunners in the ascendancy before Ronaldo pulled a goal back before the break.

Fernandes missed his spot-kick and United were made to pay for this mistake, with Granit Xhaka lashing home the winner in the 70th minute.

Erik ten Hag’s side ended the Gunners’ perfect record in the Premier League when they visited Old Trafford last September.

Antony scored on his debut before Bukayo Saka netted the equaliser in the second half.

However, Rashford fired hone a quick double to seal a comfortable 3-1 victory for the Red Devils.