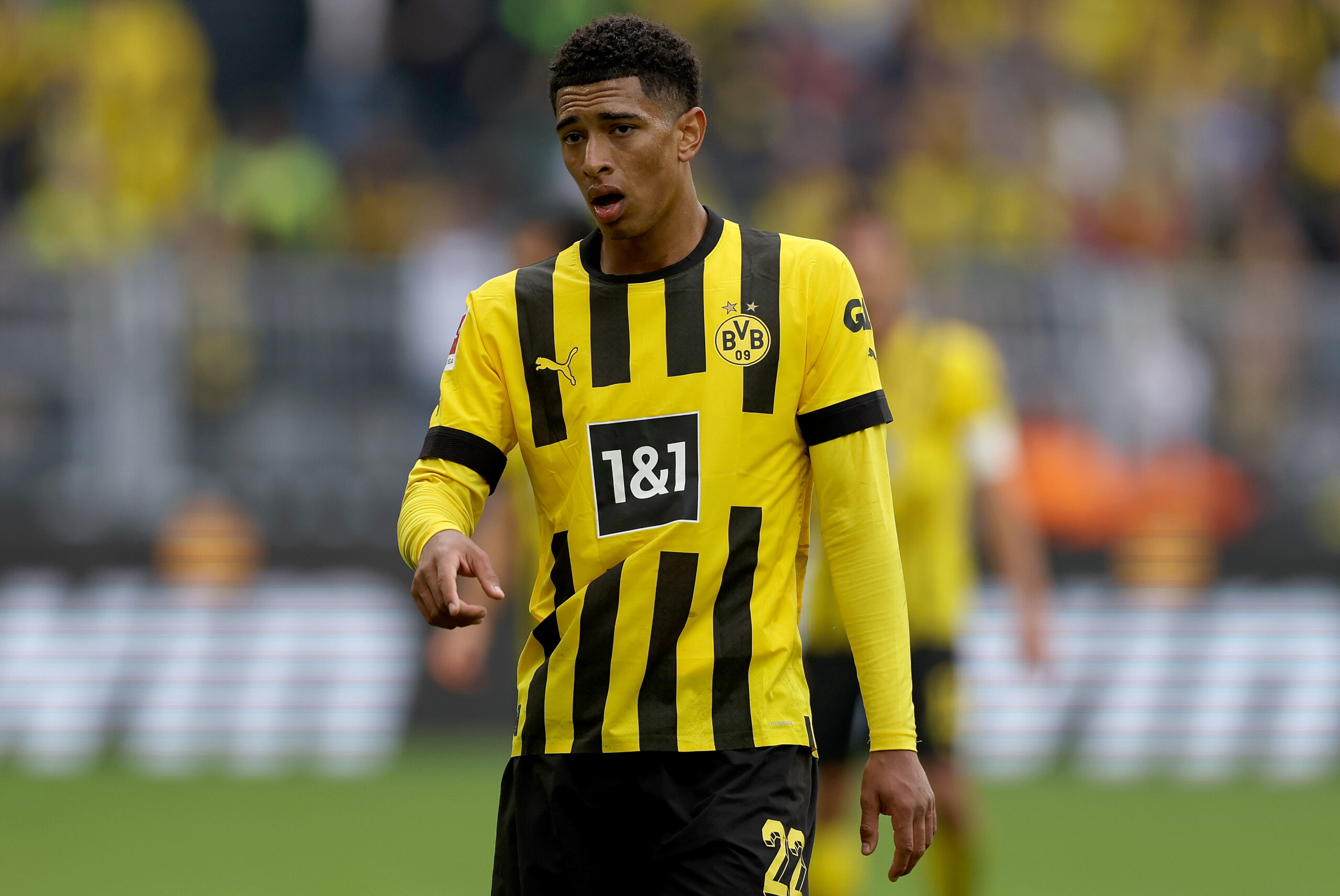 Borussia Dortmund midfielder Jude Bellingham is likely to be the subject of plenty of transfer speculation over the next few months.

Let’s not beat around the bush here – the 19-year-old is a player Manchester United need to pull out all the stops to sign.

Bellingham has been strongly linked with a move to the Premier League, with Liverpool and Manchester City amongst the front-runners to secure his services.

Read on as we assess how Man United can beat off their rivals to secure what would be the best midfield signing of the decade.

Bellingham developed an excellent understanding with Jadon Sancho at Dortmund and his former teammate could play a pivotal role in luring him to Old Trafford.

The pair have remained in touch since Sancho returned to England and their friendship may give United a better chance of completing a deal.

Bellingham has previously spoken of his admiration for Sancho and the temptation to link up with him again could be difficult to resist.

If the England midfielder decides to leave Dortmund, it is highly unlikely he would sign for a club that is not competing in the Champions League.

United will be keen to return to UEFA’s top club competition and are hopeful of achieving the feat courtesy of their final league position.

However, winning the Europa League would guarantee them a place in next season’s Champions League and could be their best hope of returning to the top table.

Don’t skimp on the fee

United have a history of messing around when it comes to transfer fees – this is a mistake they cannot afford to repeat where Bellingham is concerned.

It will reportedly take an offer of £100 million to convince Dortmund to sell – that could be a bargain given what Bellingham brings to the table.

A fee of that size would probably be enough to fend off Man City and Liverpool – United simply cannot afford to pull their usual nonsense on this one.