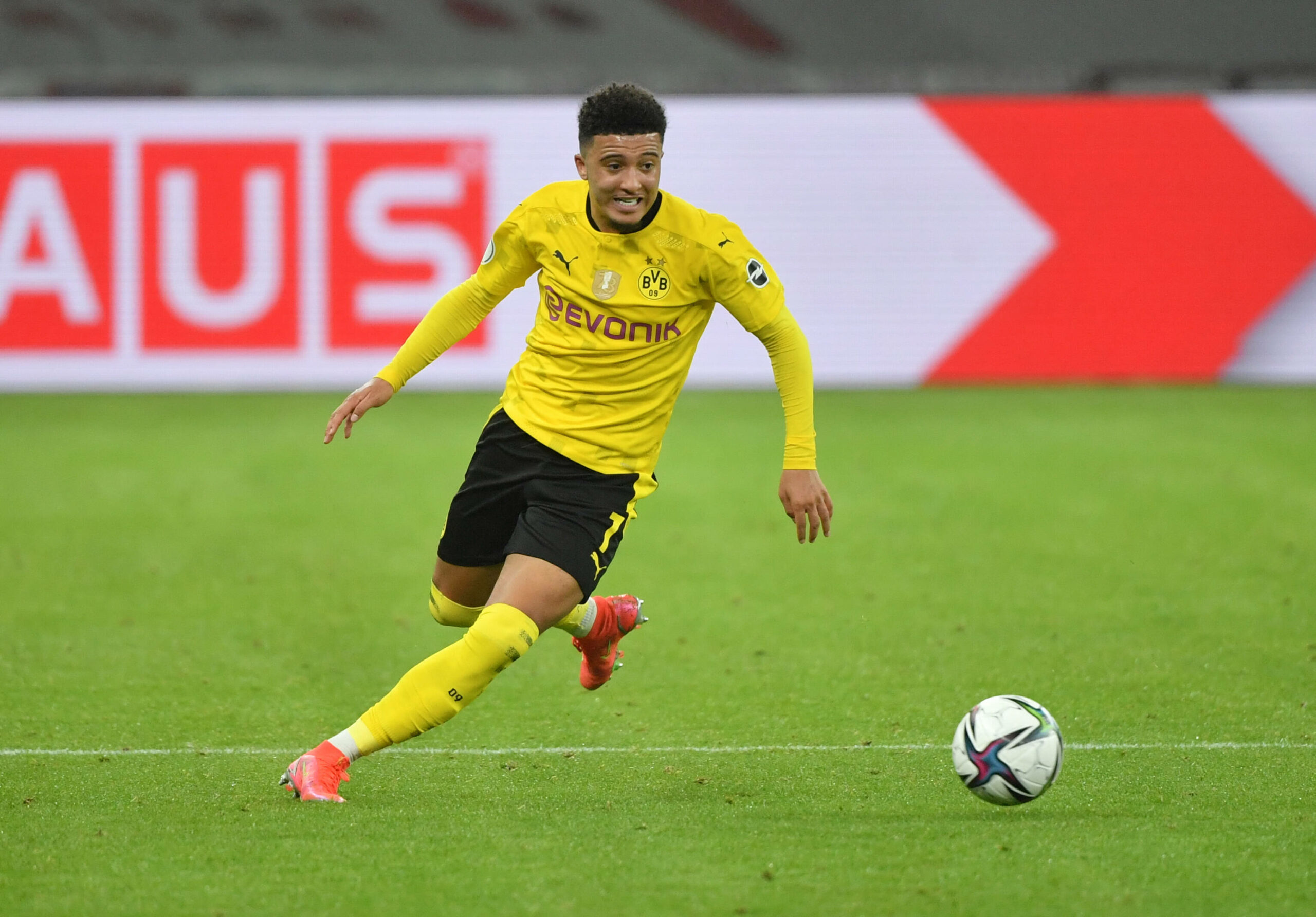 Manchester United are closing in on a deal to sign Jadon Sancho.

According to Guardian Sport, United have had a £67million bid rejected by Borussia Dortmund, who value him at £77.5m.

Personal terms have been agreed as per Fabrizio Romano, and all parties involved are seemingly confident of a deal taking place this summer.

Let’s look at how Sancho would improve the Red Devils.

One of United’s significant weaknesses is the imbalance in attacking play.

Almost all of the impetus is focused down the left-hand side, with Luke Shaw, Marcus Rashford and Paul Pogba deployed in that area.

This leaves a large gap down the right-hand side, which is often left unexploited.

Sancho would offer natural width on the right-wing, which would instantly stretch the opposition defence and balance United’s attack.

In Ole Gunnar Solskjaer’s 4-2-3-1 formation, Rashford and Mason Greenwood are deployed as the wide forwards, with Edinson Cavani leading the attack.

All three players are natural strikers and tend to shoot rather than create. This disrupts the flow of attack and leads to United wasting key chances.

With the arrival of Sancho, United would have one of the best creators across Europe in their ranks.

In 38 appearances for Dortmund last season, he scored 16 goals and registered 20 assists.

He could use his quick feet to run at defenders or drop deep as a passing option, creating space higher up the pitch.

His creative presence would also cause less burden on Bruno Fernandes to be the team’s sole creator.

At Dortmund, the Englishman has been played in several attacking positions.

He is comfortable operating from the left, right or even as a false nine. At United, his presence would allow for a flexible front three.

The 21-year-old is a generational talent and already one of the finest young players in the world.

His determination and experience of playing at the highest level make him the perfect fit for Solskjaer’s side.