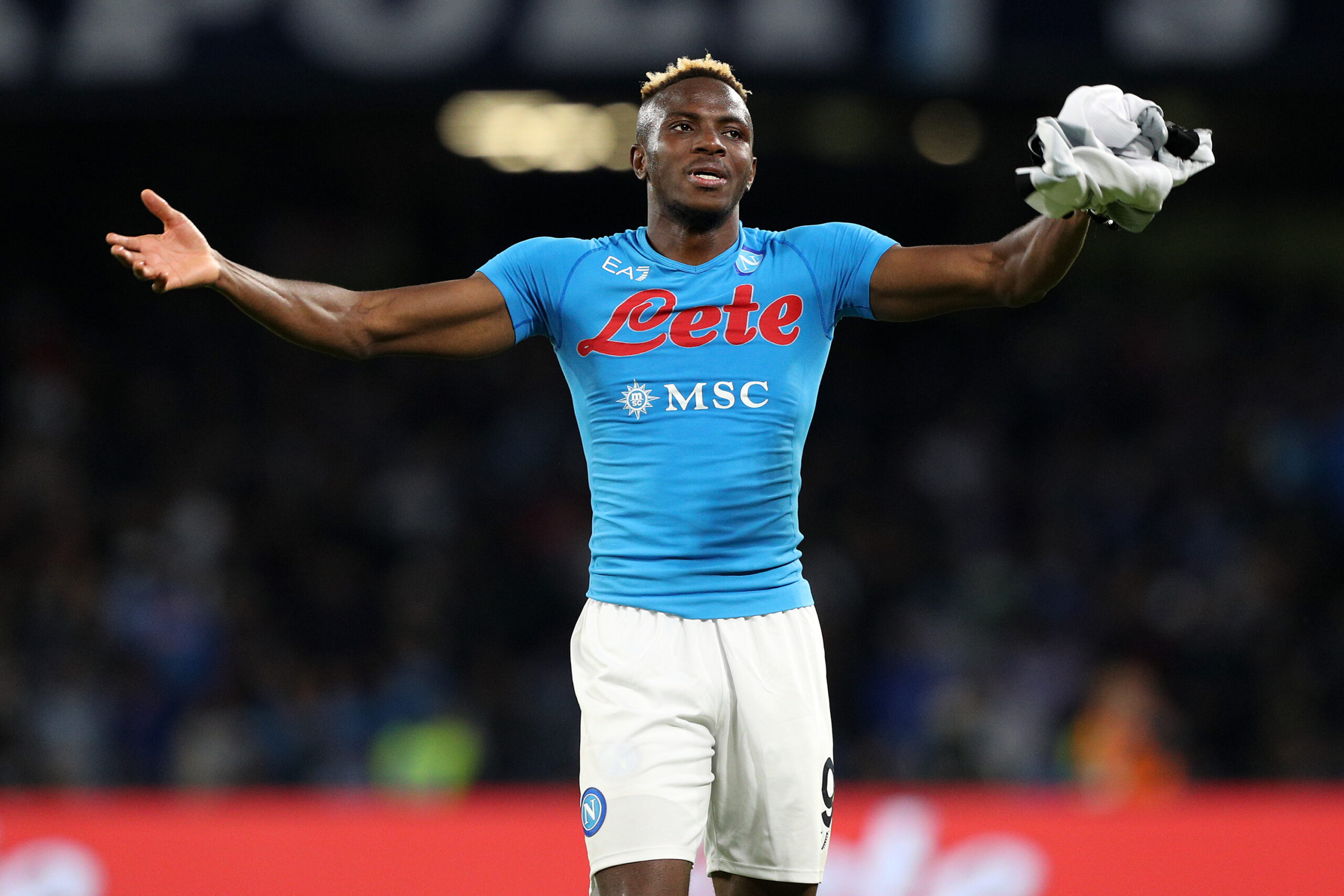 That’s according to a report from Italian media outlet Il Mattino who claim the 24-year-old is being courted by six Premier League clubs, including United.

The Dutchman signed Wout Weghorst earlier this week, but the giant forward is a short-term solution to a long-term problem.

And it seems as though the United boss has a plan in place for the summer transfer window.

Il Mattino reckon that United are willing to pay an incredible €150 million (£132m for the Nigeria international. That would smash the Red Devils’ current transfer record by a whopping £40m!

Man United paid £92m for Paul Pogba in 2016 (Guardian), but the Osimhen deal would blow that out of the water.

That’s an awful lot of money for United to splash out on one player, but Osimhen is the kind of striker who would take Ten Hag’s side to a new level.

The Nigerian is physically strong, possesses blistering pace and is a very good finisher – 12 goals in 14 Serie A games this season is evidence of that.

If United brought the hitman to Old Trafford, they would have one of the deadliest attacks in world football.

Victor Osimhen will not be leaving Napoli in January unless something dramatic happens.

However, United will likely go all out to bring him to the Premier League from Serie A in the summer.