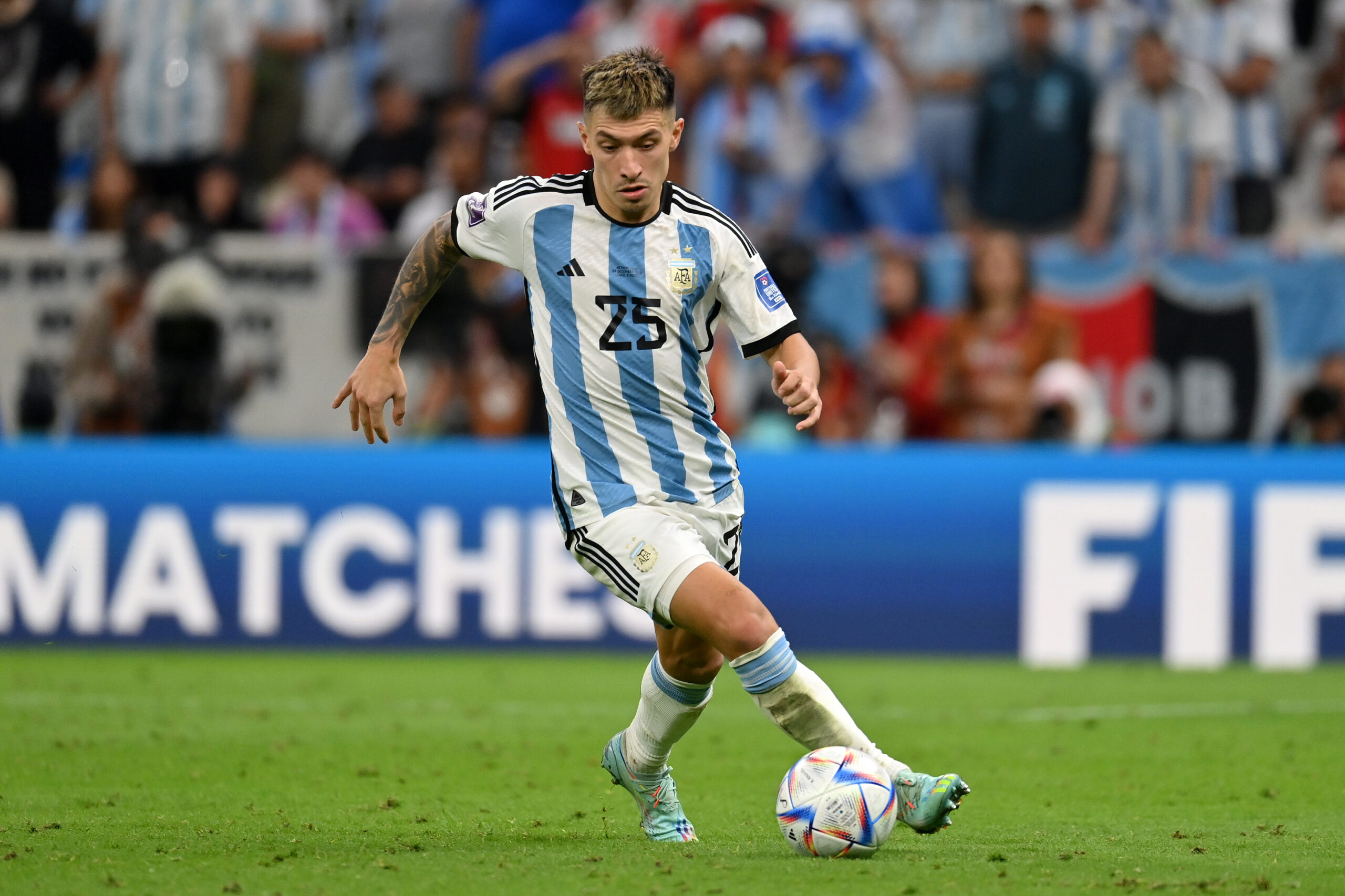 The 24-year-old did not feature in all of Argentina’s games but was solid at the back when called upon by Lionel Scaloni.

Martinez was unavailable for United’s game in the Carabao Cup against Burnley and the Premier League fixture against Nottingham Forest.

During the pre-match press conference (via manutd.com) ahead of the game at Wolverhampton Wanderers, Ten Hag was asked about Martinez’s availability.

Ten Hag was further asked how much of a boost Martinez will get after becoming a world champion and whether it will affect his confidence.

“I think it is already a boost,” Ten Hag added. “I think already he is a player who is convinced in himself.

“He has high belief, but I think also this experience will strengthen him even more, and he has to bring that in the squad.

“I think Argentina, they played to win, in contradiction to many other nations, who play not to lose. I think also that mentality has shown many times in Manchester United.

“[He is] proactive, and that’s what I like and when it is difficult to stand [tall]. And when he can show that more, it will help us more.”

It remains to be seen whether the former Ajax star will start for United against Wolves. Molineux has always been a difficult ground for United, and Ten Hag will want to have his best eleven on the pitch.

Lisandro Martinez has been in stellar form since joining Manchester United

It comes as no surprise that Ten Hag relies heavily on the Argentinian. Since joining the club last summer, Martinez has been in stellar form.

After forming a partnership with Raphael Varane, the two centre-backs have been crucial to United having any chance of finishing in the Champions League places.

The task at hand was not an easy one after United’s poor performances last season. However, Martinez has proved his mettle by keeping five clean sheets in 14 league games this season.

Martinez has been one of the best defenders for the Red Devils, winning 61 percent of all his duels in the league.

Despite keeping a clean sheet in the game against Forest with Luke Shaw and Varane, Ten Hag will hope he can have Martinez start the game.