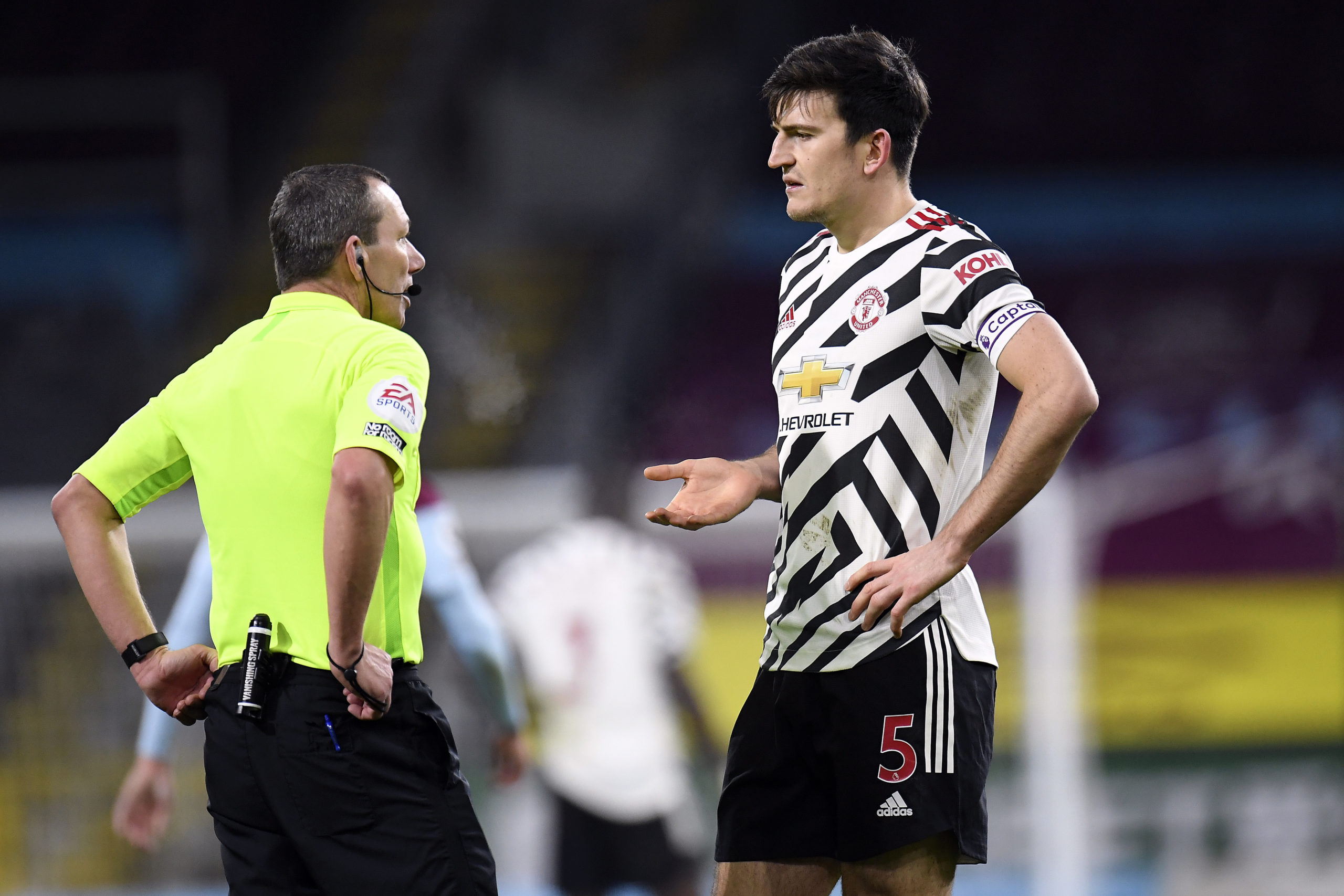 Crouch’s remarks came after Maguire headed home in the 37th minute, but referee Kevin Friend deemed it as a foul and the VAR supported the call.

The replays showed Maguire charging on a near-perfect cross from Luke Shaw from the left, but before heading the ball into the net, Maguire made a contact with defender Erik Pieters. The goal was disallowed.

Questions are once again being raised on the use of VAR which has not eliminated doubts over referee’s calls as it was intended to do, but in fact, has created new ones. Former England international Jamie Redknapp also questioned the decision.

Midfielder Paul Pogba, who scored the winner in the match, also said that he believed it was a goal.

The biggest question that has been raised on the effectiveness of the VAR is the fact that every contact looks dangerous if it is viewed in slow-motion.

Earlier this month, United were awarded a controversial penalty against Aston Villa after a soft touch from Douglas Luiz in the 62nd minute.

This has become a trend in the VAR-era of football and even the staunchest of supporters of the technology have started seeing flaws in it.

Liverpool manager Jurgen Klopp pointed it out last month. “I used to be one of the people who said, ‘yes, VAR is a good idea’ but I’m really not sure if I would say that again, to be honest – now we have it, and now we have to deal with it,” he was quoted as saying by Goal.

Maguire’s disallowed goal was not the only controversy in Tuesday’s game. There was also the matter of a yellow card given to Luke Shaw after he struck the ball but hit Johann Berg Gudmundsson on the follow-through.

Friend let the game continue, and a few seconds later, Clarets defender Robbie Brady hauled down Edinson Cavani, who had a clear goal-scoring opportunity. Brady was given a yellow card, but there was a check on whether it was a possible red-card situation.

The VAR took its time, and instead of giving a red card to Brady, Friend deemed Shaw’s follow-through challenge on Gudmundsson as a foul and gave him the yellow card. He also rescinded Gudmundsson’s yellow card.

While there were critics who pointed out that Shaw had a foot on the ball first, and hence the decision was a wrong one, there were others, including Gary Neville, who said that the United left-back should have been given a red card.

The Premier League issued a statement explaining the reasons behind the controversial call. “When the referee was at the screen, he was first shown the challenge by Shaw on Johann Berg Gudmundsson,” it read.

“He determined that this was a foul and was part of the phase of play that led to the challenge by Brady. The restart was a Burnley free-kick, with Brady’s yellow card rescinded, and a yellow card issued to Shaw.”

United have come on the right side of the VAR-affected game but it has certainly exposed further flaws in the system.

There is an urgent need to fix the technology and come up with concrete sets of rules and regulations, rather than deeming every minimal contact as a foul.

Liverpool defender James Milner said in October that ‘VAR is ruining atmosphere in football’ and he seems to be right.