Harry Maguire on the scoresheet as England run riot in Hungary 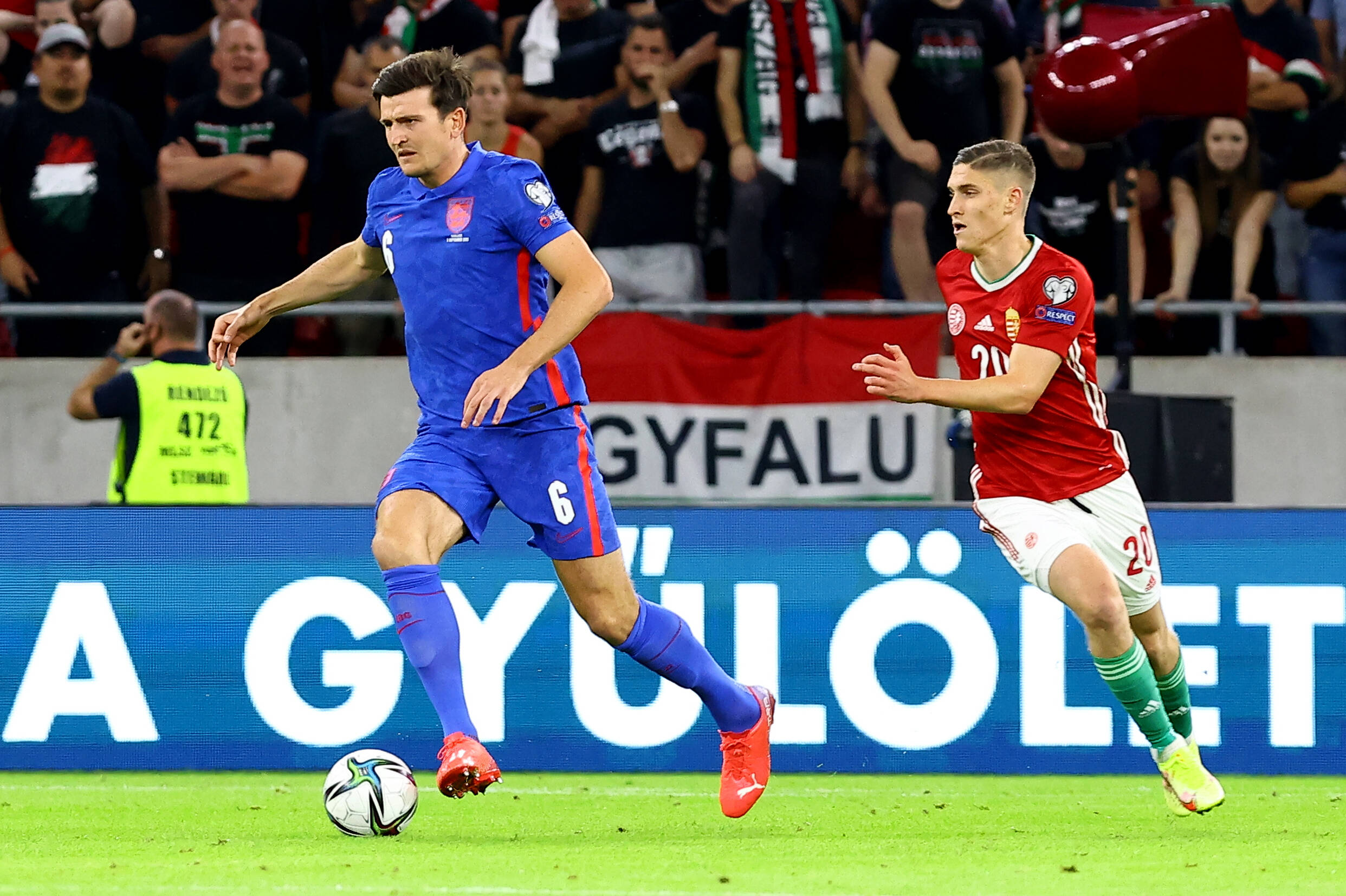 England responded to their European Championship heartache in emphatic fashion, brushing Hungary aside with a comprehensive 4-0 victory at the Puskas Arena.

Gareth Southgate’s men returned to international action for the first time since losing to Italy after a penalty shoot-out at Wembley Stadium back in July.

Although there were doubts over England’s psychological state following the painful defeat in the Euro 2020 final, the Three Lions were nothing short of outstanding on Thursday night.

After being held goalless at half-time, the visitors found their feet in the second half, putting four goals past RB Leipzig’s Peter Gulaszi to cement top spot in the 2022 World Cup qualifying Group I.

Manchester City star Raheem Sterling got England off the mark in the 55th minute before Tottenham Hotspur talisman Harry Kane put clear daylight between the sides.

While the forwards combined for England’s opening two goals in Hungary, Manchester United defenders put the third on the board in the 69th minute.

The star defensive duo spent 90 minutes on the pitch as they continue to impress following an eye-catching Euro 2020 campaign.

Shaw and Maguire (and the rest of England’s defence) allowed the Hungarians just a single attempt on target in a remarkable collective display from the travelling side.

England are now five points clear of their closest pursuers in Group I and are on course to reach the World Cup finals for the seventh time in a row.

The Three Lions’ next World Cup qualifier pits them against minnows Andorra on Sunday.

This could be an opportunity for Jesse Lingard to return to the starting line-up as manager Gareth Southgate is likely to rotate the squad ahead of an arguably tougher game against Poland next Wednesday.

The 28-year-old winger came on as a late substitute against Hungary, replacing Chelsea’s Mason Mount in the 84th minute.