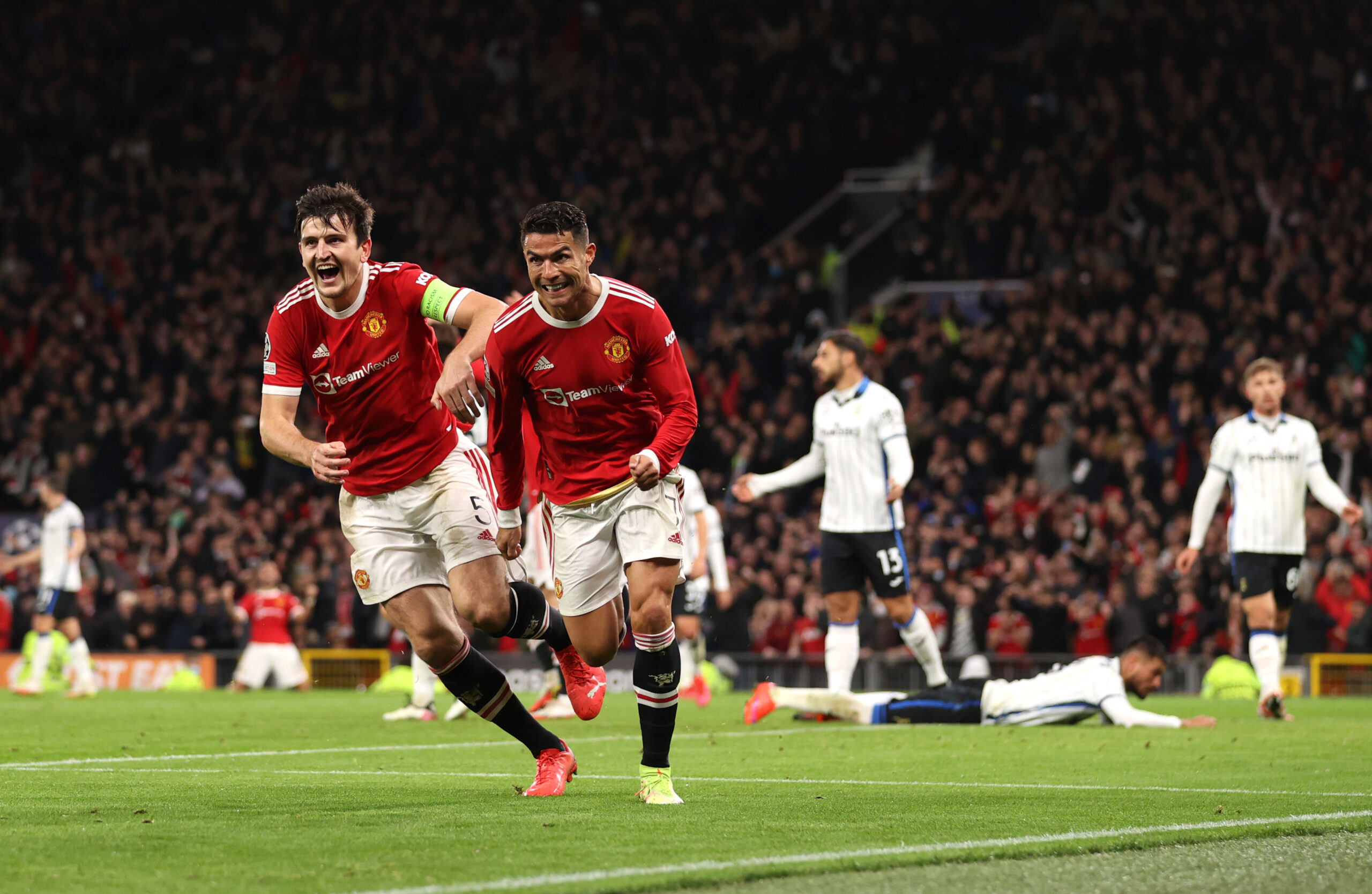 Harry Maguire insists Manchester United ‘deserved to win’ after picking themselves up from a 2-0 deficit to beat Atalanta 3-2 in the Champions League.

The Red Devils’ supporters went through another emotional rollercoaster at Old Trafford as Ole Gunnar Solskjaer’s men once again played with their fans’ nerves in the first half.

Despite creating several clear-cut opportunities, United missed the final touch in the first 45 minutes, while Atalanta looked ruthless whenever they had a chance to pounce on their hosts’ defensive mistakes.

Mario Pasalic broke the deadlock in the 15th minute, putting the ball past David de Gea from point-blank range after Josip Ilicic and Davide Zappacosta made United’s defence look silly.

Another Maguire blunder this season led to Atalanta’s second, as Juventus loanee Merih Demiral escaped his grasp to connect a free header with Teun Koopmeiners’ corner-kick delivery just before the half-hour mark.

Marcus Rashford wasted a couple of decent chances to pull one back for the hosts before the break, seeing his close-range effort rattle off the bar on the stroke of half-time.

However, the English forward made up for his misses eight minutes into the second half with a composed finish following Bruno Fernandes’ delightful assist.

It took United plenty of suffering and patience to break down Atalanta’s well-disciplined backline, but they finally managed to do it in the 75th minute through Maguire.

The Red Devils captain went from zero to hero, sending his well-struck first-time effort into the bottom right corner to level the score with 15 minutes left.

Who else but Cristiano Ronaldo to bring the smile back to the faces of Man United fans.

The veteran forward’s thunderous header in the 81st minute turned the tables on Atalanta, helping Solskjaer’s side avoid another painful evening.

During the post-match interview, Maguire insisted his side deserved to claim all three points while he also heaped praise on Ronaldo.

“The first half, we conceded two bad goals – two big moments in the game,” the centre-back told BT Sport.

“For the first, they caught us out and then the second it is a set-play that we shouldn’t be conceding.

“We created a lot of chances in the first half, so we knew at half-time that the next goal would be crucial.

We got the goals we needed and deserved, and I think we deserved the win in the end. Yes, we made it difficult, but it is a tremendous victory in the end.

“I had eyes on it all the way. I was right behind him. His leap, his timing, it was perfect right in the corner.

We see it day in, day out in training and in the goals he has scored throughout his career.

“He has come up with a massive goal for us again in the Champions League.”