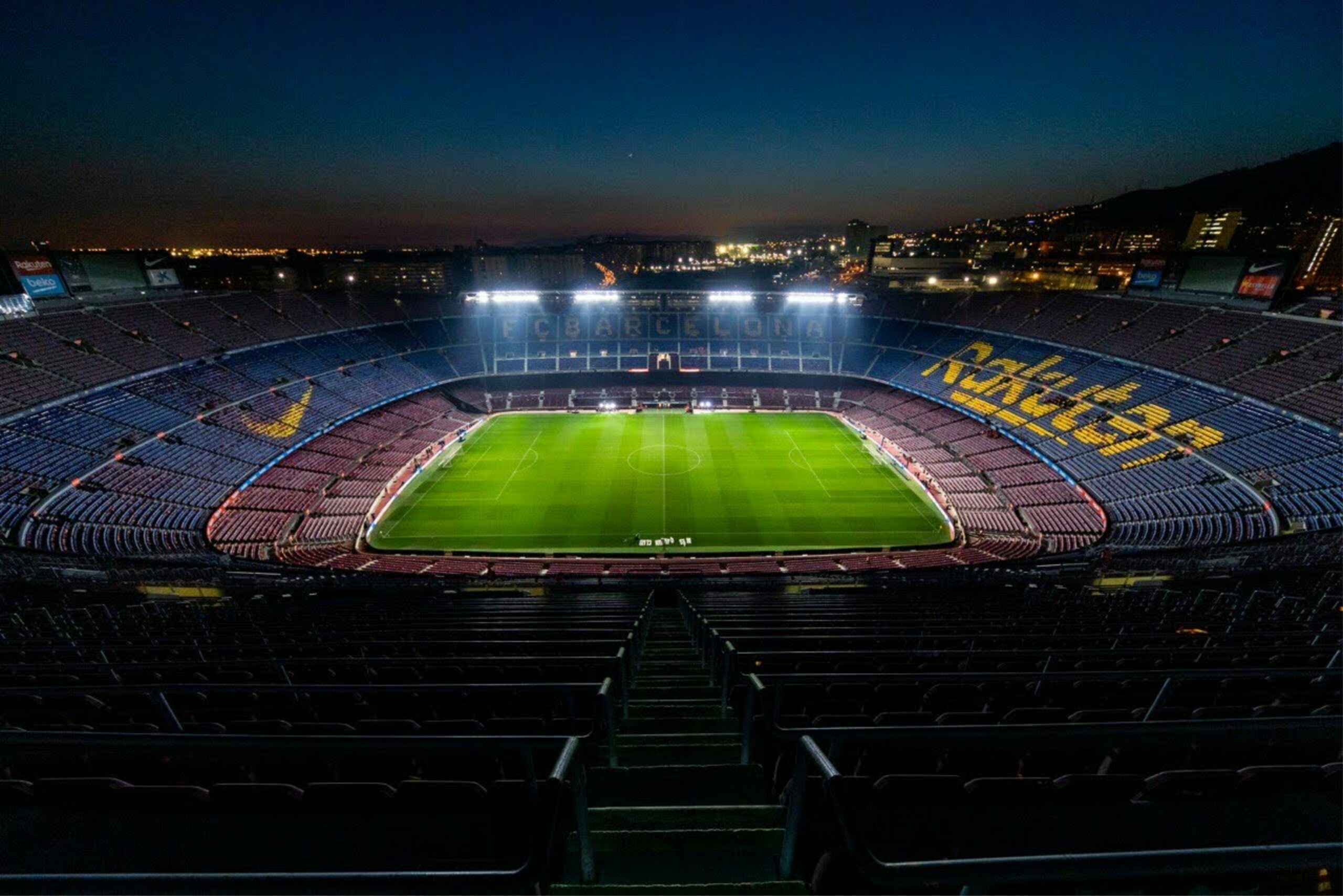 Catalan giants FC Barcelona are on the lookout to shore up their backline during this summer’s transfer window. After a turbulent 2021/22 La Liga campaign, which saw Barca watch their bitter rivals win a league and Champions League double, the club is desperate to rebuild and compete at the top table of European football once again.

A new centre back is high on the agenda for Barca in the close season, with one Manchester United defender a surprise inclusion on their hit-list of potential targets. Harry Maguire – still the world’s most expensive defender – is said to be interesting Barca, according to Fabrizio Romano.

29-year-old Maguire, who recently earnt another call-up to the England senior squad, has endured a torrid time at Old Trafford. Despite being appointed club captain, Maguire’s patchy form has been symptomatic of United’s inconsistencies in the last two seasons. His performances have been a long way away from those at former club Leicester City, where he excelled under the somewhat reduced spotlight at the King Power Stadium. Nevertheless, it’s not like he wasn’t playing under any pressure whatsoever. Maguire was enlisted to replace key figures from the Foxes’ squad that pulled off one of football’s greatest shocks to win the Premier League title in 2015/16. He appeared to thrive off this responsibility at Leicester but has somewhat wilted under similar demands at United.

According to Romano, incoming United manager Erik Ten Hag is yet to have a face-to-face conversation with the club captain. It is said that this will take place in the coming days to discuss his plans and his views on Maguire’s future. Romano believes that despite Maguire’s links to the Nou Camp, it is “not a realistic option” unless the dynamic shifts considerably and United consider transfer-listing their asset to entice a bid from the Barca hierarchy.

Young Dutch centre back Jurrien Timber is said to be high on Ten Hag’s list of transfer targets for United this summer. The 20-year-old is a versatile option that can play at centre half and at right back, having excelled in both areas under Ten Hag at Ajax. He was named “Ajax Talent of the Year” this season, but whether he is ready to fill the boots of Maguire remains to be seen.

Villarreal’s imposing central defender Pau Torres is also a realistic proposition for United, which could spell the end for Harry Maguire. The 6ft 3” Spaniard has been in imperious form for Villarreal in recent seasons, helping them to the Europa League title last year. According to Romano, Torres has a release clause with ‘The Yellow Submarine’ worth €60m, which could be covered by the cost of moving on Maguire.

Other possible destinations for Harry Maguire this summer

If a dream switch to Barcelona does not materialise for Maguire – and Ten Hag decides to move the England international on – there are a few alternative routes Maguire and his agent could look to go down.

First and foremost, he could consider a return to former club, Leicester City. Foxes boss Brendan Rodgers is said to be firmly on the look-out for new central defenders, with the likes of Ça?lar Söyüncü allowed to depart the club this summer as part of a squad rebuild. Maguire played some of the best football of his career to date in a Leicester jersey and could see a return to the East Midlands as an opportunity to reset mentally and physically.

Chelsea are a team that will also be seeking defensive reinforcements this summer. The departure of Antonio Rudiger and Andreas Christensen has focused minds at Stamford Bridge. Furthermore, the £4.25bn takeover of the Blues has been formally completed, giving boss Thomas Tuchel a blank chequebook to rebuild the Chelsea side in his image. The German likes a three-man central defence, which suits Maguire down to the ground.

One thing is for sure, if Maguire’s time is up at Old Trafford, he still won’t be short of potential suitors despite this indifferent spell.