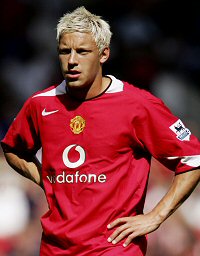 I have been tied up with a lot of work these days. So apologies for not covering the Inter-United game. Now that, plenty has been said and discussed about the game, not to mention our ever active comment threads, I will let it lie for the moment. Although, there certainly were some points worth dwelling on, which I will discuss in a separate post.

Anyway, moving on, this has been an eventful week, and a fan couldn’t have asked for more mixed feelings than he might be feeling now. First we have Rossi’s transfer and then Smith’s. Just when one thought we were going nuts selling strikers that we hear about the imminent transfer of Tevez. Yes, this is 99.999% certain!

But first things first. Alan Smith, after three seasons at the club, decides to move to Newcastle. This move itself has evoked a sense of ambivalence in me. On one hand, you had a fighter – a player who would never give up till the end, and on the other you had a player who scored 45 career goals in 233 games (that is, nine years) out of which just 7 goals were for Manchester United. Hardly the kind of statistic that would set a person’s heart racing. His most testing season would have been the one where he was converted to a midfielder. Sadly a horrific injury put paid to that. His readiness to change his position at a relatively advanced age showed what he was made of. His recovery furthered the notion that he was, indeed, the man of steel. All this made him worthy of wearing the shirt.

Although, with his limited abilities, it makes it impossible to give him a run in the side. So it was only fair that he was sold to a club that could give him a good run. However, I might not have expected him to move to Newcastle – a club already brimming with strikers.

Oh well, that’s probably the challenge a bloke like Smudger might relish. So cheerio Smudge, you will forever remain in the hearts of the United faithful.

Meanwhile, Carlos Tevez should certainly be unveiled in a United shirt, by Monday at the latest, pending formal ratification by the Premier League. To quote:

Although the agreement still needs the approval of the Premier League and the Football Association, there was growing confidence from all sides last night that the tortuous saga was close to a conclusion.
A statement outlining the peace deal could be made today, provided there are no last-minute hitches.
Under the terms of the agreement, MSI and Just Sports Inc, the two companies who own Tevez’s economic rights, will pay West Ham Â£2 million to effectively buy him out of the remainder of his contract.

So now that both parties have agreed, I’d expect that the League authorities won’t mess things up anymore. (Because the League’s lawyers were constantly apprised of the developments.) The deal stinks, because they had to ensure Sheff United don’t launch their own lawsuit.

For us, though, it’s now only a question of when as we now clearly know who we have to pay our 20 million quid to. At the time of writing this post, the PL had yet o make a statement. So we will hopefully add to this post when we get updates on the league’s approval of the Tevez saga.

Anyway, welcome Carlos Tevez. Hope you enjoy playing for the club and become a United legend.