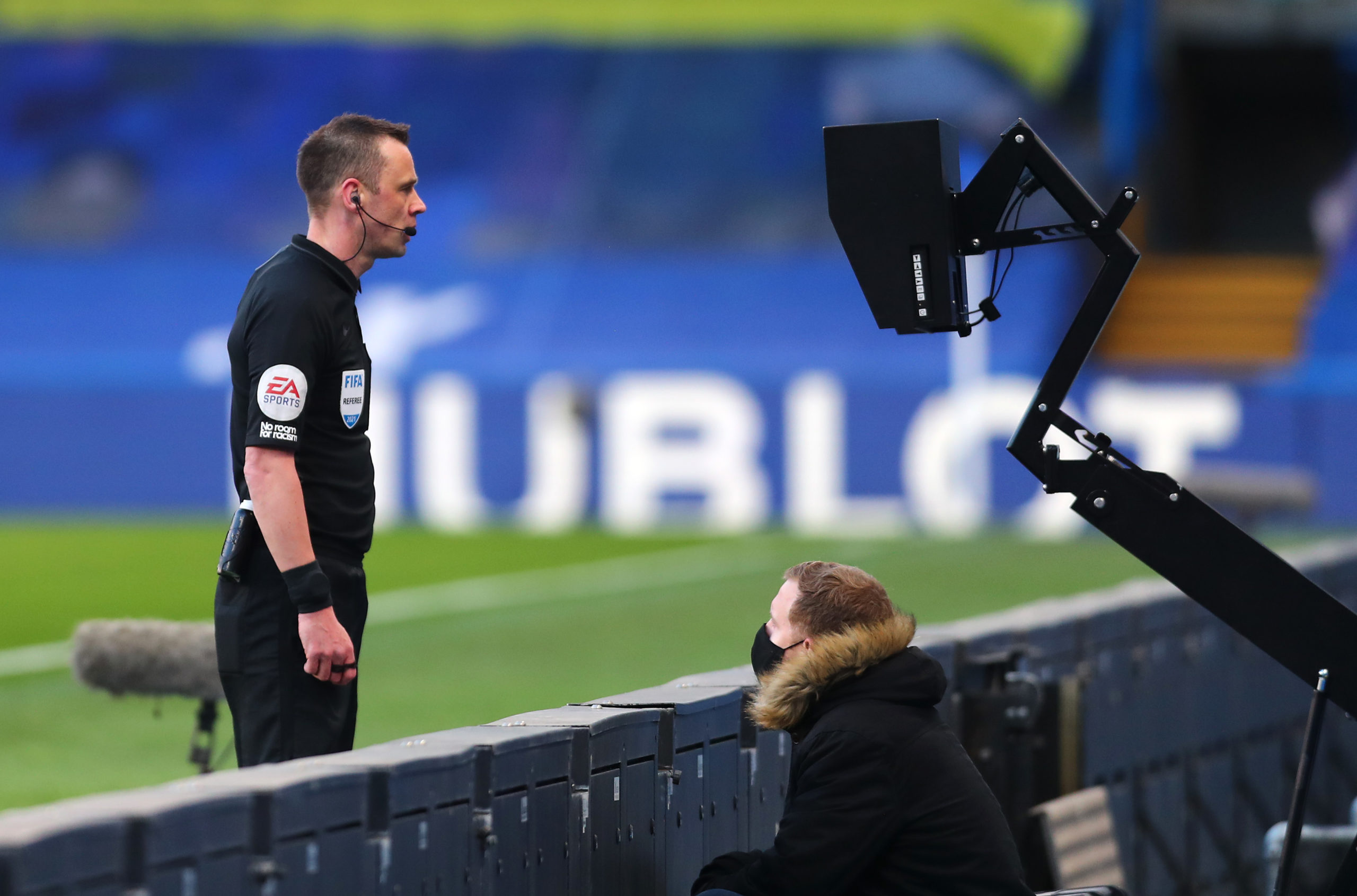 Referee Stuart Attwell’s decision not to award what appeared to be a clear-cut penalty for Manchester United against Chelsea prompted a vexed reaction from Gary Neville.

United found themselves on the receiving end of another suspicious VAR call as they were denied a spot-kick at Stamford Bridge.

The incident took place in the 15th minute when Callum Hudson-Odoi overextended his hand while tussling with Mason Greenwood for possession in his own box.

After a bit of ball-juggling between the two English youngsters, the referee waved play on. However, Attwell was soon instructed to consult with the side-pitch monitor for a potential handball.

The 38-year-old took his time but eventually ruled against United, although it was clear that Hudson-Odoi used his hand, not once but twice.

“But the referees are bolder and the handball laws are being changed in front of our eyes as the season goes along.

“There is no doubt earlier in the season that this would have been a penalty. Hudson-Odoi’s panic is the fact that his arm should not be there.”

It is hard to remember the last Premier League game week going without a VAR controversy.

It has been a rough ride for the VAR so far. The system has been a subject of criticism ever since its introduction at the beginning of last season.

United fell victim to harsh VAR treatment earlier in 2021 when they played out a 1-1 home draw with West Bromwich Albion.

Mbaye Diagne opened the scoring inside the first 120 seconds with a towering header after wrestling Victor Lindelof to the ground.

Referee Craig Pawson and his VAR consultant Jonathan Moss found no wrongdoing in the striker’s attempt to get on the end of Conor Gallagher’s cross despite furious appeals from the Red Devils over a clear obstruction.

Harry Maguire saw a similar goal disallowed in United’s 1-0 win at Burnley back in January. Referee Kevin Friend, who instantly whistled a foul, had no change of heart after revising the situation on the screen.

Instead of facilitating the decision-making, the VAR has led to a fair share of discussions.

And although the latest in a long list of VAR-related controversies inflicted damage on United, it will certainly not be the last.