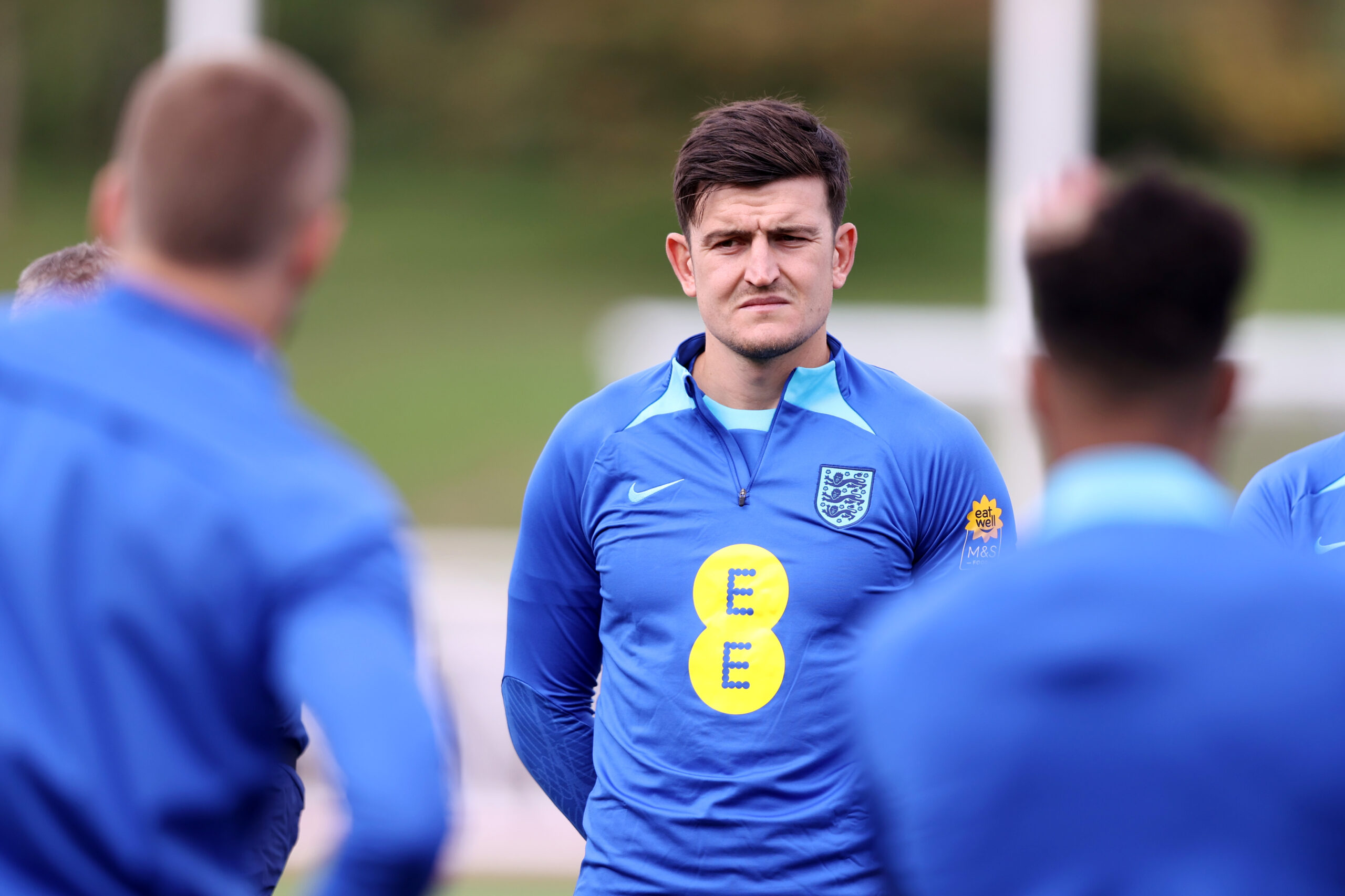 Gareth Southgate has hinted that Harry Maguire is in the England team despite his disappointing start to the season at Manchester United.

The 29-year-old has been a regular for the Three Lions, but there were doubts about his inclusion in the national side after his struggles this term.

He has started only two Premier League matches losing his place to Lisandro Martinez, who arrived at Old Trafford this summer.

It looks unlikely that Maguire will be able to regain his place as the Argentine has been amazing with his performances.

However, the former Leicester City star still looks to have the backing of the national team coach and is likely to start against Italy in the Nations League on Friday.

Southgate said (as per The Guardian): “Clearly, it’s not an ideal situation [with Maguire]. We’re only a few weeks on from pre-season so, physically, if they’ve had a few 90 minutes, that’s fine. Another seven to eight weeks, that does start to become more complicated.

“But he is an important player for us and it’s important to back our best players. Whatever reputation I have, I’m putting it on there. He is our most dominant aerial centre-back.

“Him and John [Stones] are incredible with the ball – the amount of pressure they have taken for the team in tournaments because we don’t always have that midfield pivot player who can progress the game.

“It means there is a huge amount more pressure on our centre-backs to use the ball well, and those two are as good as any in world football at doing that.”

Not fair to single out Maguire

Maguire has received plenty of criticism from fans recently. The Red Devils splashed out £80 million to secure his services, but he hasn’t justified that valuation.

However, it is unfair to single him out for criticism more than any other player at United. Many underperformed last season, but he received the most abuse from fans.

Erik ten Hag made the right decision to bench him after his poor displays in the first two league matches.

There was no leadership or alertness from the England international against Brighton & Hove Albion and Brentford as the Red Devils suffered disappointing losses in both matches.

Martinez and Raphael Varane have formed an excellent defensive partnership, and they have played a big part in the recent improved performances of the team.