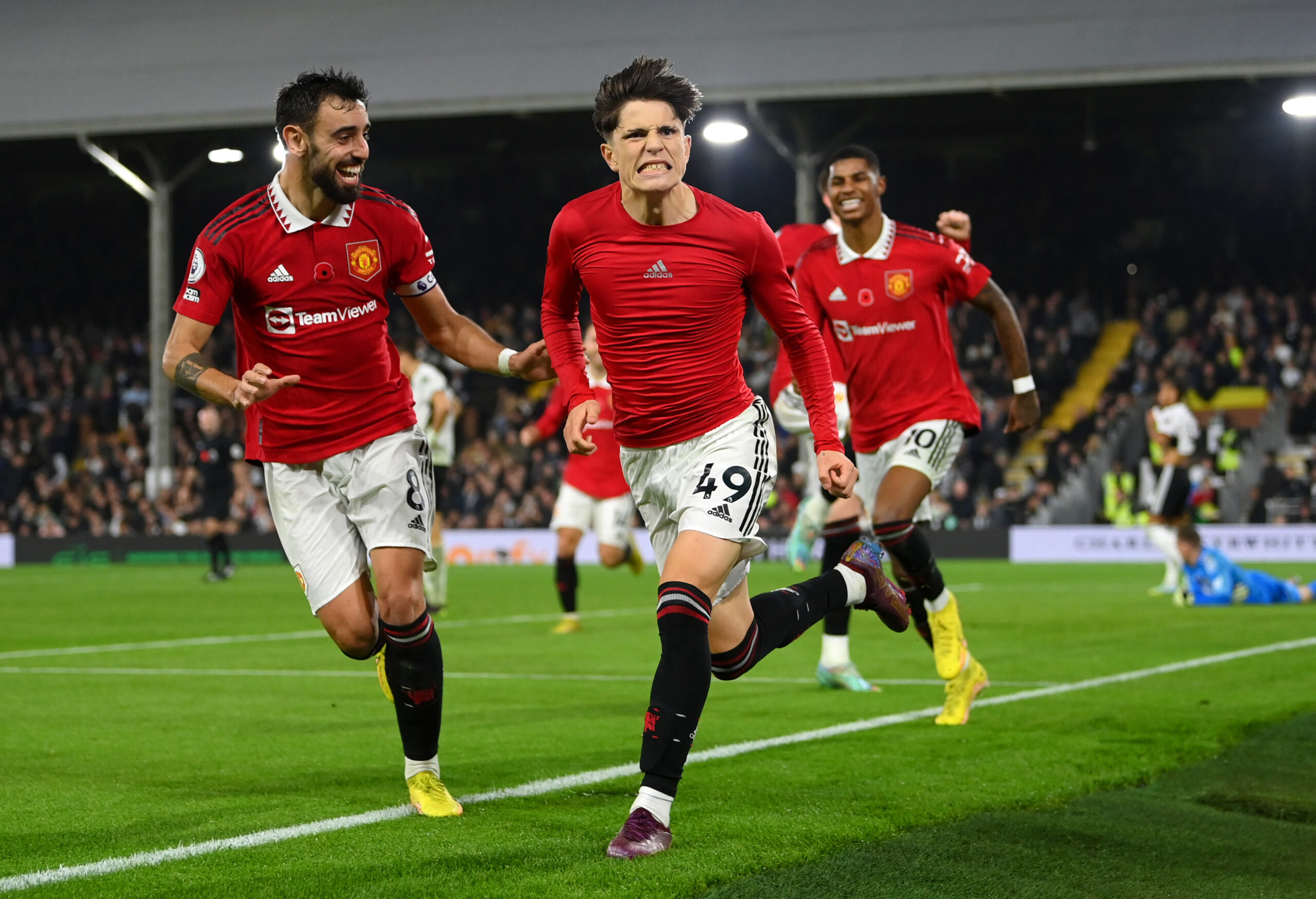 The fixture crucialtant as this was the last game before the players join international camps to participate in the World Cup.

Erik ten Hag made six changes to the side which defeated Aston Villa in the Carabao Cup.

Jadon Sancho, Antony and Cristiano Ronaldo remained on the sidelines. Diogo Dalot was suspended due to an accumulation of yellow cards.

Christian Eriksen opened his goalscoring account for the Red Devils to put the visitors ahead.t

Marco Silva introduced Dan James on the hour mark, and he immediately caused plenty of problems with his breakneck pace.

The former United winger’s efforts were rewarded as he finished off Tom Cairney’s cross to make it 1-1 soon after coming on.

It looked like the two sides would have to settle with a, point but substitute Garnacho stole the show with just a few seconds left on the clock.

Here are our three talking points from this enthralling game.

United need to be more clinical

Without a doubt, United should have had a lead of at least three goals by the conclusion of the first half.

After opening the scoring, Eriksen had another brilliant chance to find the back of the net. Bruno Fernandes pulled a cross back to the centre of the box, only for the Dane to fire just wide of the post.

Martial had two decent opportunities before the break to extend his season’s goal tally, but he also failed.

Scott McTominay came off the bench to operate in the number 10 role. Luke Shaw delivered an inch-perfect cross into the box, but McTominay headed it over the bar.

Ten Hag must address the lack of composure in the final third. This deficiency in quality could come to bite them later in the season.

In the absence of Dalot, Malacia played at right back. The 23-year-old struggled throughout the first half, with Willian turning him around several times.

Malacia wasn’t confident enough to make tackles with his weaker right foot. That encouraged Fulham to exploit his flank to create opportunities. He was also caught out of his position in the build-up to Fulham’s equaliser.

Aaron Wan-Bissaka was not even on the bench, which shows that he is completely out of favour under Ten Hag.

Signing a new right-back has to be a priority for the Red Devils in the January transfer window. They cannot compete a whole season with just one right-back in the squad.

Alejandro Garnacho is living the dream

The 18-year-old has had a fortnight to remember! In the last four games, Garnacho has bagged two goals and notched two assists.

He came off the bench against Aston Villa in midweek when his side was trailing 2-1. His pair of assists helped United win the game 4-2.

When Fulham were in the ascendency today, Ten Hag showed his faith in the Argentine forward.

He played a brilliant one-two with Eriksen, who served the ball into the box which was destined to be won by a Fulham player.

However, Garnacho’s exhibited a serious burst of pace to get to the ball and calmly slot it past Bernd Leno.

He should be offered a new long-term contract before other European heavyweights come calling for his signature.