From Pogba to Petrucci – United’s Reputation Is On The Line 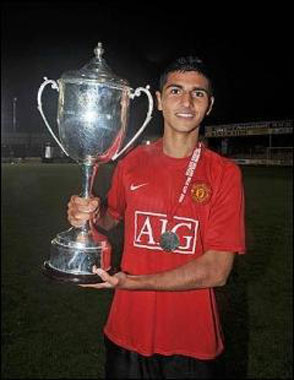 Paul Pogba. I’m pretty sure none of us had heard anything about this young starlet before last week. In fairness, I doubt the season ticket holders at his former club Le Harve had even had the chance to comprehend his potential before he was whisked away under a cloud of smoke dosh.

Time to crack open the champagne? Well I doubt our latest signing would be too delirious at the thought as at just 16-years-old, Pogba is two years short of the legal drinking age and he can forget about driving himself to Manchester. The signing of the France U-16’s captain has, rather understandably, been greeted with sheer condemnation from the midfielder’s former employers.

“Le Havre wishes to express its indignation regarding the dealings of Manchester United’s directors,” the French club said in an official statement.

“This foolish act is even more unacceptable because it comes from a club with such stature.”

The statement went on to claim that United were guilty of offering large sums of money to the parents of Pogba in an attempt to persuade their son to opt for a switch to the Theatre of Dreams.

It’s a touchy subject really. On the one part we have acted within UEFA guidelines and simply offered a promising youngster the chance to nurture his talents with the most famous club in the world. At the other end of the spectrum you have the argument claiming that Pogba is just 16-years-old and that he shouldn’t be uprooted from the club of his youth, and indeed his homeland, at such a young age.

I have to say that I can fully comprehend the animosity that has been shown by Le Harve towards our club and board of directors. When this sort of topic comes up I always find myself saying ‘how would we feel if another club did this to us’ and it’s particularly prevalent here. Let’s just say for arguments sake that Real Madrid came in and poached a young Salford lad that was destined for greatness before he had even reached his 17th birthday. I don’t know about you but I’d be furious!

In these situations it’s worth pointing out what would be best for the player himself. As long as he is happy with moving abroad with his family in tow, there is no doubt he will receive the best possible football education in the Carrington environment. If the young lad proves to have the ability there is nothing to suggest that Sir Alex won’t give him a chance in the first team in the next couple of years too. Whether this is an issue of compensation, morals or even both, it really is a subject up for debate at the moment.

I guess the thing that gets me in these sort of transfers are the reports that suggest we slipped a few extra quid in the direction of the respective player’s parents to smooth negotiations. A similar thing happened with Federico Macheda and Davide Petrucci who we acquired as a 16-year-old from Lazio, offering his father a position as a groundsman at the club in an apparent attempt to sweeten the deal. That signing was met with similar outrage by the Italian club and it would seem we could be looking to ‘poach’ again in the future too.

Without concrete facts it’s difficult to point fingers but are you of the opinion that the club’s reputation is being dragged through the mud or are we merely offering potential stars the chance to flourish, acting completely above board in our actions?