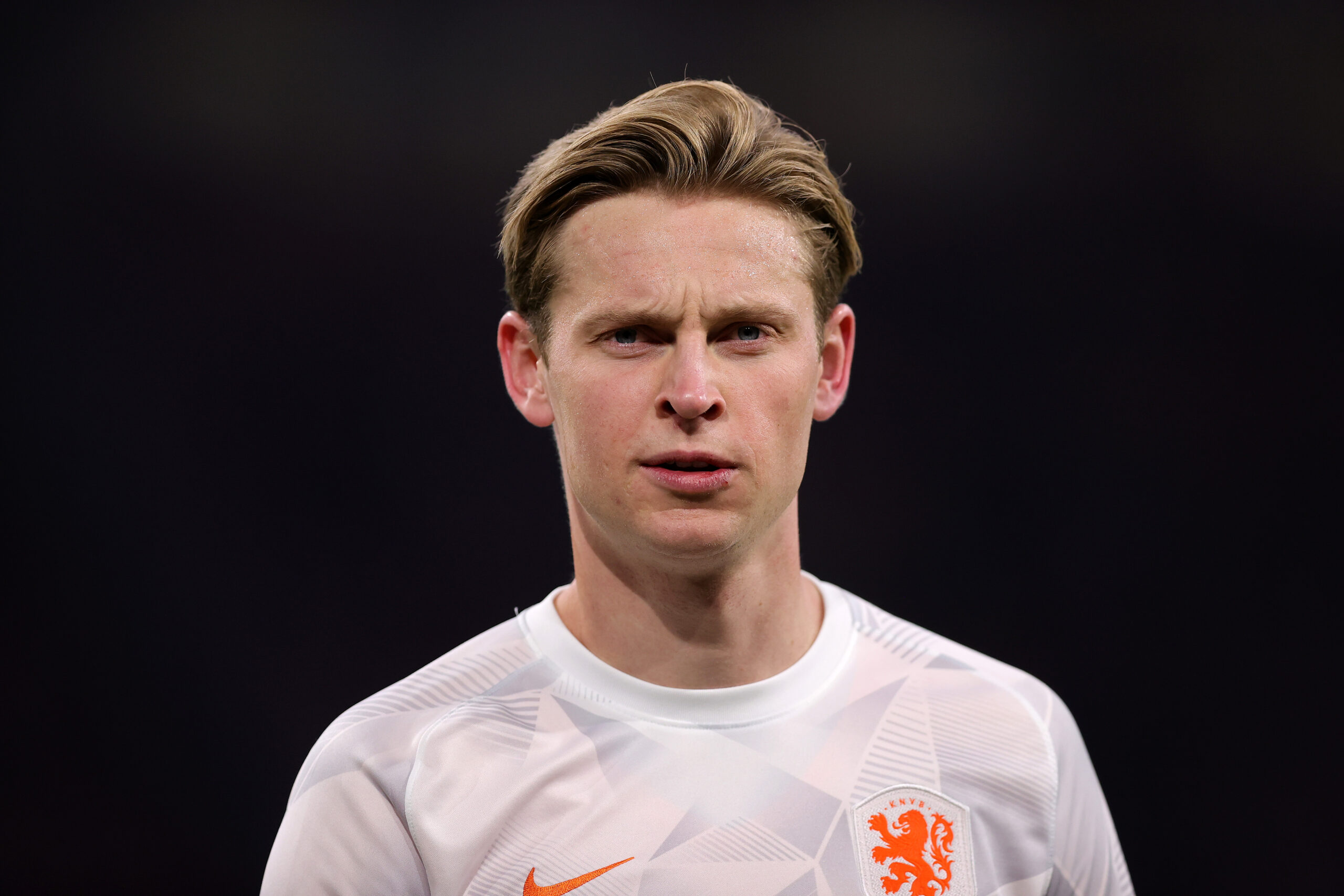 The Red Devils already have an agreement in place with the Catalan giants, but the move has yet to materialise with De Jong yet to be convinced to part ways with the club.

The 25-year-old ace is reluctant to move on from the Blaugrana. On the other hand, if he decides to leave, the Spanish side would need to settle his outstanding deferred wages.

This has completely stalled United’s pursuit of the ball-playing midfielder, but Van der Kraan insists that the club are certainly not giving up on signing him in the coming weeks.

He told Football Daily: “Frenkie de Jong is still an absolute number one priority for Erik ten Hag and Manchester United, and they are certainly not giving up.”

United not giving up on long-term pursuit of De Jong

United have spent the entire summer trying to pursue De Jong. They have finalised a fee worth €75m million plus €10m in add-ons with Barcelona for the player, but need to convince him.

The midfielder seems adamant on staying with the Blaugrana, but the club could push him through the exit door in the coming weeks as they need a big-money sale to register new signings.

De Jong is the most viable option to leave the club, and it could be a tussle between United and Chelsea to sign the former Ajax graduate before the September 1 deadline.

The Blues have an edge over United with Champions League football which is De Jong’s priority, but Ten Hag could be driving factor to lure him to Old Trafford this summer.

The Dutch tactician managed him at Ajax for a couple of campaigns. The 52-year-old got the best out of the midfielder, who played from a deep-lying number six position.

At Barcelona, he has not lived up to the expectations from a central role. He would get the chance to play in his desired spot under a familiar face if he were to join United.

Ten Hag has reportedly been in regular contact with the midfielder, and United still seem optimistic that he will end up signing for them before the transfer window shuts.

United are currently in advanced talks to sign Juventus’ Adrien Rabiot with personal terms left to be agreed. He is a more of a left-sided midfielder unlike De Jong, who operates centrally.