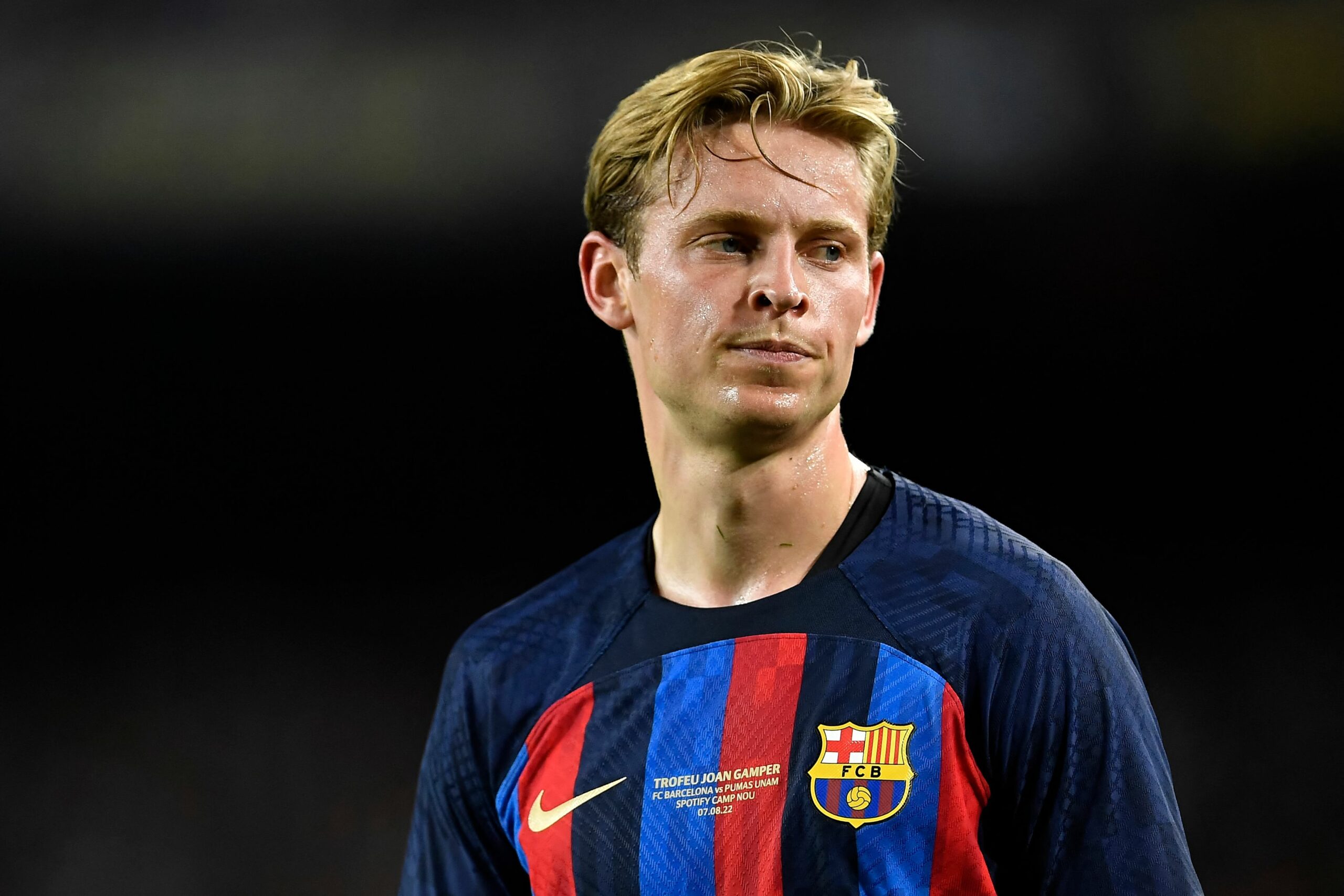 Barcelona midfielder Frenkie de Jong has admitted in the dressing room that he can go to Manchester United before the transfer window closes, Spanish outlet Sport claim.

The Red Devils have already agreed a fee of €75 million plus €10m in add-ons for the Netherlands international, but the 25-year-old has yet to finalise personal terms with them.

The Dutchman is said to be reluctant to negotiate with any club until his €17m deferred wages are paid. On the other hand, it has been claimed that he does not want to join United.

Despite this, the Red Devils have not given up on their pursuit due to the insistence from manager Erik ten Hag, and have now received a big boost in their bid to sign the midfielder.

United are the only club that have agreed a transfer fee with the Catalan giants thus far and De Jong has privately admitted that he could move to Old Trafford towards the end of August.

Aside from United, Chelsea have been heavily linked with the former Ajax graduate in recent weeks, but the west London club are yet to make a formal move to the Blaugrana for the player.

The Blues have already spent a staggering €167m on new recruits this summer, and they are currently bidding to sign Leicester City defender Wesley Fofana, who could cost around €94m.

With that in mind, it is unclear whether the club can afford to spend further on De Jong’s services. United clearly have the edge at the moment and have now been handed a much-needed boost.

The player himself has admitted the prospect of joining the club. The news should be welcomed by many fans that have grown frustrated with a prolonged transfer saga over two months.

De Jong would provide a big upgrade on the current midfield regulars in Fred and Scott McTominay. He is vastly superior than the duo when it comes to ground distribution and ball control.

The Dutchman does not shy away from the odd tackle either while he can dribble his way into the final third when required. He can also produce key passes in the lead-up to goals for his teammates.

De Jong prefers to play right in front of the defence, but he has operated more centrally at Barcelona due to Sergio Busquets’ presence. He would definitely play in his preferred number six role at United.