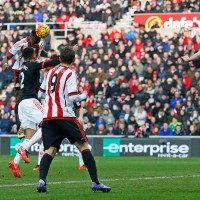 Manchester United’s already slim hopes of reaching a top four finish this season were dealt a fresh blow as they slumped to an embarrassing defeat away at Sunderland on Saturday.

Having gone behind after just three minutes, United equalised through a sumptuous Anthony Martial’s finish and looked to have dragged themselves back into the game, only to serve up an utterly inept performance in the second half as Sunderland found a deserved late winner.

A few weeks ago, Louis Van Gaal claimed United were still in the title race, on Friday he conceded his side’s only goal this season was a top four finish but, following United’s dismal display at Sunderland, he was forced to admit United are likely to watch the Champions League on TV next season.

At least the Dutchman has now finally seen the light as, based on Saturday’s performance, his side have absolutely zero chance of breaking into the top four and, even if they did, they would simply be making up the numbers in the Champions League next season.

Even with matches against the current top four sides still to come the chances of United closing the gap are minimal, in fact they might have to start looking over their shoulder as Southampton and West Ham are only a point behind. 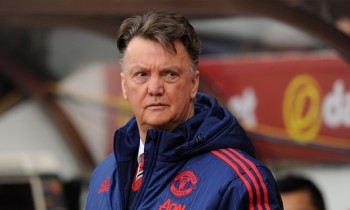 Earlier this week, Ed Woodward rolled out a series of impressive figures as United published their quarterly results, which sadly seem to be the only kind of result the club has an interest in these days.

On the pitch, the numbers make for a grim reading, as Van Gaal’s side have failed to win in 17 of their last 26 games in all competitions, have a point less than they did at this time of the season during David Moyes’ catastrophic tenure and have picked up a meagre 11 points in nine games against the sides currently in the bottom six. 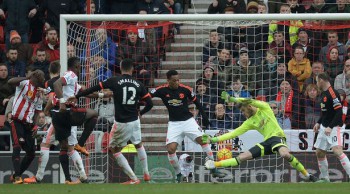 Speaking after the game, Wayne Rooney was almost lost for words as he tried to explain United’s dismal performance, admitting his side didn’t create enough chances and were overwhelmed by Sunderland’s intensity.

“The aggression of Sunderland was much higher than our aggression and we could not cope with them,” Van Gaal said as he echoed his captain’s words, further highlighting the feeling the Dutchman has long given up the fight.

United’s soft approach was inexcusable but perhaps not entirely surprising as Van Gaal has been a lame duck for two months and the players must surely know the Dutchman’s future is already decided.

Even if Woodward finally decides to sack Van Gaal before the end of the current campaign, United will look back onto the season as another wasted opportunity. Woodward in particular should have acted when United were still in an eminently better position than the one they find themselves in and should have sacked Van Gaal after the defeat at Bournemouth.

After losing to Eddie Howe’s side, a result which came after United had picked up only two points in their previous two Premier League games, United were fourth, six points behind league leaders Leicester, four and three points below Arsenal and City respectively and three points ahead of Spurs.

Since then, United have picked 12 points, Arsenal and City 15, Leicester 18 and Spurs 22. Failure to finish in the top four this season could have been averted had Woodward acted in time.

5) Europa League to be taken seriously? 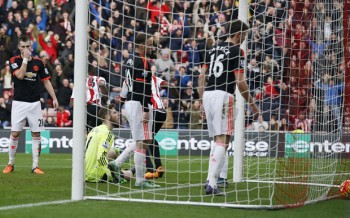 After the defeat at Sunderland both Rooney and Van Gaal said winning the Europa League might be United’s only chance to secure a Champions League spot.

“It will be very difficult to qualify for the Champions League through the top four now. We know that. It’s a sad day for us,” said the United captain. “Winning the Europa League might be the only way we can get into it.”

However, would anyone really expect a team incapable of beating a struggling Sunderland side to see off the likes of Spurs, Napoli, Sevilla and Dortmund? No, the wouldn’t.