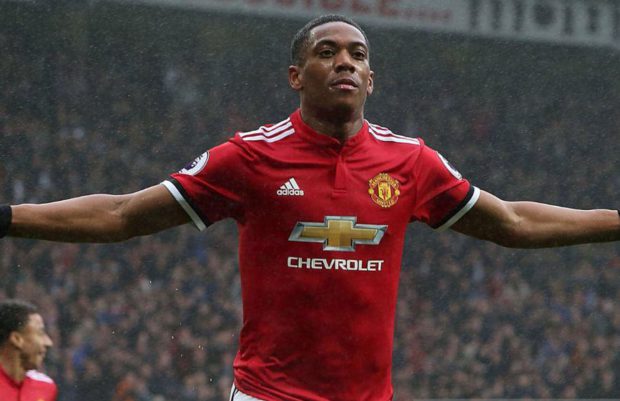 A late winner from super-sub Anthony Martial earned Manchester United three precious points from a tense, nervy clash with Tottenham Hotspur at Old Trafford on Saturday. Another tactical masterclass from Jose Mourinho against a top six side ensured we kept pace with Premier League leaders Manchester City, who beat a plucky West Brom 3-2. But Spurs, who badly missed injured striker Harry Kane, will be left ruing a missed opportunity as they ceded ground to Chelsea, Arsenal and Liverpool, who all won on Saturday.

Here are five things we learned from Manchester United 1-0 Tottenham:

Despondency and pessimism filled the Spurs contingent when they learned that the England striker would miss the game through injury. He leads the Premier League goal scoring charts this season with eight goals in nine games, and that is despite not scoring once in August. He has been simply sensational in September and October, also banging in five Champions League goals and scoring regularly for the England national team, so he was always going to be a massive loss. But it also underscored the lack of depth in Tottenham’s squad. Their starting XI is second to none, but beyond that they are thin on the ground. Fernando Llorente is not trusted to lead the line in a game of such magnitude, so that role was left to Heung-min Son, who is more effective from wide areas, playing off Kane, and struggled to impose himself in this fixture. Without Kane to hold up the ball and link play, Spurs were blunted in attack and created few chances.

Mourinho gets it right again

He may have owed a debt of gratitude to his substitute, but Jose Mourinho has an excellent record in the big games. He always seems to have a plan up his sleeve to thwart the attacking threat posed by some of the best teams around – this is the man who invented “parking the bus”, winning the Champions League with an underwhelming group of players at FC Porto and Internazionale – and it paid dividends against Spurs. We set out to stifle Tottenham’s creative players, like Christian Eriksen, and to pin back their marauding full-backs, hoping to nick a late winner – and it worked. It was not pretty, but it was certainly effective. Spurs have been on an upward curve for a while now, but we have now beaten them at home for the last four seasons in a row and we really seem to have our measure at Old Trafford. Mourinho’s team now have the best home defensive record of any team in Europe’s top five leagues and that will stand us in good stead over the course of the season.

Title is not a one-horsed race

Manchester United had dropped five points in their previous two games – a bore draw with Liverpool and a shock 2-1 reverse at newly-promoted Huddersfield.  Our city rivals looked to be running away with the title, even at this early stage in the season. But Pep Guardiola’s men looked fallible in their scrappy 3-2 victory over West Brom, and they will drop points themselves over the course of the campaign. We look the best placed team to capitalise when City do slip up. If you have a look at the Premier League outrights, United are second in the chart, above Spurs and Chelsea, and can be bought at 35 points, and we look like finishing in the top two at the very least.

Tottenham will struggle to improve upon last season

Tottenham were third in 2015-16 and second last season, so would have had to win the title this time around to continue their upward march. However, they now find themselves three points behind us and eight behind City, having won just six of their 10 games, and they will struggle to keep pace with the Manchester clubs at this rate. Their squad looks a bit too small to really go for it both domestically and in Europe, and playing home games at Wembley has hampered them. The sooner they can get Kane back, the better. There are a few key players – Kane, Mousa Dembele, Jan Vertonghen and Toby Alderweireld – that are extremely vital for Spurs, and if any of them miss a game they suddenly look in trouble. Squad depth issues could ultimately derail their title tilt this season, and London rivals Arsenal and Chelsea might start fancying their chances of knocking Spurs out of the top four.

Mourinho’s men have a habit of grinding teams down and exploiting defensive lapses from tired players late on in games. We have now scored 11 goals in the final 10 minutes of Premier League matches this season – more than a goal per game – and it shows the importance of maintaining concentration for the full 90 minutes against us. It is often substitutes that reap the rewards of our late surges and Anthony Martial scored his fourth goal from the bench when he netted the winner against Tottenham. He was jeered when he replaced Marcus Rashford, much to Mourinho’s annoyance, but Martial repaid his manager’s faith with a vital goal. Suddenly all is well again at Old Trafford and we have a title fight on our hands. Just wait until Man City rock up here on December 10.

Martin Green is an experienced sports writer and has been covering the Premiership for many years.