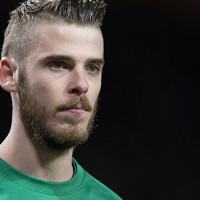 With David De Gea edging closer to a move to Real Madrid with each passing day, it’s almost guaranteed that Manchester United will begin next season with a new goalkeeper but who will replace the Spaniard?

De Gea was named United’s player of the season in the last two campaigns and has emerged as arguably the best goalkeeper in the world, which leaves Louis Van Gaal in a delicate situation as he seeks to avoid a repeat of the scenario that followed Peter Schmeichel’s departure.

United need to replace De Gea with the right goalkeeper and here’s five candidates for the position.

The 26-year-old has emerged as the clear favourite to replace De Gea, after United’s goalkeeping coach Frank Hoek recommended the Ajax stopper to Louis Van Gaal.

Cillessen, who joined the Amsterdam club in 2011, has conceded a mere 29 goals in 57 league games over the last two seasons, keeping 26 clean sheets in the process and was instrumental as the club won four league titles in a row between 2011 and 2014. 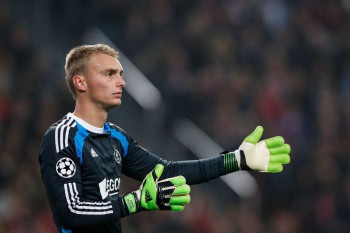 At 6ft 2, the Dutchman, who is under contract with Ajax until 2018, cuts an imposing figure and has emerged as one of Europe’s finest keepers, with his excellent reflexes making hard to beat from close range.

Like all Dutch keepers, Cillessen, who was in Holland’s starting XI at the World Cup, is also comfortable with the ball at his feet but could take some time to adjust to Premier League football.

The Spurs captain was widely considered to be the favourite to replace David De Gea at Old Trafford, until Cillessen reportedly stole a march on his French colleague.

The 28-year-old has been consistently one of the best keepers in the Premier League since moving to North London from Olympique Lyon in August 2012, even though he has conceded more than a goal a game in his 122 appearances in all competitions for Spurs.

However, the France international has kept 32 clean sheets in his three seasons in the Premier League – just two less than De Gea over the same period – while playing behind an often porous Spurs’ back four. 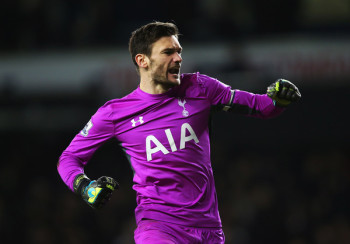 Over the last two weeks, Lloris has stated he wants to play Champions League football next season and he would be an excellent replacement for De Gea given he wouldn’t have to adapt to the Premier League.

On the other hand, Lloris’ has often looked ill at ease with the ball on the ground and dealing with Daniel Levy could prove difficult, as the Spurs chairman has already said he would not allow the Frenchman to leave.

Having lost his starting spot to Thibaut Courtois, the Czech international is almost guaranteed to leave Stamford Bridge this summer.

Jose Mourinho has admitted that he has a fight on his hands to keep Cech in West London, although he has made clear he’s determined to retain the services of the 33-year-old, who has also attracted interest from Arsenal.

Whether Cech will be prepared to spend another season as Courtois back-up remains to be seen, while Chelsea are unlikely to be willing to sell to a direct rival. 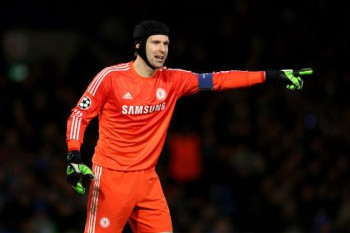 Cech is older than Lloris and Cillessen but Edwin Van der Sar proved that, in the modern game, age isn’t an issue for goalkeepers and United could do with the Chelsea man’s experience.

Commanding in the box and an excellent shot stopper, Cech would be a brilliant short-term replacement for De Gea if the other targets prove to be beyond reach.

A somewhat surprising inclusion in the list, the Slovenian has brilliantly filled the spot left vacant by Thibaut Courtois at Atletico Madrid.

A brilliant shot stopper, the 22-year-old has already showed maturity beyond his age in his first season at the Vicente Calderon, keeping 11 clean sheets and conceding just 18 goals in 21 games in all competitions last season. 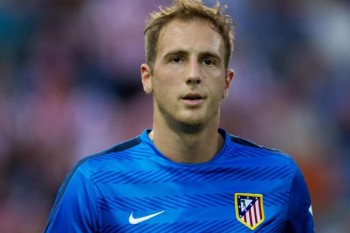 Oblak capitalised on Miguel Angel Moya’s injury halfway through the season and made the number 1 shirt his own, although he would represent a bigger gamble than the other keepers who have been linked with United.

Furthermore, he would not come cheap as Atletico forked out £12.7m last summer to make him the most expensive goalkeeper in La Liga history.

The Inter goalkeeper has endured a somewhat turbulent season, incurring in a number of uncharacteristic mistakes which costed his side a European spot.

The 30-year-old did not help himself by claiming he wants to play for a club capable of guaranteeing him Champions League football on a regular basis and he could well leave the San Siro this summer, as Roberto Mancini looks to rebuild his side. 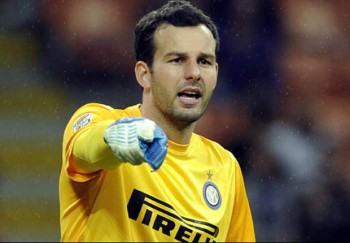 However, while prone to the odd mistake, the 30-year-old remains an attractive option and not only for his renowned penalty-saving abilities – as of the end of October Handanovic had saved 13 out of 29 penalties.

At 6ft 4, the Slovenian offers a commanding presence in the penalty box and with his contract expiring at the end of next season he could be available for a cut price.
Dan
Follow @mufc_dan87