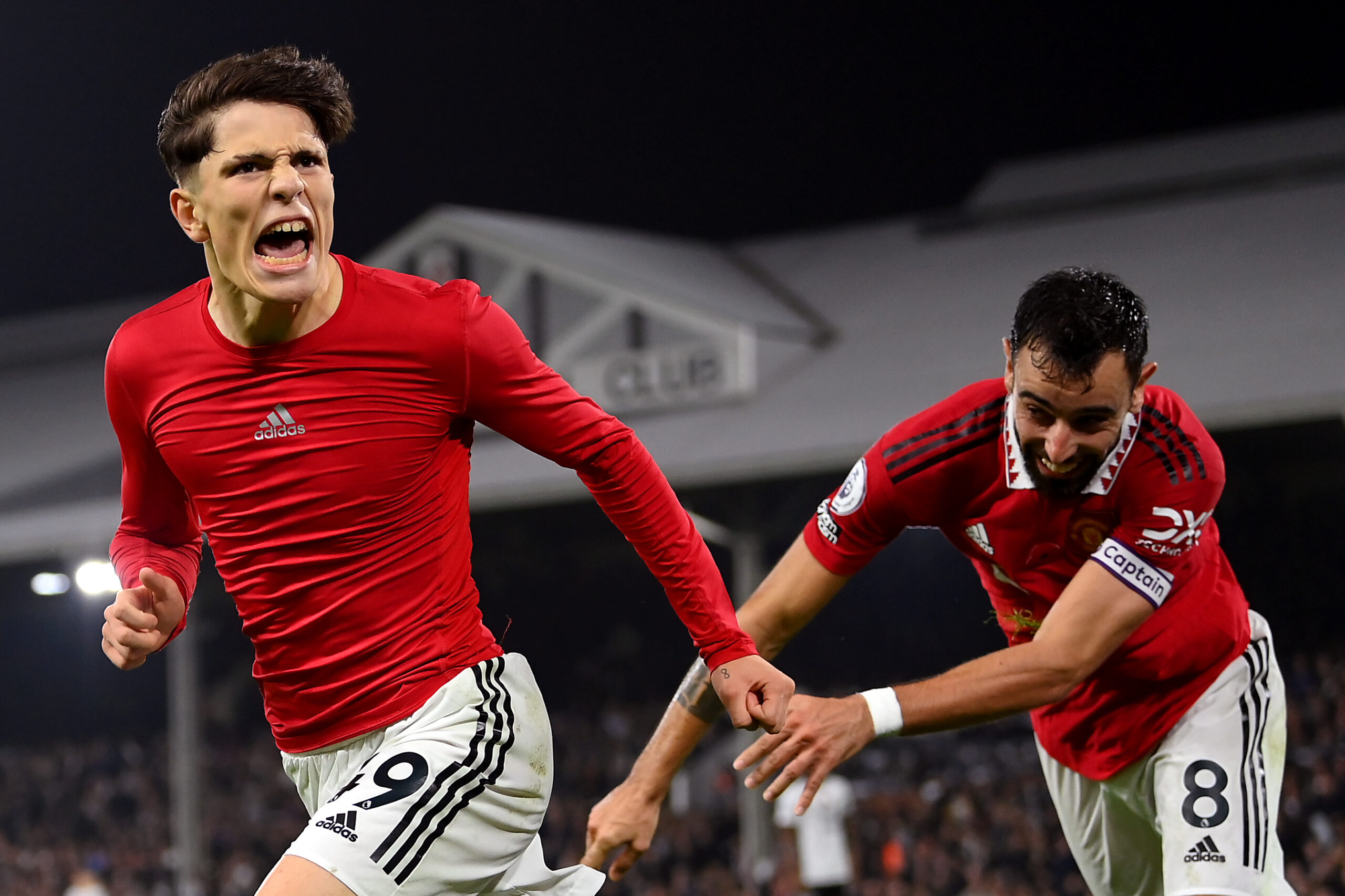 Manchester United’s trip to Craven Cottage on Sunday was successful after a dramatic late winner from Alejandro Garnacho, helping his side record a 2-1 victory.

Christian Eriksen’s opener was cancelled out by Dan James, who is on loan to Fulham from Leeds United.

Garnacho’s goal late in the injury time was a combination of startling pace and composure as he placed the ball into the net from a tight angle.

Bruno Fernandes lauded the 18-year-old for his change of attitude, claiming that he has the potential to go right to the top.

After the game, he said (via Manchester Evening News), “He has a lot of talent. His work rate together with his talent makes a big difference for us.

“Coming from the bench, it’s not the first time he’s made a big impact for us. So, we’re really happy for him.

“We know he can give us goals and assists. I think everyone is seeing the signs of that [right to the top]. Not just because of his goals or his assists, but the way he comes into the games from the bench. No one wants to be on the bench.

“If you’re young or old, it doesn’t matter – nobody likes to be on the bench, so the attitude that he has when he comes off the bench has been fantastic.

“I think he deserves the chances he’s getting, and his goals are the rewards. That’s what football is about.”

The Cottagers were creating better opportunities in the second half as United struggled to construct any meaningful attacks.

The manager had only Garnacho as an attacking outlet on the bench, with others sidelined due to injuries or illness.

With just 20 minutes remaining in the contest, Ten Hag unleashed the teenager.

Rashford switched to the number nine position, allowing Garnacho to operate from his favoured left-wing spot.

The teenager picked up the ball out wide and drove forward to take on the defenders. A quick one-two with Eriksen, followed by an excellent finish in the bottom corner, sent the manager and United supporters into ecstasy.

He rightly celebrated his first Premier League goal with passion. He took off his shirt and hoisted it, telling everyone to remember his name, a homage to his compatriot Lionel Messi’s iconic celebration.