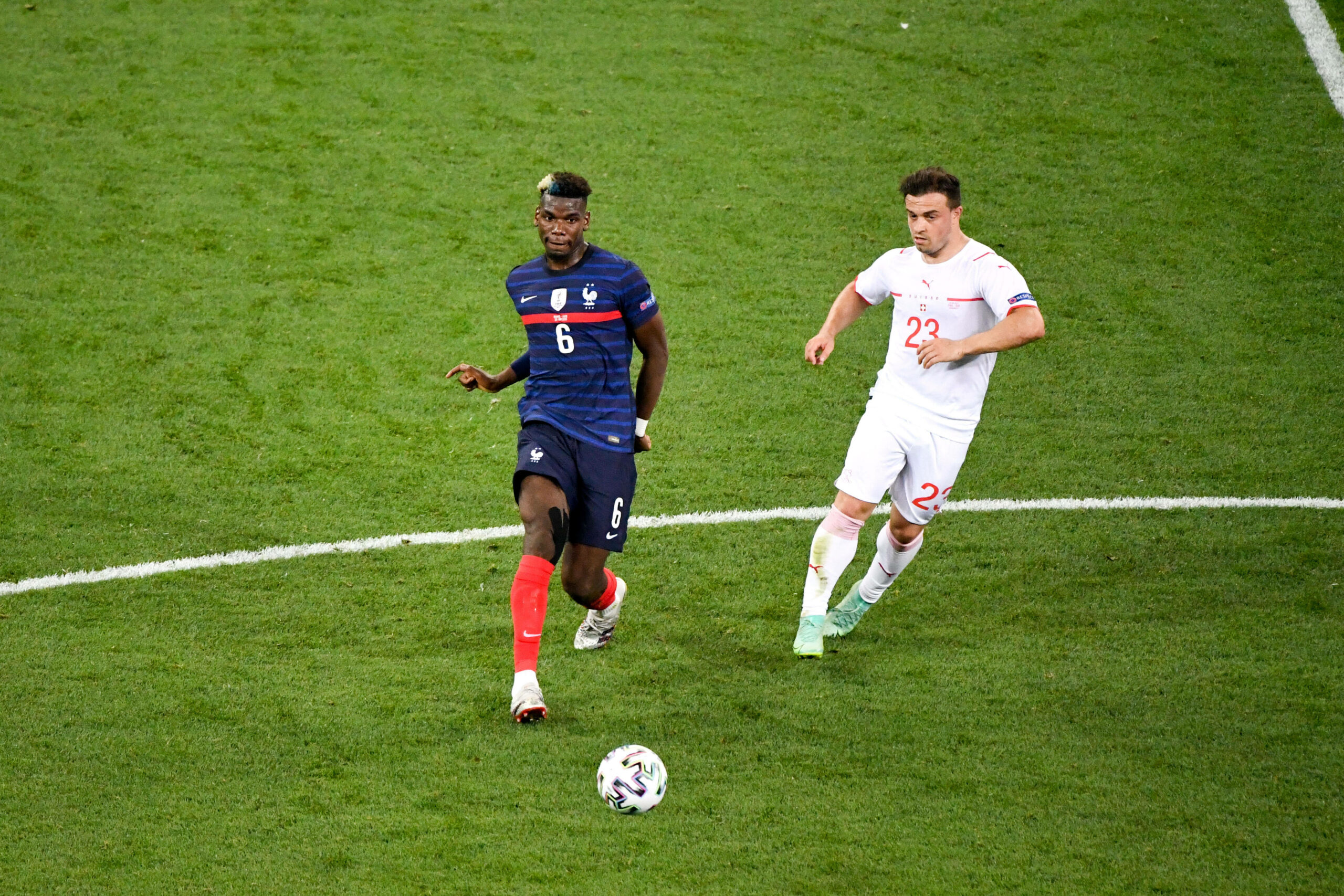 Switzerland knocked out Euro 2020 tournament favourites France courtesy of a 5-4 win in a penalty shootout.

The round of 16 tie against the Swiss was considered an easy draw for Les Bleus who possess a star-studded lineup.

Paul Pogba had been the best player to date, driving the team forward and playing some outrageous passes in every game.

He continued his lethal form against Switzerland, leaving everyone in awe with his defence-splitting passes.

The only difference between the previous games and this game was that he added his name to the scoresheet.

The Swiss team failed to close down space in front of France’s number six who took a second to adjust his feet before curling a stunning shot into the top corner.

It was a goal he thoroughly deserved after carrying forward his national side in the European Championship.

Vladimir Petkovic’s side didn’t lose heart and continued to attack.

In the 90th minute, Pogba lost possession, giving Granit Xhaka the opportunity to find Mario Gavranovic who fired the ball home to take the game into extra time.

This was the only mistake the United midfielder made in the whole game but United legends Roy Keane and Gary Neville were still dissatisfied.

Neville told ITV (as quoted by The Mirror): “We saw the best and the worst of him in the second half.

“This is the best of him, absolutely world-class strike. Brilliant.

“At this point in the game, he’d played a great pass through just before that, he was starting to get into the game, combining, he was running the game.

“When your team is on top, he’s absolutely outstanding.

“He takes risks on the ball, but you want those risks to be in the final third, not in the defensive third, and they get counter-attacked on.”

He said: “He can be frustrating. This is all a part of Paul’s character, which people love to see, but then I’d be looking at the goal they conceded in injury time, where he was sloppy in midfield.

“That’s the bit I’d be really critical about.”

“For all his brilliant quality coming forward, I still think he lacks that discipline defensively.”

A section of fans voiced their anger towards the legendary duo for criticising Pogba even when he was their best player.

They took to Twitter to show their support for the Red Devils’ midfielder.