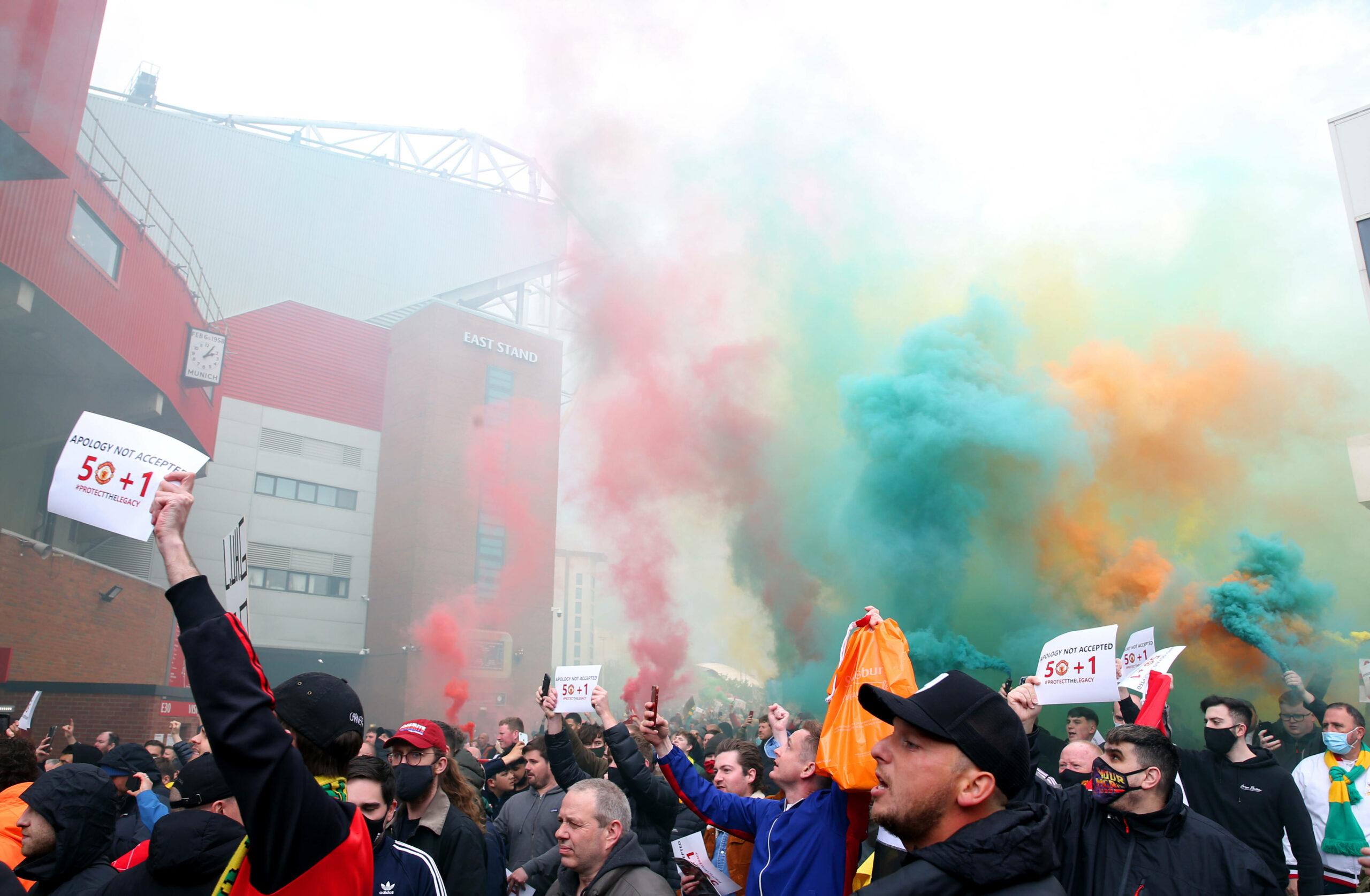 Manchester United fans are considering another protest before the rescheduled match against Liverpool at Old Trafford on Thursday.

A huge protest was organised when Liverpool were scheduled to play at the Theatre of Dreams last weekend.

Thousands of the supporters of the club gathered outside Old Trafford and many of them stormed inside the stadium to express their anger against the Glazer family.

There is now a huge possibility of another fans’ demonstration which is really worrying the club’s hierarchy.

According to a report from the Manchester Evening News, a fans’ group has made a statement asking fans to crank up the pressure.

It read: “Every United fan has now seen the power they collectively hold. Last Sunday’s protests need to be a beginning, not an end.

“The Premier League and the Glazers are terrified the Liverpool fixture could be affected again. It’s our responsibility to make sure it is.

“The protesters at The Lowry undertook a five-hour stint. That’s the sort of action required, but all contributions are of help.

A bunch of tweets were spotted on Twitter directing the fans to join the protest in more numbers on May 13.

The Guardian reports that United are reviewing their security plans at the Lowry Hotel and around Old Trafford.

The hotel is where United players stay before the game as it is just a 20-minute drive from the stadium.

After being blocked from leaving The Lowry last Sunday, it is unclear whether United will change their base for future games.