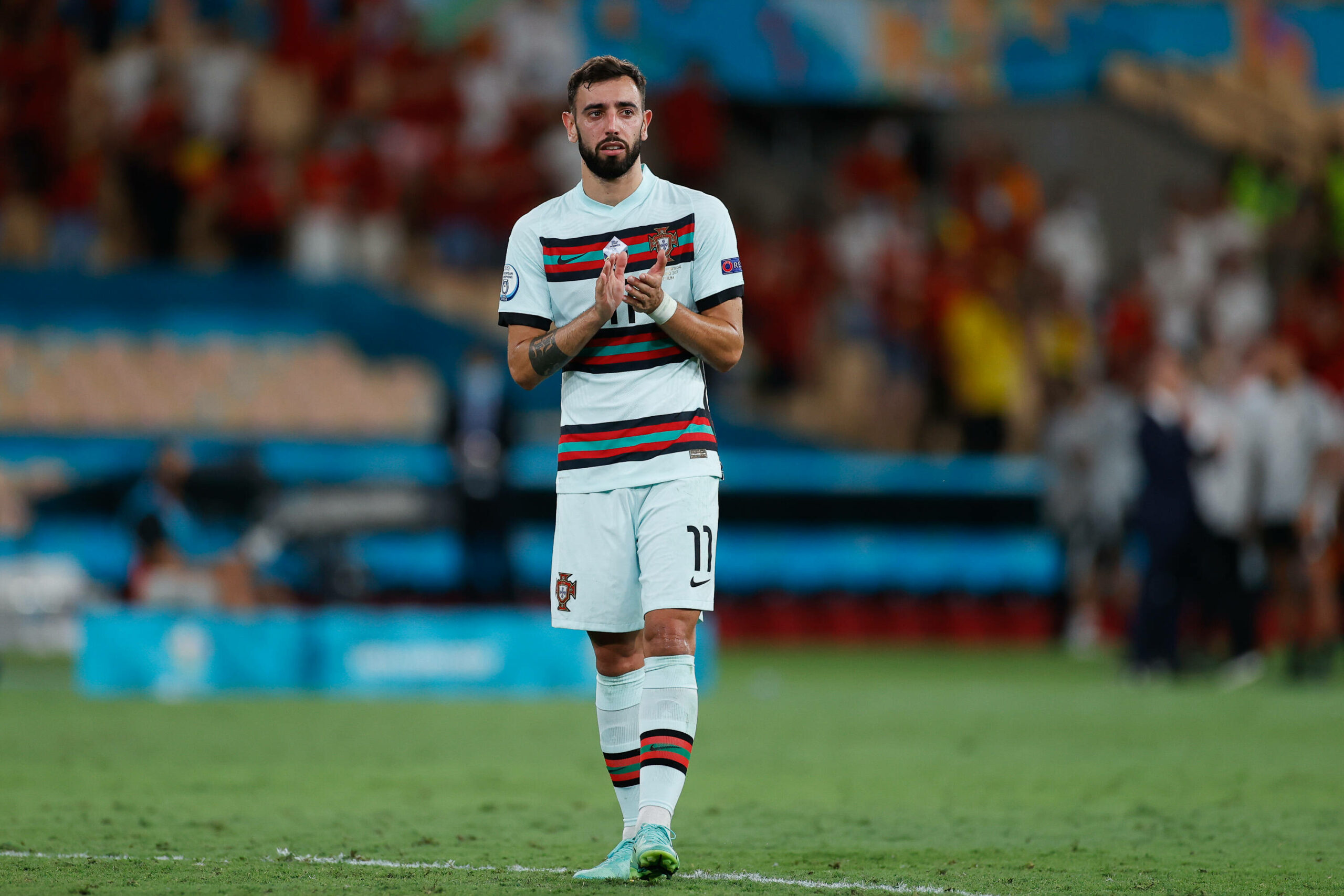 Belgium marched into the quarter-finals of Euro 2020 after defeating Portugal tonight, thanks to Thorgan Hazard’s stunning goal.

However, they failed to score a single goal against Roberto Martínez’s team.

This is a surprising statistic for a player who has been scoring and assisting for fun with the Red Devils.

There were high expectations from Fernandes who had scored 18 goals and registered 12 assists in 37 Premier League games this past season.

However, he was unable to replicate his club form for his national side and was benched for Portugal’s last two games.

With Portugal trailing, Fernando Santos sent the United superstar on the pitch in the 56th minute to inspire his side.

But it was the same frustrating story with the attacking midfielder who was unable to display his creative vision.

His work rate wasn’t great either, making only three tackles in the total four games he played.

This is how a section of fans on Twitter blasted Fernades for his perfromances at the European Championships:

All the blame cannot be placed on his performances.

The former Sporting midfielder has played 83 games since the restart in June last year.

Ole Gunnar Solskjaer knew his importance to the side and was not able to hand him proper rest.

This is a true case of burnout.

It was great to see the Red Devils’ supporters backing their star player after his exit from the Euros.

Fernandes is a magical player and deserves every bit of appreciation he has received over the last two years.

He will get some much-needed rest as Solskjaer prepares his team to challenge for the league title next season.