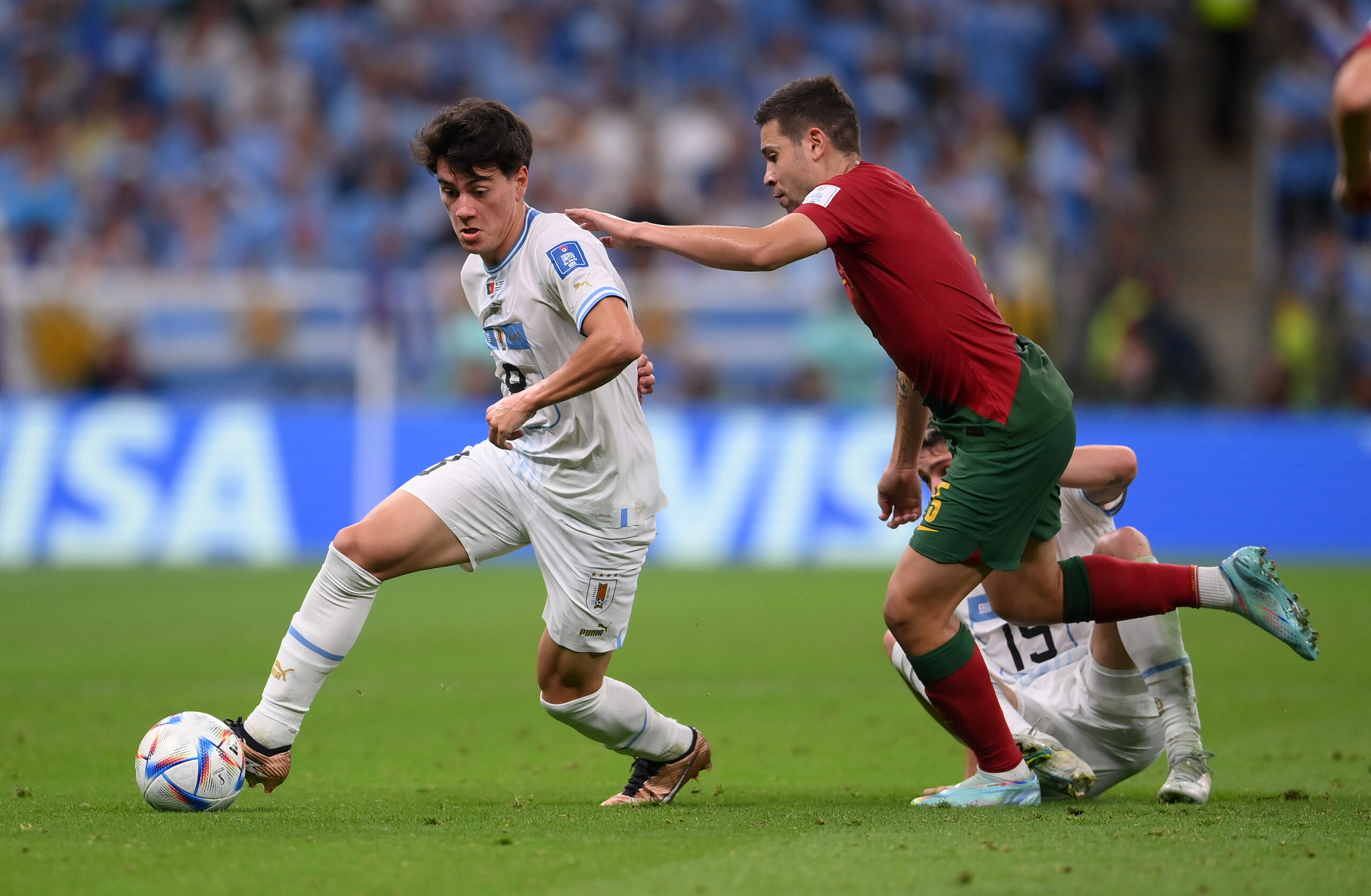 The right winger has yet to make his competitive debut for the Red Devils, but he has played consistently under Uruguay head coach Diego Alonso this year.

The 20-year-old was picked in the starting XI against South Korea last week, but failed to make an impression. However, he was lively against Portugal.

Within minutes of coming on as a substitute, Pellistri produced a delightful cross for Mathias Olivera in the box, but his thumping header was straight at goalkeeper Diogo Costa.

Pellistri continued to cause plenty of problems for Portugal with his pace and direct running. He squared in a lovely pass for Maxi Gomez, whose first time shot hit the woodwork.

His efforts were in vain as Uruguay suffered a 2-0 loss, but he should fancy his chances of reclaiming a starting spot when his country face Ghana on Friday afternoon.

Pellistri was superb with his cameo last night. He produced two key passes and completed 100 per cent of his crosses. He was accurate with eight of his 11 passes attempted.

The youngster clearly has plenty of potential in him. In our view, United must resist the prospect of selling the winger when the transfer window reopens in the New Year.

Pellistri is said to be keen on a permanent exit, having been an unused substitute under manager Erik ten Hag this term. However, there could still be time for a turnaround.

His World Cup showing will have caught the eye of Ten Hag. It remains to be seen whether the Dutch tactician is prepared to hand the Uruguayan with his breakthrough.

He won’t start regularly with Antony being an undisputed pick on the right wing, but could be a valuable option off the bench ahead of an underperforming Anthony Elanga.