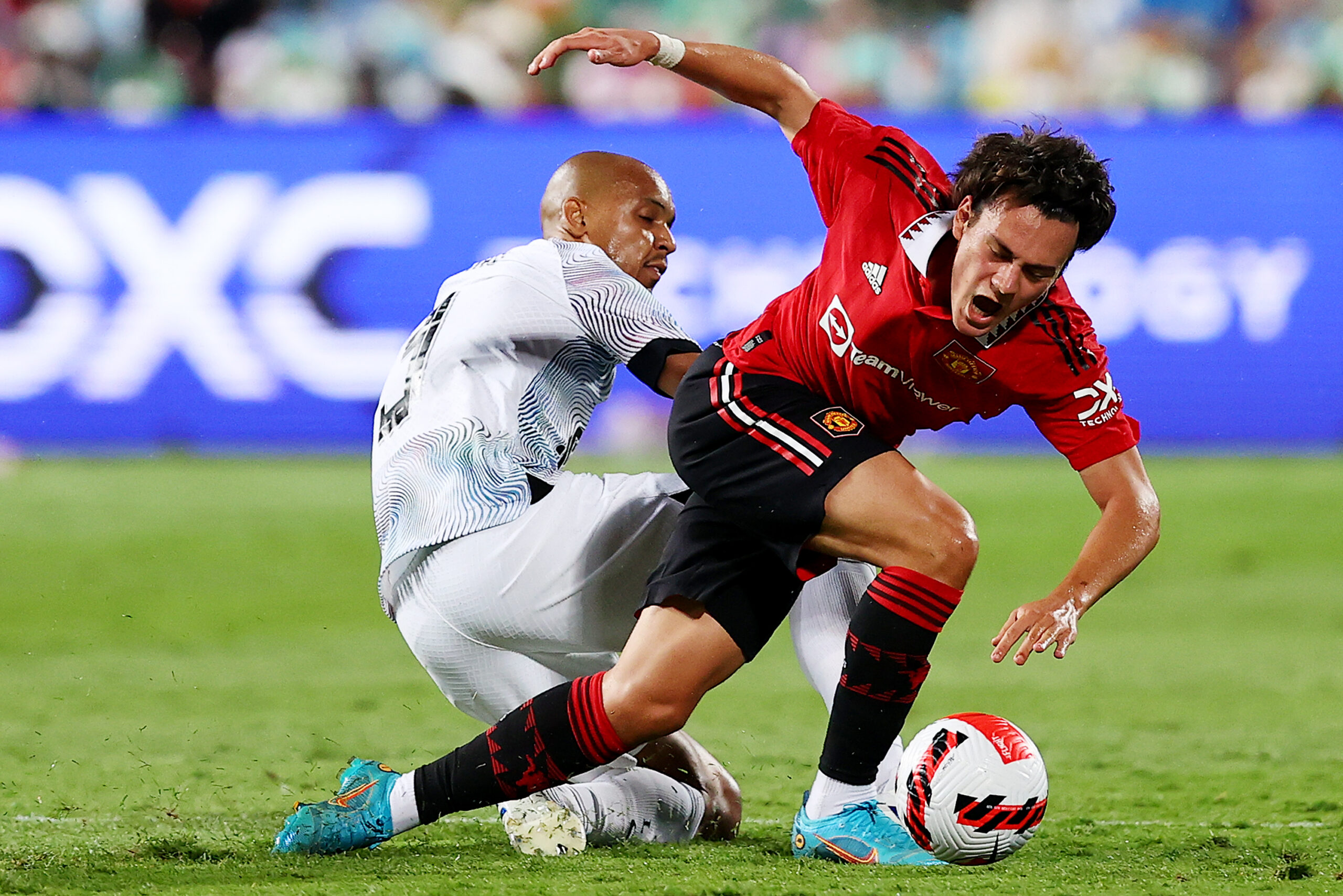 Manchester United youngster Facundo Pellistri could be set for a January exit after the latest snub from manager Erik ten Hag.

The 20-year-old received splendid news on Thursday afternoon as he was picked by Uruguay for the upcoming World Cup.

It was anticipated that he could go on to make his United debut later in the day, but the youngster was left on the bench.

The right winger was an unused substitute for the 12th-straight game. Anthony Elanga got the nod over him in the second half.

With United trailing 2-1 at the hour mark, Erik ten Hag’s decision to pick Elanga on the right wing was probably justified.

Elanga is experienced within the United ranks compared to Pellistri, who has yet to make a competitive appearance for them.

However, the youngster should feel aggrieved by the latest snub and we won’t be surprised if he moves on in the New Year.

His agent has already said that a winter exit is ‘imminent‘ if the youngster goes on to shine for Uruguay at the World Cup finals.

Pellistri is also said to be ‘determined‘ to leave United. He is eyeing a permanent transfer rather than a short-term loan.

His showing in Qatar could have a big say on his future. The club spent €8.5 million to sign him from Penarol in 2020.

United are open to a sale this winter to ‘make some cash‘. They will surely want to recoup the entire fee paid for his services.

Aside from the Uruguay, Aaron Wan-Bissaka and Donny van de Beek are among other players that could leave in January.

Van de Beek has not done anything to justify his place in the squad while Wan-Bissaka is completely out-of-favour this term.

Tyrell Malacia or Victor Lindelof could be picked ahead of him at right-back against Fulham with Diogo Dalot suspended.