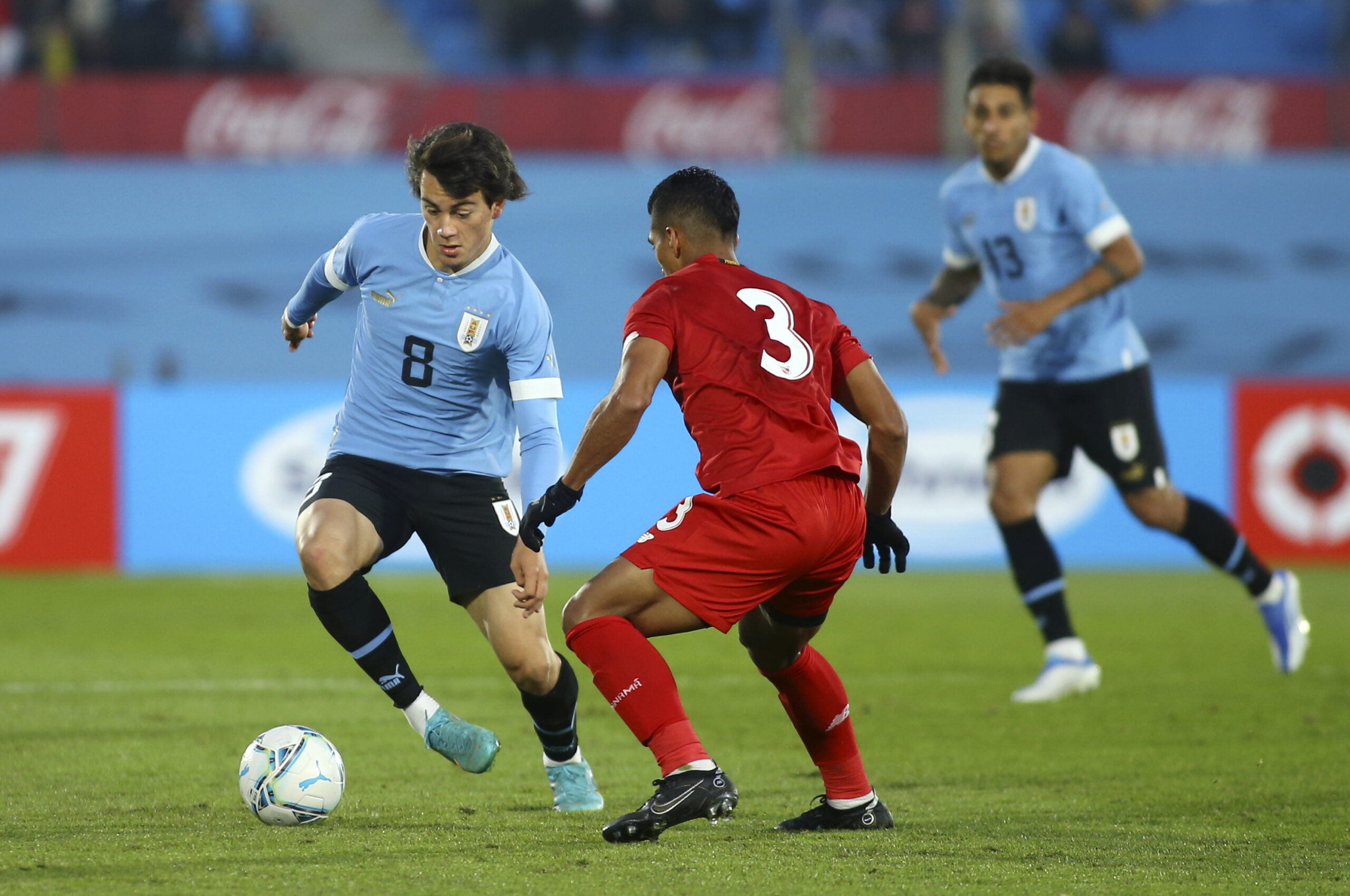 Manchester United winger Facundo Pellistri is determined to leave the club on a permanent basis this winter, according to Spanish publication AS.

The Uruguayan youngster joined the Red Devils from Penarol for €8.5 million in the summer of 2020, but he has yet to make his competitive debut for them.

Pellistri suffered an ankle injury before the end of pre-season and since his comeback, he has been an unused substitute for 11 straight games for United.

It is now reported that the 20-year-old is ‘determined’ to leave United and his departure could depend on how he performs during the upcoming World Cup.

Pellistri could easily receive loan offers with his wages of €1m per year, but he is said to be keen on leaving the Red Devils for good in the New Year.

United are also open to parting ways with Pellistri if they can make ‘some cash’ out of him.

A crucial World Cup lies ahead for Facundo Pellistri

Pellistri has been waiting for his United debut and it could happen on Thursday night when Aston Villa visit Old Trafford for the third round of the Carabao Cup.

Manager Erik ten Hag should ring in the changes for the Cup outing and in our opinion, Pellistri could make his maiden bow for the club, most likely off the bench.

Regardless of this, Pellistri could head for the exit door in January. A loan exit has been talked about, but a permanent transfer away won’t come as a huge surprise.

The right-winger recently had an 18-month loan spell at Alaves where he failed to make a single goal contribution. However, his fortunes have been different with Uruguay.

Pellistri has three assists from seven caps for his country. He is valued highly by manager Diego Alonso, who called him up last month as soon as he recovered from his injury.

United will be hoping that Pellistri can put on a show for Uruguay at the World Cup to invite transfer bids. They will surely want to recoup the fee paid to Penarol for his services.