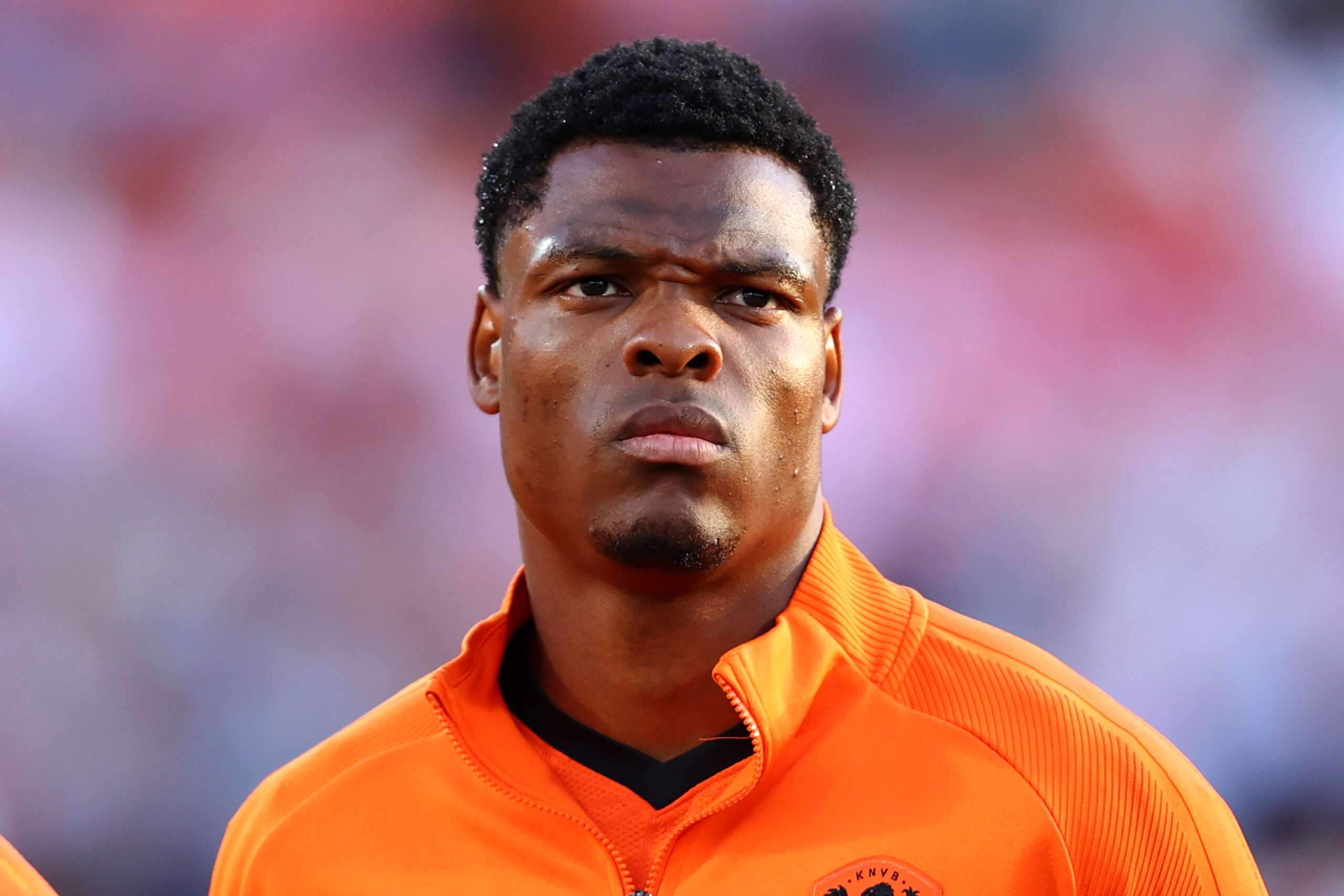 Right-back is clearly an area where Ten Hag wants to strengthen at Old Trafford, with concerns as to whether Aaron Wan-Bissaka is actually good enough.

United reportedly want to sign Malo Gusto from Lyon (Media Foot), and the 19-year-old may well be a more realistic transfer target for Ten Hag in January.

The Italian journalist has been speaking to GiveMeSport about the future of the Inter ace, and whether he will be heading to Old Trafford in the January window:

“I don’t see them honestly investing crazy money on that position. So, when I see links to Denzel Dumfries, it’s true that they are pursuing the player, but I think it’s going to be really difficult for them to sign Dumfries in January especially having a budget limited because of the Glazer situation and also because they need a striker. So, I don’t see the Dumfries deal available for Man United in January.”

Described as an explosive right-back by the Chronicle, Dumfries would be a big upgrade on Aaron Wan-Bissaka in our book.

In 33 Serie A appearances for Inter Milan last season, Dumfries bagged five goals and four assists. During those outings, he averaged one tackle per game. The 26-year-old is elite in our view.

He is an all-action defender with energy, stamina and athleticism in abundance. Dumfries has been described as a ‘real powerhouse’ by the Northern Scot.

The Inter Milan star produced the goods on the world stage for Holland out in Qatar this winter. His performances for his country undoubtedly would have driven up his price. He’s valued at around €60 million (£53m) by Inter Milan (Sempre Inter).

Dumfries has plenty of experience despite his fairly tender years and he is a real competitor. He has exactly the kind of character United need and have lacked over the past few years. He would take United to another level entirely.

Unfortunately for United though, it seems as though they won’t be signing Dumfries in January. Or that’s what Romano claims anyway.