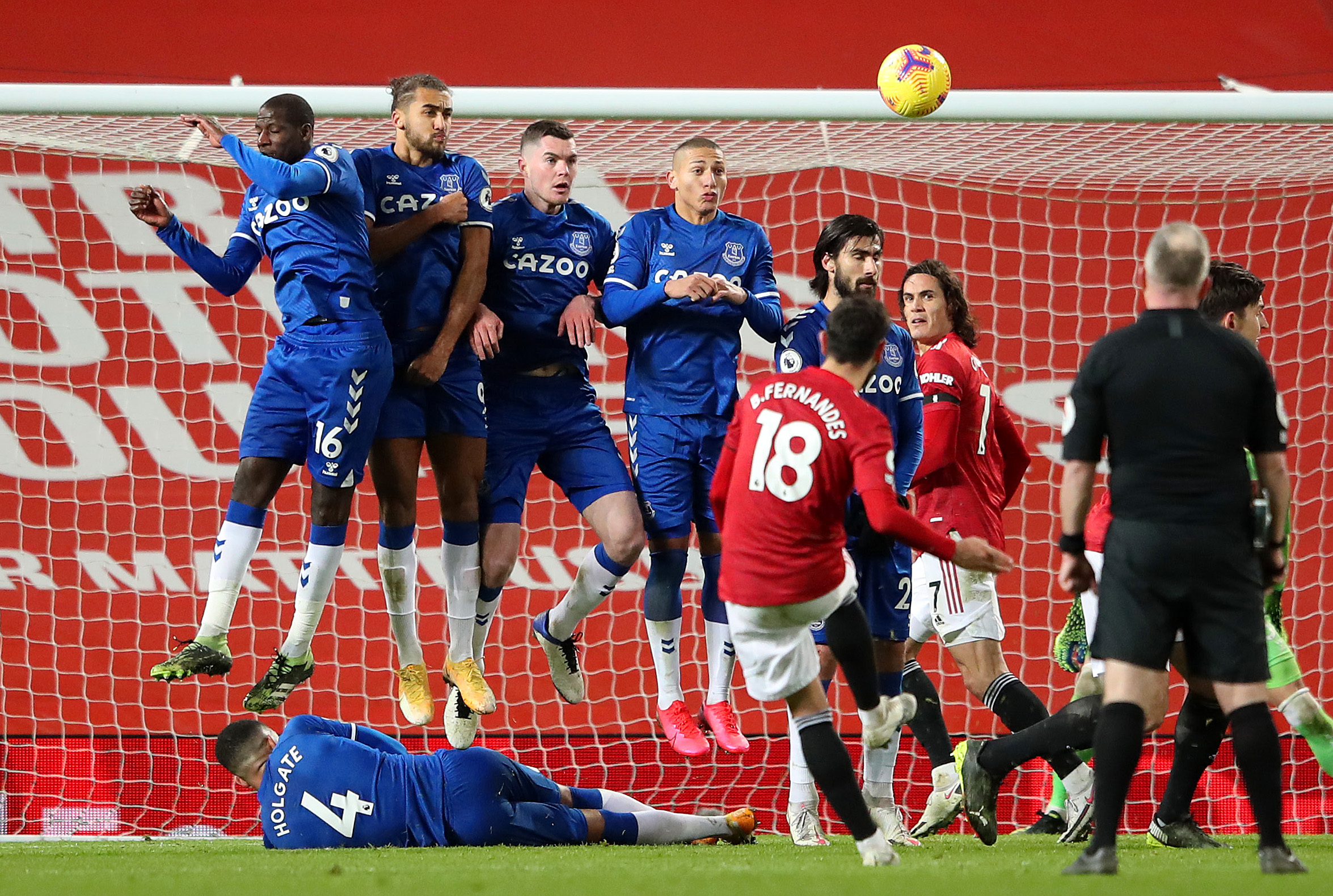 The Red Devils could have been level on points with league leaders Manchester City if they had managed to take full points from this encounter.

However, they allowed the visitors back in the game in the second half after making an impressive start.

Edinson Cavani continued his superb form and struck the first blow for United after Marcus Rashford delivered a good cross.

Bruno Fernandes doubled the advantage for the hosts by lifting the ball brilliantly over Robin Olsen.

With United 2-0 up, the second half should have been comfortable for the home side, but David de Gea’s mistake gifted Abdoulaye Doucoure a goal after the interval. And then James Rodriguez popped up with the equaliser to make a big comeback for the Toffees.

Scott McTominay’s 70th-minute header seemed to have secured victory for United, but the Old Trafford fans were disappointed when Calvert-Lewin’s late intervention made sure the spoils were shared.

United will now return to action against West Ham United in the fifth round of the FA Cup on Tuesday before travelling to West Bromwich Albion next weekend in the Premier League.