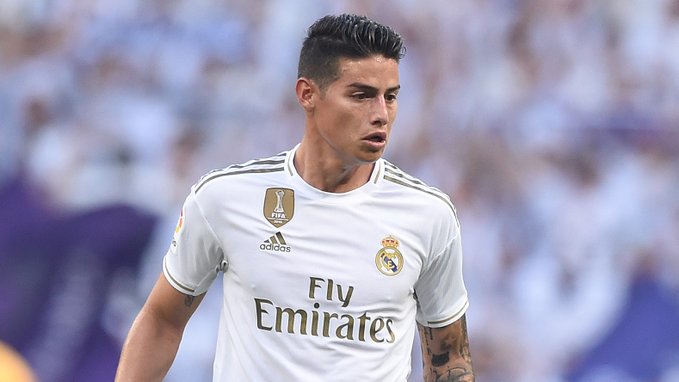 Fabrizio Romano states that Everton and boss Carlo Ancelotti are in “advances talks” to sign James Rodriguez. The deal is expected to be finalized in the next few days.

The decorated talisman has won 21 trophies in his illustrious career whilst being directly involved in a goal every 112 minutes. He was also the top scorer at the 2014 world cup which earned him a then record-breaking €75m transfer to Real Madrid.

Marca claims that the Colombian has made it clear to the white outfit that he wants to leave the club this summer and that Real Madrid may be forced to sell him at a bargain price in the €25m range as his contract expires in a year.

Manchester United were linked with the right-winger earlier this month and 90min claims that agent Jorge Mendes was “pushing” James to accept the Red Devils’ offer.

Rodriguez has been a Real Madrid player since 2014 but has only played 60 full league games for the Whites. He has fallen down the pecking order.

Real Madrid planned to raise a reported amount of £160m in this window selling some of their players. The likes of Luka Jovic, Gareth Bale and James Rodriguez are the top names on their selling list.

United could’ve really used a versatile player like Rodriguez who could play as a striker, right-winger and a central attacking midfielder.